The debate that wasn't held

CNN missed a golden opportunity by deciding not to sponsor the final Super Tuesday debate with the GOP Presidential candidates. It reportedly made that decision after being informed that both Mitt Romney and Rick Santorum had decided to withdraw from the debate, and Ron Paul was feeling iffy. After an unprecedented 20-plus debates already this election season, Santorum and Romney (who are friends offstage) had privately decided that the debate would serve only the purposes of Newt Gingrich.

That seems reasonable enough. But hold on a minute. What if CNN had announced it would hold the debate as scheduled, no matter what? If Romney and Santorum didn't want to come, so be it. You know Ron Paul would have been back in like a flash, because the debates have been invaluable to his underfunded campaign. 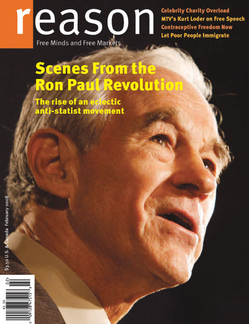 The debates have fallen into a miasma of sameness, with the usual sound bites recycled endlessly. The purpose of the candidates is to get through them safely without putting their feet in their mouths. This late in the season, there's little chance of anyone springing a surprise except by mistake, as when Mitt described himself as a "severe conservative." The press and viewers are united in one hope: That someone will make an error.

But imagine Ron Paul and Newt Gingrich sharing the stage. Paul has already thrown down the gauntlet by accusing Newt of not being a "true conservative." No matter what that charge means, no one is likely to make it against Paul.

Two men on stage. They can run, but they can't hide. Ron Paul would flourish in such a format. He is the most plain-spoken and articulate of the candidates, the master of the zinger, the expert in sound bites, the most gifted at saying what he thinks directly and with humor. Against his verbal skills, poor fuzzy-mouthed Gingrich would be cruelly mismatched. 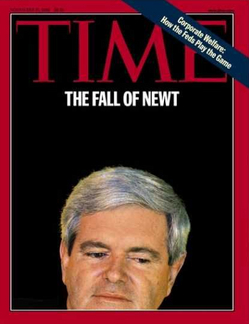 It doesn't matter so much how they differ in their opinions. What matters is the impression they give. With four or more candidates on stage, each one gets a breather before the moderator cycles back his way. In a one-on-one, I have a feeling Newt would flounder. I cannot in all sincerity understand what he stands for, except for himself. His platform reads: "Vote for Newt." The rest of his statements seem vaguely self-serving, and if there's anything I can't stand, it's vagueness.

Ron Paul, on the other hand, has a well-defined political philosophy, has been refining it for years, and can think on his feet. Some of his proposals terrify me, but at least I know what they are. Newt expresses himself in platitudes. He accused Romney of speaking in "pious baloney." Did he feel ripped off?

The most famous political debates in American history were the Lincoln-Douglas debates. Two intelligent candidates, mutually respectful, riding the debate trail on their own horses from town to town, speaking at length in an unstructured format. As recently as the 1950s, the Illinois Senators Paul Douglas and Everett McKinley Dirksen appeared together on WGN radio for free-wheeling Sunday morning debates, and they weren't even running against one another. 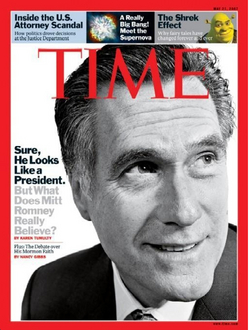 Now the candidates move surrounded by a scrum of debate coaches, spin doctors, PR strategists and makeup artists. Imagine two candidates set free to go at each other--especially if one is Ron Paul, who can hardly commit a gaffe because you can't really put anything beyond him. The flood of multiple GOP debates has not been a good thing for the party, serving to dramatize how candidates cycle in and out of the lead. Was it only yesterday that Newt had his original momentum? Herman Cain? Both suffered bimbo eruptions. As a general rule, if you're planning to run for office, it's best to keep your genitals in the corral. And if you are gay, as Mitt Romney's former Arizona chairman has just discovered, it's best to be a Democrat.

Like everyone else, I was astonished that John Edwards thought he could get away with his peccadilloes. How stupid can you get? Remember Gary Hart, who dared the press to follow him--and they did? I have an old friend named Regan Burke who has been an operative in many campaigns, including Hart's. If you recall, after Hart dropped out of the race, he decided to jump back in again a month later, and sent out a recruiting appeal to his former staffers. 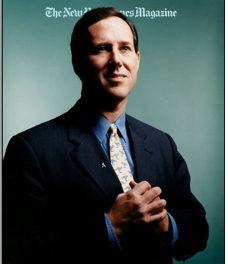 I gave thanks a few weeks ago to Newt for vowing to take his fight for the nomination all the way to the Republican National Convention. That at least could bring about a convention with the promise of more excitement than a coronation. Now many Republicans have taken up the call for a brokered convention, because the bruising GOP primaries may leave the party with no candidate who is both plausible and unscathed. Even Mitt Romney, who seems to be the obvious choice, may be eaten by his pack mates. Of course there is always good old steady Ron Paul. He has the distinction of being the only candidate who is too conservative to be nominated.

Yesterday word came from Wasilla that Sarah Palin considers herself "available." No doubt she will be found in a hotel suite in late August in Tampa Bay, still conspicuously available. How does that greatest of American novels, The Great Gatsby, end? "And so we beat on, boats against the current, borne back ceaselessly into the past."

Note: I revised "Florida" to read "Super Tuesday," after reader Clay Teague jogged me with this.. Everything else applies.   Photo credit: Top photo of Newt Gingrich and Ron Paul by Associated Press.