Not in defense of Armond White 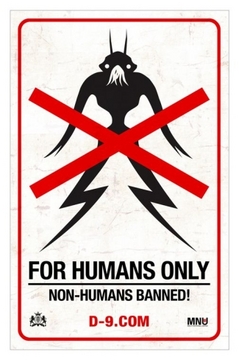 On Thursday night I posted in entry in defense of Armond White's review of "District 9." Overnight I received reader comments causing me to rethink that entry, in particular this eye-popping link supplied by Wes Lawson. I realized I had to withdraw my overall defense of White. I was not familiar enough with his work. It is baffling to me that a critic could praise "Transformers 2" but not "Synecdoche, New York." Or "Death Race" but not "There Will be Blood." I am forced to conclude that White is, as charged, a troll. A smart and knowing one, but a troll. My defense of his specific review of "District 9" still stands. Here is my original entry:

An online friend sent me an e-mail: "I wonder if you've caught the firestorm of reader reactions to Armond White's (negative) review of the film, which has sadly inspired a sort of virtual lynch mob among readers on Rotten Tomatoes. A few readers have tried to interject in defense of free speech and free criticism, but as you know, this is how it goes on the internet." I went to the comment thread and found, at that time, 14 pages of comments excoriating White for his negative review of "District 9." Bear in mind this was before most of those readers could have seen the film.

Some of them seemed pissed primarily because White had "spoiled" the movie's perfect TomatoMeter reading (at that point it was his negative review versus 49 positives). Others focused on his customary contrarian position; Armond White can be counted on to vote against the majority on film after film. I'm not going to pretend I read all 14 pages, but I did a lot of jumping around and didn't find a single comment defending the film itself.

It was White's sheer bloody-mindedness that got to them. Unlike the apparent majority of those readers, I have seen the film. It enraged some readers when White wrote, "That cartoonish Mothership image suggests the high-concept inanity featured in 'Children of Men' and 'Cloverfield:' It's apocalyptic silliness. Not ominously beautiful like the civilization-in-peril tableau that caps Roy Andersson's 'You, the Living'."

WTF? You, the Living? The Swedish-Danish-Norwegian-German co-production playing in a few art theaters? Yes, "You, the Living," which does have a hell of an ending. White's comparison is completely reasonable. Roy Andersson's "You, the Living" is certainly a better film. I fear those readers heads may explode if they learn that "We, the Living" is one of only three films so far this year with a perfect 100% reading on the Meter. No, you haven't hard of the other two, either.

White is correct that "District 9" ends in "apocalyptic silliness." Let's face it. It does. It is also completely relevant for him to devote much of his review to the political subjects not buried very far beneath the movie's surface. The film is clearly a parable inspired by the South African system of apartheid. Anyone who doesn't see that hasn't looked. Or, more likely, didn't know what they were seeing, since it may be optimistic to expect the posters to have heard of apartheid. 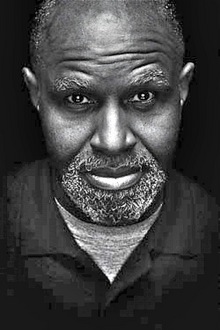 I won't take your time here to list the parallels between this sci-fi popcorn movie and South African history. I briefly mentioned some of them in my own review, and will limit myself to pointing out the white hero's name, van der Merwe. Among white Afrikaners, that is a name as common as Smith or Jones. More to the point, it is the name used in a whole genre of ethnic jokes told by South African non-Afrikaners of all races. Van der Merwe is clueless and a very slow study, and that is possibly the point of the name's use here.

Time out for a van der Merve joke. The Cape Province asks for bids on a tunnel through Table Mountain. Germany bids $50 million, the U.S. bids $75 million, and van der Merwe bids $100.

"Ach, man, I'll start on one side, my son will start on the other, and we'll dig toward each other."

"What if you don't meet in the middle?"

"Then you'll get two tunnels for the price of one."

Joke over. The question is, what exactly is "District 9," filmed on location in outside Johannesburg, saying about apartheid? The holding area for the aliens looks exactly like the "locations" outside major South African cities which were built so that non-whites could be evicted from their homes and moved there. The alien shacks look so much like the housing I saw in a visit to Soweto that I wouldn't be surprised to learn they shot on actual locations. The barbed wire, the armored vehicles, the white military presence, all familiar from 30 years ago.

My purpose is not to discuss South African history, but to point out that White is justified in bringing it up in his review. The fact that you don't know what someone is writing about is not a real good reason for disagreeing with him. 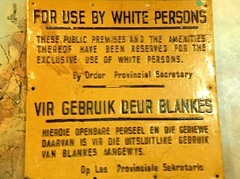 More to the point is White's reputation as a critic who "doesn't like anything." This is not true. It would be more accurate to say he dislikes a great many films approved of by fanboys. The last Tomatoes lynch mob raised against him was for his dislike of "Star Trek." Man, did they hate him for that! You may be surprised to learn that White agrees (or, for that matter, disagrees) with the TomatoMeter exactly 50% of the time. Although I agree that the Meter is no gauge of a critic's quality, it looks to me like White is the epitome of the ideal critic, positioned smack dab in the middle of the scale.

What makes him seem so contrarian is that the movies he loves and hates are frequently not the movies most people love and hate. "Nobody has ever heard" of some of the movies he loves. Is it a flaw of a critic if he loves a film you've never heard of? Maybe he's on to something. Nor is White a snob. He wrote that Spielberg's "A.I.," was "as profoundly philosophical and contemplative as anything by cinema's most thoughtful, speculative artists--Borzage, Ozu, Demy, Tarkovsky." Of course even that quote is a mine field--for other critics, who might not place Borzage and Demy on the same list with Ozu and Tarkovsky--but less offensive to readers, who may have heard of none of them.

Yes, White disagrees with most people most of the time, and some people all of the time. Why is this a fault? He's an intelligent critic and a passionate writer, and he knows a very great deal about movies, dance, and many other things. His opinion is often valuable because it is outside the mainstream. He works for the New York Press, an alternative paper, and why should such a paper offer a conventional critic? 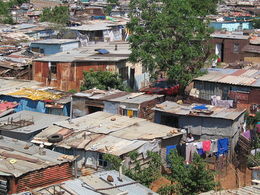 Soweto, outside Joburg: Does this resemble a set for "District 9?"

Let's move on to the reasons those countless readers (and also those who posted at the New York Press under his review) hate him for what he wrote about "District 9." I write this on the night of August 13. The movie opens tomorrow. Some of them may have seen it at a preview, although it did not have extensive promotional screenings. Why do they already like it? Because it is this weekend's movie that everybody is going to see.

The movie was a the big hit at ComicCon this year. They've seen the trailer online. On YouTube alone, one trailer has 350,0000 views. It shows creepy insectoid aliens who get blown up real good. It also has the subtext of us against them--outsiders, unwanted visitors. "Why won't they go home?" Am I hypersensitive in sensing a tinge of anti-immigrant feeling here? Who would ever dream this might be a political parable? Who among the trailer fans will see it that way? The pre-fans of "District 9" hate Armond White for spoiling the 100% rating and thereby invalidating 100% support for their weekend movie choice.

Here's an obvious question: Why have most of the other critics, me included, approved of the film? Well, it is undeniably original in its depiction of an alien culture, and challenges the usual movie assumption that aliens will be either superior beings, or very hostile ones. These aliens are simply other intelligent creatures, weak and far from home, and angry at their mistreatment. And in certain shots they look almost like Transformers. It's up to us to do battle with them.

The movie is deeper than that, but doesn't make a point of it. The writer-director, Neill Blomkamp, was born and raised until 18 in South Africa. He knew exactly what his film was about, and exactly what he did not want it to seem to be about. Remove the CGI spaceship over Johannesburg, make the aliens into black South Africans, and you would have a hard-hitting depiction of apartheid and unmistakable echoes of the Sharpeville massacre.

Is that what he intended? Why not? I like to repeat, "If you have to ask what something symbolizes, it doesn't." With "District 9," you don't have to ask. Armond White was pretty much on the money.

"Ten Armond White quotes that shook my world," by Steven Boone of the House Next Door.

The trailer for "District 9."

A scene from Andersson's "You, the Living"