My new job. In his own words. 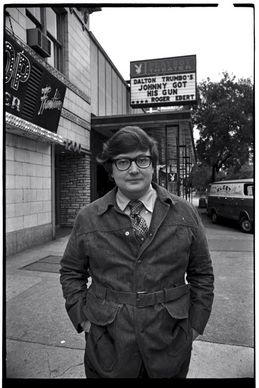 My new voice belongs to Edward Herrmann. He has allowed me to use it for 448 pages. The actor has recorded the audiobook version of my memoir, Life Itself, and my author's copies arrived a few days ago.

Listening to it, I discovered for the first time a benefit from losing my own speaking voice: If I could still speak, I suppose I would probably have recorded it myself, and I wouldn't have been able to do that anywhere as near as well as Herrmann does.

My editor, Mitch Hoffman, suggested a few readers he was confident would do a good job. Herrmann's name leaped up from his email.

I've always admired his acting, and there is a little newspaperman in his lineage: He played William Randolph Hearst in Bogdanovich's "The Cat's Meow." If my voice is performed by the actor who played Hearst, doesn't that make me only two degrees of separation from Orson Welles? My math may be shaky.

Edward Herrmann is a pro. He positions the material in the foreground but he never tries to sell it. He brings it into existence clearly, concisely, with flawless control of timing and tone. It doesn't sound as if he's "reading." It sounds like he might have had these memories -- as if he's confiding events and conversations he remembers. He's friendly, but not like some affable uncle crowding you on the sofa. He doesn't insist that we listen. 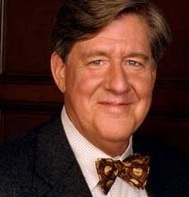 There are a lot of people quoted voices in the book. Lee Marvin. John Wayne. Robert Mitchum. Werner Herzog. Ingmar Bergman. Robert Altman. Their voices are familiar. Herrmann doesn't try to do imitations. He evokes them, with control and tact. Mike Royko and Studs Terkel are Chicagoans. My friend John McHugh is Irish. My friend Billy Baxter sounds like he's stepped from the Broadway of Damon Runyon. Herrmann has never heard them. He creates voices for them that in my opinion allow you to understand who they are. Few people still alive knew my parents. They live in the audiobook, because he sounds as he he knew them, and is remembering.

I've been a lifelong reader. My love for physical books is old and deep. I also love audiobooks, and have listened to probably 300 of them. Sometimes they stay with me better than the printed ones. I avoid abridgments in most cases, and listened to Simon Callow read all 12 novels in Anthony Powell's A Dance to the Music of Time twice. Every word. It became part of my experience. Now I'm re-reading it in print, and I can hear the voices. 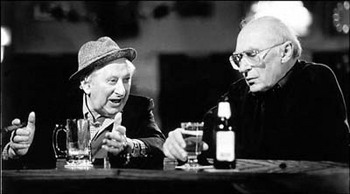 I tried to read Patrick Suskind's Perfume and never really got into it. Then I listened to Sean Barrett reading it, and it was so enthralling that if it was playing in the car I'd leave the engine idling for half an hour in the alley while an chapter finished. I started James Joyce's Ulysses several times and always bogged down. After I heard it performed by Jim Norton and Marcella Riordan, I got it. It's all voices. Hearing them from readers who knew such people, I could finally hear them in my mind.

The Diary of Samuel Pepys is so long I certainly would never have read it, although I own two hardbound editions. I get slowed down by the period spelling and language use, and the unfamiliar expressions. I listened to Kenneth Branagh's performance, and it was like being confided in by a naughty, delightful friend. Pepys is human, flawed, sinful, determined to improve. A gossip. A statesman. A rogue. He joins the crowd in my mind.

It's safe to say I'm familiar with Life Itself. I lived those events, knew those people, wrote those words, copy-read them on my computer, a second time on galleys, and finally on page proofs. I thought I'd slip the Herrmann version into the machine for a test drive. I couldn't stop listening. He was telling me my own story, and he made me want to hear what came next.

Pre-order Life, Itself as book or audiobook:

(Photo in front of Playboy theater by the great Art Shay).

Join a discussion on the "Life Itself" Facebook page.