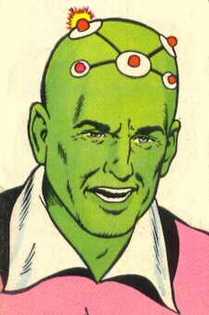 Roger Ebert is a moron! Transformers 2 is the best action movie ever. Don't listem to that moron! He is only into slow boring romantic movies. That is his type of movies. Michael Bay did a great good. Roger... your an old fart! John C

Having now absorbed all or parts of 750 responses to my complaints about "Transformers," I suppose I shouldn't be surprised that most of those writing agree with me that it is a horrible movie. After all, look where they've chosen to comment. There have, however been some disagreements that I thought were reasonable. These writers mostly said they had a thing about the Transformers toys of their childhoods, or liked the animation on TV, or like to see stuff blowed up real good. In that case. Michael Bay is your man. If you enjoyed the movie, there is no way I can say you're wrong. About yourself, anyway.

Another common line of attack was disturbing. It came from people who said I was out of touch with the tastes of the audience. That the movie's detractors (lumped together as "the critics") like only obscure movies that nobody else does--art films, documentaries, foreign films, indies, movies made 50 years ago--even, God forbid, "classics." One poster argued that "Transformers" was better than that boring old movie "Casablanca."

I was informed I didn't "get" Michael Bay. I was too old, "of the wrong generation," or an elitist or a liberal--although not, I was relieved to find, a "liberal elitist." It seems to me "Transformers" also qualifies for conservative scorn. It is obliviously nonpartisan. Yet one commented said I hated the movie because it was an attack on President Obama. I was afraid to say I hadn't noticed that, because then I would be told I hadn't even seen the movie. It is possible to miss many of the plot points, strange in a movie with so few of them. Veiled in-jokes about politicians and famous people, popular in animation and mass market movies, come with the territory. I enjoy them. The apparent reference to Obama was no big deal, although a reader from Germany told me the actual name "Obama" was used in the German dub. That possibly didn't happen without Bay hearing about it. 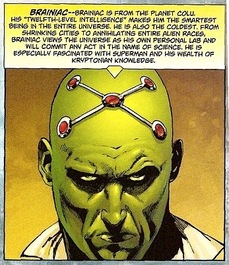 "Brainiac:" Must be a critic. Thinks he knows it all, and never likes anything. (Click to enlarge.) Copyright © DC Comics.

But am I out of touch? It's not a critic's job to reflect box office taste. The job is to describe my reaction to a film, to account for it, and evoke it for others. The job of the reader is not to find his opinion applauded or seconded, but to evaluate another opinion against his own. But you know that. We've been over that ground many times. What disturbs me is when I'm specifically told that I know too much about movies, have "studied" them, go into them "too deep," am always looking for things the average person doesn't care about, am always mentioning things like editing or cinematography, and am forever comparing films to other films.

I've "forgotten what it's like to be a kid," another poster told me. One of the most-admired contributors to this blog, who signs herself "A Kid.," is 12 years old. She hasn't forgotten. Neither have many other readers of middle school age. Their posts give me hope for the future. For them, to be a kid is not to be uncritical or thoughtlessly accepting. They seek magic, and don't find it in the brutal hammering of "Transformers."

A reader named Jared Diamond, a senior at Syracuse, sports editor of The Daily Orange, put my disturbance eloquently in a post asking: "Why in this society are the intelligent vilified? Why is education so undervalued and those who preach it considered arrogant or pretentious?" Why, indeed? If sports fans were like certain movie fans, they would hate sports writers, commentators and sports talk hosts for always discussing fine points, quoting statistics and bringing up games and players of the past. If all you want to do is drink beer in the sunshine and watch a ball game, why should some elitist play-by-play announcer bore you with his knowledge? Yet sports fans are proud of their baseball knowledge, and respect commentators who know their stuff. 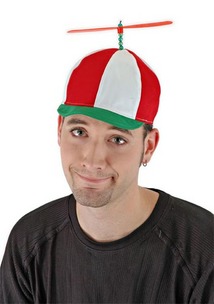 It's true that many Americans have an active suspicion and dislike of the "educated." They ask, "what makes you an expert?" when they're really asking, "what gives you the right to disagree with me?" The term "college graduate" has become in some circles a negative. Hostility is especially focused on the "Eastern Elite," to the chagrin of we Midwestern Elitists. To describe someone as a "Harvard student" is to dismiss them as beneath consideration. You can often hear the words "so-called" in front of words like scientist, educator, philosopher. I don't believe this is intended to imply that the person involved is not a scientist, etc., but to suggest that no one calling himself such a thing is to be trusted--because he is no doubt many other undesirable things.

While I am eager, in the words of my alma mater's song "Illinois Loyalty," to back you to stand, against the best in the land, I envy the hell out of anyone who has gotten himself into Harvard, especially with his mind and not his parents' clout. Some people believe it is the best university in America. Why must that be a mark of shame?

I never took a film class. I will not bore you with yet another recitation of my rags-to-riches saga, my hard-won film education, and blah, blah, blah. Let's just say I started out with a lot to learn, and am still trying to learn as much of it as I can. There are people who know so much more about film than I do, it makes me all but weep with gratitude when they deign to speak with me. Two words: David Bordwell. That he speaks to everyone in clear and eloquent prose speaks for itself. It isn't that he "thinks he knows more than anybody else." It's that he does. It's like he happens to know a lot of interesting stuff, and is happy to share it with you.

Now about those who sincerely believe "Transformers" is a good, even a great, film. I sincerely believe they are wrong. I don't consider them stupid--at least, not (most of) the ones who write to me. Some of the posters at certain popular web forums are nine blooms short of a bouquet. But on the other hand look at the spirited discussions on the movie forums of the all-Transformers-all-the time seibertron.com, where a Paramount exit poll showing "90% of those polled thought the second film was as good or better than the first one" has been received with ridicule. Significantly, those are moderated forums. 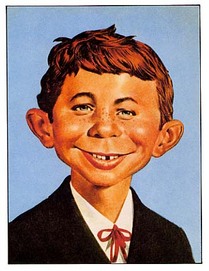 Hollywood studio executive: What, me worry?

So let's focus on those who seriously believe "Transformers" is one of the year's best films. Are these people wrong? Yes. They are wrong. I am fond of the story I tell about Gene Siskel. When a so-called film critic defended a questionable review by saying, "after all, it's opinion," Gene told him: "There is a point when a personal opinion shades off into an error of fact. When you say 'The Valachi Papers' is a better film than 'The Godfather,' you are wrong." Quite true. We should respect differing opinions up to certain point, and then it's time for the wise to blow the whistle. Sir, not only do I differ with what you say, but I would certainly not fight to the death for your right to say it. Not me. You have to pick your fights.

What I believe is that all clear-minded people should remain two things throughout their lifetimes: Curious and teachable. If someone I respect tells me I must take a closer look at the films of Abbas Kiarostami, I will take that seriously. If someone says the kung-fu movies of the 1970s, which I used for our old Dog of the Week segments, deserve serious consideration, I will listen. I will try to do what Pauline Kael said she did: Take everything you are, and all the films you've seen, into the theater. See the film, and decide if anything has changed. The older you are and the more films you've seen, the more you take into the theater. When I had been a film critic for ten minutes, I treated Doris Day as a target for cheap shots. I have learned enough to say today that the woman was remarkably gifted.

Those who think "Transformers" is a great or even a good film are, may I tactfully suggest, not sufficiently evolved. Film by film, I hope they climb a personal ladder into the realm of better films, until their standards improve. Those people contain multitudes. They deserve films that refresh the parts others do not reach. They don't need to spend a lifetime with the water only up to their toes. 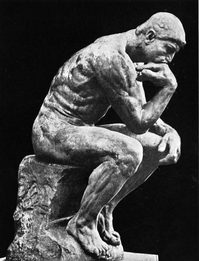 Do I ever have one of those days when, the hell with it, all I want to do is eat popcorn and watch explosions? I haven't had one of those days for a long time. There are too many other films to see. I've had experiences at the movies so rich, so deep--and yes, so funny and exciting--that I don't want to water the soup. I went to "Transformers" with an open mind (I gave a passing grade to the first one). But if I despised the film and it goes on to break box office records, will I care? No. I'll hope however that everyone who paid for a ticket thought they had a good time, because it was their time and their money.

The opening grosses are a tribute to a marketing campaign, not to a movie no one had seen. If two studios spend a ton of money on a film, scare away the competition, and open in 4,234 theaters before the Fourth of July, of course they do blockbuster business. The test is: Does the film have legs?

Major league Hollywood seems completely dominated by the belief that money can buy anything and justify anything. When a reader wrote to inform me that Michel Bay paid $8 million to the writers of the screenplay, I very much doubted it. Turns out that figure is correct. With numbers like that representative of big time Hollywood, I observe with Yeats that the best lack all conviction, while the worst are full of passionate intensity. No wonder. It pays better.

An intellectual, symbolic, boring old (1992) French TV commercial. To play, click HERE and not on the screen capture. 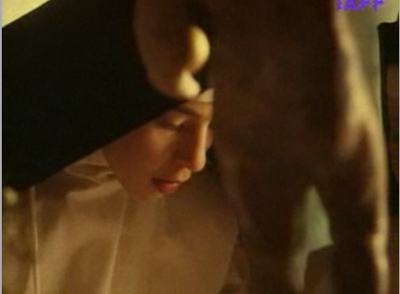