Having a wonderful time, wish you could hear 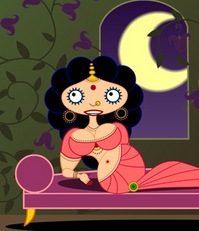 It hardly ever happens this way. I get a DVD in the mail. I'm told it's an animated film directed by "a girl from Urbana." That's my home town. It is titled "Sita Sings the Blues." I know nothing about it, and the plot description on IMDb is not exactly a barn-burner: An animated version of the epic Indian tale of Ramayana set to the 1920's jazz vocals of Annette Hanshaw. Uh, huh. I carefully file it with other movies I will watch when they introduce the 8-day week.

I get an e-mail from Betsy, my old pal who worked with me on The News-Gazette. "Did you see the film by the mayor's daughter?" This intrigues me. The daughter is named Nina Paley. I do a Google run and discover that Hiram Paley was mayor from 1973-1977. I am relieved. This means the "girl" probably didn't make the film as a high school class project. In fact, by my rapid mathematical calculations, she may have been conceived in City Hall. I used to cover City Hall. Worse things have happened there.

By this point, I'm hooked. I can't stop now. I put on the DVD and start watching. I am enchanted. I am swept away. I am smiling from one end of the film to the other. It is astonishingly original. It brings together four entirely separate elements and combines them into a great whimsical chord. You might think my attention would flag while watching An animated version of the epic Indian tale of Ramayana set to the 1920's jazz vocals of Annette Hanshaw. Quite the opposite. It quickens. I obtain Nina Paley's e-mail address and invite the film to my film festival in April 2009 at the University of Illinois, which by perfect synchronicity is in our home town. 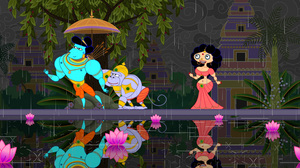 Rama, Hanuman the Monkey Warrior, and Sita
To get any film made is a miracle. To conceive of a film like this is a greater miracle. How did Paley's mind work? She begins with the story of Ramayana, which is known to every school child in India but not to me. It tells the story of a brave, noble woman who was made to suffer because of the perfidy of a spineless husband and his mother. This is a story known to every school child in America. They learn it at their mother's knee. Paley depicts the story with exuberant drawings in bright colors. It is about a prince named Rama who treated Sita shamefully, although she loved him and was faithful to him.

Of course there is a lot more to it than that, involving a monkey army, a lustful king who occasionally grows 10 heads, synchronized birds, a chorus line of gurus, and a tap-dancing moon. It coils around and around, as Indian epic tales are known to do. Even the Indians can't always figure them out. In addition to her characters talking, Paley adds another level of dialogue: Three voice-over modern Indians, ad-libbing as they try to get the story straight. Was Sita wearing jewelry or not? How long was she a prisoner in exile? How did the rescue monkey come into the picture? These voices are as funny as an SNL skit, and the Indian accent gives them charm: "What a challenge, these stories!"

Nina Paley: Could possibly be free for lunch
Sita, the heroine, reminds me a little of the immortal Betty Boop. But her singing voice is sexier. Paley synchs her life story and singing and dancing with recordings of the American jazz singer Annette Hanshaw (1901-1985), a big star in the 1920s and 1930s who was known as "The Personality Girl." Sita lived around 1000 BCE, a date which inspires lively debate among the three Indians discussing her. But when her husband outrageously accuses her of adultery and kicks her on top of a flaming pyre, we know exactly how she feels when Annette Hanshaw sings her big hit, "Mean to Me."
There is another level. In San Francisco, we meet an American couple, young and in love, named Dave and Nina, and their cat, named Lexi. Oh, they are in love. But Dave flies off to take a "temporary" job in India, Nina pines for him, she flies to join him in India but he is cold to her, and when she returns home she receives a cruel message: "Don't come back. Love, Dave." Nina despairs. Lexi despairs. Cockroaches fill her apartment but she hardly notices. One day in her deepest gloom she picks up the book Ramayana and starts to read. Inspiration begins to warm the cold embers of her heart.
There are uncanny parallels between her life and Sita's. Both were betrayed by the men they loved. Both were separated by long journeys. Both died (Sita really, Nina symbolically) and were reborn--Sita in the form of a lotus flower, Nina in the form of an outraged woman who moves to Brooklyn, sits down at her home computer for five years and creates this film. Yes, she reveals in her bio that her then-husband "terminated" their marriage while he was still in India. No ex-husband has inspired a greater cultural contribution since Michael Huffington. 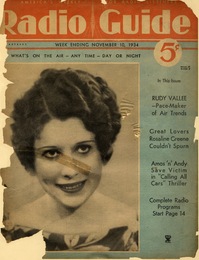 Annette Hanshaw: Why are you so mean to me?

One remarkable thing about "Sita Sings the Blues" is how versatile the animation is. Paley works entirely in 2-D with strict rules, so that characters remain within their own plane, which overlaps with others. This sounds like a limitation. Actually, it is the source of much amusement. Comedy often depends on the device of establishing unbreakable rules and then finding ways to cheat on them and surprise you. The laughs Paley gets here with 2-D would be the envy of an animator in 3-D. She discovers dimensions where none exist.

Consider Sita's curvaceous booty. When she sings an upbeat or sexy song, it rotates like a seductive pendulum, in counterpoint to her bodacious boobs. Look at those synchronized birds overhead. When they return they have a surprise, and they get a surprise. Regard the marching greybeards. Watch Hanuman's dragging tail set a palace on fire. The animation style of the scenes set in San Francisco and Brooklyn is completely different, essentially simple line drawings alive with personality. Look how Paley needs only a few lines to create a convincing cat. Sometimes, a little photography sneaks into the cityscapes, although you might overlook it.
I communicated with Paley about inviting her film, and then went to the film's website here to find out about her. She teaches at the Parsons School of Design, won a Guggenheim, and has come up with a plan that may be useful to all starving teachers of art: If you are a blogger and will take her out to lunch, she will plug your blog on her blog.
That's how to have lunch with Paley. But how can you see her film? "Sita" had its premiere at Berlin in February 2008, where it won a Silver Bear, and had its U.S. premiere at the Tribeca Film Festival in April. It has not found a distributor. Times are hard, and indie distributors are not rolling in available funds. To them, no doubt, this doesn't have the ring of box office gold: An animated version of the epic Indian tale of Ramayana set to the 1920's jazz vocals of Annette Hanshaw. Once they read that, and they're like me: Uh, huh. And if you were to read that description in the mailer from your local art house, would you drop everything and race through driving rain see it? Uh, uh.
So here is my plan. Beginning in Chicago, I will enlist a cadre of starving art teachers, vengeful wives and resourceful Indian-Americans to work with the mailing lists of Facets, the Music Box, the Landmark and the Gene Siskel Film Center. They will break into the houses of those film lovers, throw mails bag over their heads, chain them to seats in a movie theater, and allow them to watch "Sita Sings the Blues." If they don't love it, let 'em sue me.

Note: Unchain our movie lovers and call taxis for them. Unfortunately, it won't be that simple. Reader Karl Fogel informs me in the comments below: "The issue isn't the distributors. The issue is that the songs Annette Hanshaw sings (composed and recorded in the 1920s!) in the film are still restricted by copyright, and therefore no one is free to distribute a film that uses them, no matter how brilliant the film may be. So any distributor would need to pay thousands of dollars just to clear the rights. It's not surprising they're not lining up for the privilege." See his comment and a useful link near the top of the thread. 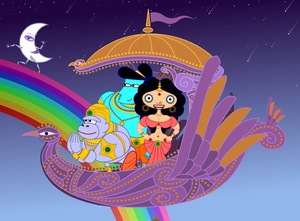 An excellent review by Marilyn Ferdinand and many stills.

Annette Hanshaw,"the voice of an angel" (thanks for the Radio Guide cover)

A sample of the Indian-American voice-over, as the three viewers try to recall the story from childhood:

The only film of Annette Hanshaw known to exist: