Friends & Memories: The Los Angeles Premiere of "Life Itself"

Soaking up the industrial chic of Warwick Los Angeles, I thought of how Roger would have appreciated the atmosphere of this post-screening party for "Life Itself." The waitresses walked through the crowd in platform high-heeled shoes while dressed in uniforms reminiscent of Betty Grable's famous pin-up.

The walls were mostly exposed brick, something rare in earthquake country Southern California but not in Illinois. Non-brick walls were painted in broad black and white stripes. Large black and white photographs of bare-breasted women decorated the walls. One photo was a larger than life full-frontal female nude. 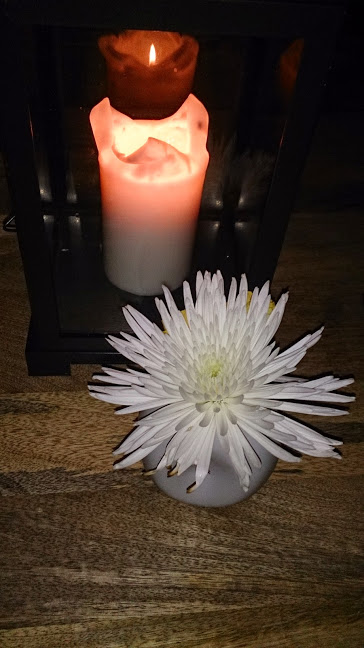 Roger had come to Hollywood once to immerse himself in the sexploitation side of Hollywood and Warwick Los Angeles was a retro version of that, cleaned up for hipsters into a bar (read lounge where drinks are curated). The DJ played dance tunes from the 1960s and 1970s (without any hint of disco excess).

My husband and I tangoed to the tune of "Brown-Eyed Girl" on the cement floors while Chaz greeted and chatted with people. The candlelight made the white chrysanthemums decorating the low coffee tables barely noticeable. Any other time, those flowers might have sent shivers up my spine. White chrysanthemums symbolize death in Japanese culture. Even three generations removed, that still resonated in me, making me what I am.

The Hollywood premiere of "Life Itself," held at the spacious and comfy ArcLight was the third time I viewed Steve James' documentary. The first time I was at home, half afraid to watch the live stream from Sundance as if seeing the film would make Roger's death final and real. Being mostly alone, my tears flowed unchecked until my two collies filtered in the room sweetly attempting to cheer me up until my tears were obliterated by slobbery kisses.

The second time I saw the documentary, "Life Itself" was the opening film for Ebertfest this year at the beautifully restored Virginia Theatre in Champaign, Illinois. Sorrow wrapped the audience in a comforting warmth of familiarity because these people knew Roger—as a fellow Urbana-bred guy, as a lecturer on films, as a colleague, as a film or writing mentor or as a friend.

This third time was different still. Chaz opened the screening saying that "Most men lead lives of quiet desperation. Roger did not. He lived his life out loud." And he reached out and engaged us with both his heart and brain. 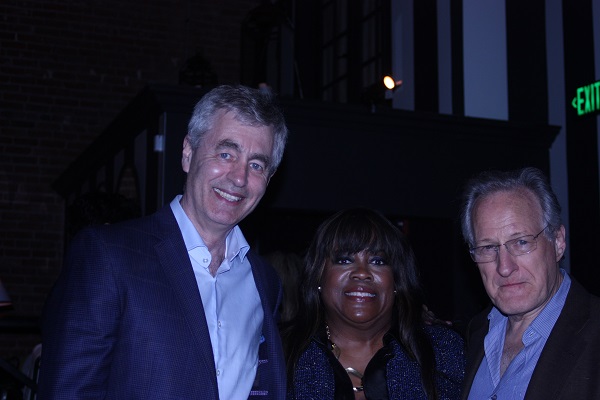 I was seated next to a CNN industry person who had also viewed the documentary rough-cut alone online. On my other side was Michael Nordine, a film critic freelancing for two publications who hadn't see the film before. Nordine would later tell me that he liked the documentary a lot and that Roger "was so omnipresent a cinematic force throughout my childhood that I don't remember ever not being aware of him," and his favorite Roger Ebert moment was "the defense of Nic Cage he included in his Great Movies essay on "Adaptation"" because, Nordine explained, it was "the first time I realized I wasn't alone in my admiration of Cage, at least among serious writers."

This screening was mostly industry people with Werner Herzog and a few celebrities in attendance. The dress code was business attire and the atmosphere was intellectual respect.

"Life Itself" begins with a voiceover quoting Roger Ebert, "We are who we are: where we are born, who we were born as, how we were raised. We're kind of stuck inside that person, and the purpose of civilization and growth is to be able to reach out and empathize a little bit with other people. And for me, the movies are like a machine that generates empathy. "

Roger reached out. He listened. He reacted. He gave us his honest opinions. He was not cruel. He believed in kindness. He was many things to many people. Roger was part of several film communities—Sundance, Cannes and Toronto as well as his own website and Ebertfest. I don't know if I could have been friends with the pre-Chaz Roger. Watching "Life Itself" again, I think you rarely see Roger smile in the early days of his TV program. Yet I remember Roger as a man with a smile so big that it lit up his eyes. Roger grew and used the Internet and social media to reach out and have real, earnest and lively conversations.

The cynic might say movie theaters will never die because of hot summers and the high cost of air conditioning, but a student of social dynamics might say movie theaters should never die because of the importance of communal experiences, shared feelings. The guy from CNN and I chatted about that. Being with a crowd can make you laugh louder and longer or oppress you into silent contemplation.

Or a crowd created by the love of film and the respect for one man can embrace you, filling you with the cozy warmth of community. If you missed seeing "Life Itself" at Ebertfest, then just be sure to watch it with someone you love. That will make all the difference.