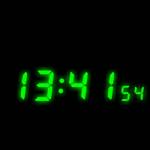 On Oct. 16 I published a review of "Tru Loved" in which, at the end, I noted that I stopped watching after eight minutes. I also published a blog entry, "Don't read me first!" discussing that decision and reporting that it horrified my editor, who wondered if my action was immoral. The entry has so far drawn almost 500 comments. I have read them all. I have arrived at some conclusions.

How it happened in the first place. I began viewing the movie on a DVD and taking notes. At what turned out to be the eight-minute mark, I paused the disc, looked at my notes so far, and thought, "There's my review right there." The movie had left me not wanting to see more.

Why I waited until the end of the review to reveal I had stopped after eight minutes. The review reproduced my thought process while arriving at my decision. My editor, Laura Emerick, thought I should have come clean at the beginning. I thought that would have made the review anticlimactic. There is a top-down structure to a lot of shorter prose that correctly places the payoff at the end. I always try to close my reviews with some kind of punchline, sometimes very serious, instead of letting them dribble off into the ether.

This review was not in any sense a "joke." But it depended on the (non-humorous) function of a punch-line. Let me invert an old joke to demonstrate: "All right then, you're ugly!" the psychiatrist told the guy. You see, earlier, the guy had walked into the psychiatrist's office, and the psychiatrist had told him, "You're crazy!" And then the guy said, "I want a second opinion!"

Now the review was finished. Should I have sent it in to the paper? I wish I hadn't. As many comments have pointed out, I was harming the chances of a small indie film. From the very beginning, I've sought out and championed indies, docs and small foreign films. Often, when they couldn't afford press previews, I've asked for videos so I could see and review them in a timely way. When major studios don't preview films, they invariably don't make DVDs available either. Indies are only too happy.

During the same two-week period the "Tru Loved" review appeared, for example, I also reviewed "Moving Midway," "Toots," "Free for All," "A Thousand Years of Good Prayers," and two that were screened in advance: "Anita O'Day: The Life of a Jazz Singer" and "A Secret." I hope my reviews helped people to find these films, or add them to their Netflix queue.

Some critics jump the gun by reviewing sneak previews in advance of a film's opening. Gene Siskel defended this practice: "If admission is being charged, the readers deserve a review." In recent years, I have adopted a film-by-film policy. For example, the Gene Siskel Film Center often screens an indie movie once to see how it plays, before setting an extended booking. In such cases, I generally make little effort to view the film early. If I do see it, I will publish a favorable review but not a negative one; why not help give it a chance at a run?

In the case of "Tru Loved," it was in release (on a Landmark screen in Chicago, for example) and, according to one of my readers, could be downloaded from the internet. So the timing of a negative review, if that's how I felt about it, was appropriate.

But by giving it one star, wasn't I damaging its chances? Yes I was, apart from the fact that the star rating system is absurd. But when a movie opens, the critic writes a review without regard for the film's chances. You hope your review will help readers in the investment of two hours of their lives. Even a negative review does not necessarily damage a film; distributors used to submit films for the old Dog of the Week segment of "Siskel & Ebert." The Michael Moore satire "An American Carol" opened after a strict embargo, and as far as I can tell received no opening-day reviews. It tanked at the box-office. Even loudly negative reviews might have increased its visibility and energized the film's base audience.

Some comments said my review actually helped the film. That's irrelevant, even though the additional visibility may have inspired some people to see it for themselves.

Then why do you wish you hadn't published the review? It sent a wrong message. If I had seen the entire film, a review, however negative, would have been appropriate. But in reviewing the first eight minutes, I was guilty of too much affection for my prose. I finished the review and liked it. My editor was awaiting the review. I sent it in. Many writers are loath to see any of their immortal words be, as we quaintly say in the newsbiz, shit-canned. They should be less loath. Laura Emerick flagged it. She was correct.

Was the review unethical? No. I made it clear I had seen only eight minutes, and that the star rating applied only to those eight minutes. If I had concealed that fact, I should have been fired.

By not seeing the whole film, you got the facts wrong about Bruce Vilanch's "dual role." You made the mistake of believing IMDb. I often consult IMDb, and considering that it indexes virtually every film, it is correct as astonishing amount of the time. IMDb cannot maintain a staff large enough to compile the cast, credits, technical specs, etc., of those countless films. It is usually a film's publicist, distributor or even director or producer who supplies them. When an error appears, there is a mechanism for IMDb users to correct it. These corrections are vetted by IMDb. It is usually safe to trust.

How do you feel now? I wish I hadn't published the review. I have learned a great deal from the intelligent, opinionated. useful comments from all those readers. They make the case for both sides, and discuss the role of a critic. During the time the comments were appearing, Computerworld singled out my blog's comments as among the best on the web. This group of comments demonstrates that.

What is the key lesson from all of this? I will never, ever, again review a film I have not seen in its entirety. Never. Ever. Laura was right: That sort of thing is seized upon as a practice, not an exception. Already you can learn here and there on the web that I support Creationism. (See my blog entry, "This is the dawning of the Age of Credulity.") Soon, I am sure, you will be able to read, "Ebert reviews movies after only watching eight minutes of them."

What have you done now? I have done what I should have done in the first place, and viewed the entire movie (97 minutes of film, 7 minutes of credits). I have appended my new review to the end of the original review, which I am honor-bound to retain in its original, uncorrected state. I have added a preface asking readers to consult my two blogs on the subject.

Your final thoughts? I must apologize to writer-director Stewart Wade, his actors and his crew. They did nothing to deserve this. For them it must have been like a drive-by shooting. Among the comments, there is one from a reader who spoke with a young woman after seeing the film. She loved it. I guess she was near tears. It meant a lot to her. "I have two moms," she said. I feel like a jerk. In even my negative reviews, I try to give some sense of why you might want to see a film even if I didn't admire it. Here, I failed.