Clinging to the rear view mirror 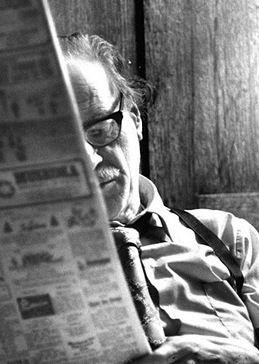 Marshall McLuhan wrote much nonsense. Embedded in it I find startling insights that help explain my experiences. Consider the phrase "the medium is the message." These five words at a masterstroke explain the digital age we now occupy. One sign of a valuable insight is when it applies to developments its author could hardly have foreseen.

Like most people, I've long thought I knew what McLuhan meant by his phrase. I won't bore you with what I thought that was. I've come across an explanation that explains what he meant with such blinding clarity that my own notions seem half-formed. I was poking around on the internet, and came across this passage from the Playboy Interview with McLuhan:

"Most people...still cling to what I call the rearview-mirror view of their world. By this I mean to say that because of the invisibility of any environment during the period of its innovation, man is only consciously aware of the environment that has preceded it; in other words, an environment becomes fully visible only when it has been superseded by a new environment; thus we are always one step behind in our view of the world."

Here he explains exactly what I do in my own life. He also explains why some young readers are so annoyed by my opinions on video games, 3D and reading books on the Kindle. Let them not take comfort. The day will come when their love of such mediums will qualify them, also, as old farts. 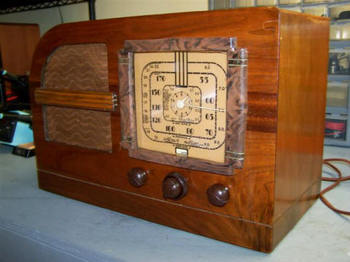 I grew up in a world of books, magazines, radio, black & white television, and movies that were shown in movie theaters. I was well enough established in that world that it created an "invisible environment." It never occurred to me that there was anything new about those forms of media. When Gorky saw the first silent films, he called them "the Kingdom of Shadows," and added: "If you only knew how strange it is to be there." When Tolstoy saw a movie for the first time, he said: "You will see this little clicking contraption with the revolving handle will make a revolution in our life--in the life of writers. We shall have to adapt ourselves to the shadowy screen and the cold machine." He rather liked movies. "The cinema has divined the mystery of motion. And that is its greatness."

Have you ever (have I ever?) given much conscious thought to the fact that movies move? The very term "motion picture" was coined in a world in which pictures did not move. Yet within a few years after Gorky and Tolstoy saw the first films, Charlie Chaplin was the most famous man in the world, and nobody gave it a moment's thought. The invisible environment had changed to accommodate a new kind of visibility.

My house is filled with books. I read every day. I willingly enter older, slower novels by Balzac, Dickens, Hugo. I love Henry James for the very reason many find him unreadable, the texture of his language. The style of a writer is important to me, and the language is more important than the story. It is how it is about it, not what it is about. I like Faulkner and McCarthy because their prose is al dente. And Cather and Simenon because they write as clearly as running water. 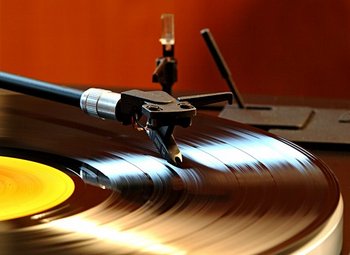 The same applies to movies. I love the deep and the clear. I grew up unconsciously immersed in the classical language of cinema. I was open and receptive to action, stunts and special effects. But I learned about them from films in which the effects were somehow more concrete. False, but "there." When I see one of the Michael Bay movies there is a solidity missing. There is nothing for my eyes to hang on to. They're all CGI. It is possible they represent a new digital medium that is as visible to me as movement itself was visible to Tolstoy.

In the media, I am analog by training and long habit. Phonograph records seem logical to me. Now that I can obtain any music in an instant on the internet, the music is no longer present. When I owned an lp album, I possessed something tangible. When I download an album from iTunes, I can listen to it, but I possess nothing I can touch. When I enter a theater and see a movie, I experience it differently than when I watch a video. The instant availability of tens of thousands of movies diminishes them somehow. In my nature I subscribe to the principle that a movie involves a screening in a place and at a time. The movie is an event.

I do not make the mistake of believing my experience is better than those raised in digital immersion. Nor should they believe theirs is superior to mine. We are simply different; I have an older frame of reference. The fact is that my argument with video games may be a matter of my embedded nature. The thought of spending hours playing one fills me with dismay. Nor are many gamers eager to read Balzac's Lost Illusions, which I have just finished. Some are open to both. I applaud them. Curiously, the Balzac novel is about how advances in printing presses created a new class of celebrities among writers and their subjects. New, and, he thought, deplorable. 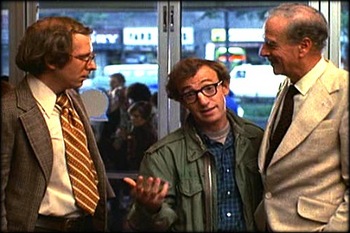 The environment of my first 21 years, to pick a number, "is fully visible only when it has been superseded by a new environment." I can see it clearly, now that it has disappeared. Few people today will understand why I consider radio drama more immersive than television drama (some audiobook lovers may understand). I have a Kindle and have read a novel on it, and haven't read another. It is all very well and good, but it's not a book. My next big read will be Bleak House. I have a lovely used edition, illustrated, that falls open to the page and sits on my lap with authority.

So I am one step behind in my view of the world. Most of those reading this have probably grown up in this new world; this year's college graduates never knew a world without the internet and home video. Schools are more eager to teach programming skills than reading and writing. I understand this. I accept it. I try to adapt. I've been running to keep up with the internet since I got my MCI Mail account and had no one to email. I do not complain.

It's that McLuhan has helped me understand it, and to see myself more clearly. There are times when I feel as if I'm occupying a closing scene in Spielberg's "A.I. Artificial Intelligence." You know, the scene where the elongated, ethereal robots of the future study the artificial child David. They want to learn all they can from him, because "he's the last one who knew humans."