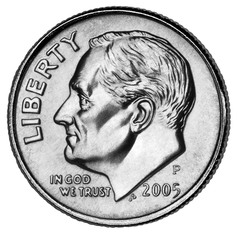 This is an apology, and a cause for celebration. First, I want to apologize to the reader John B. In the previous version of this entry, I announced that his caption entry had won our contest in a landslide, and then went on to lament that he had left no e-mail address, and that a similar caption had appeared earlier on another website. Therefore, the implication was that he had "borrowed" it.

Some fair-minded readers wrote to argue that the difference between the two captions--John used the word "omniscient," and the other blog used "omnipotent"--was significant, and that in fact John's caption was funnier. This is true. I began to doubt my rush to judgement. Who, after all, would cheat just to win shiny new dime? On the other hand, where was John to step forward and claim his prize?

John, or "John B.," has now stepped forward. Today he posted this, which is quite civilized, under the circumstances:

Um, I was just checking to see if there were any interesting new reviews by Mr. Ebert, and it appears that people are talking about me. That's a bit surreal. How can I prove I'm the John B in question? Well the logs should show that my previous post came from the same IP address as this one. For the record, I was not trying to impersonate anyone. I didn't even know that there was another John B posting to the board. And I wasn't "inspired" by an entry by anyone else, on this site or any other. I wasn't even that happy with my entry. I always think of omniscient having more of an all-knowing meaning more than all-seeing, but I couldn't think of a word that meant all-seeing. It was just a quick toss-off line. I had zero expectations that I would win. Surreal.

John B. emerges as vindicated and victorious, his crown is being restored, his shiny dime is being sent, and my faith in contests has been restored. I have sent out an appeal for his photo and bio.

This has been, in the words of our President, a "learning experience" for me. If I have another contest, I will make the rules more clear. All entries will have to include an e-mail address. Meanwhile, Good John B. has now taken to signing his full name, freeing this John B. to decide whatever he wants. Here are some words from our glourious winner: 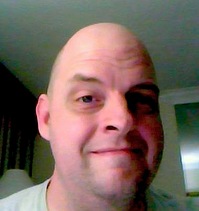 John Blackwell -- 41-year-old father of three and husband of one. A computer programmer and IT manager from Dayton, Ohio.

Coincidentally, I spent a good deal of my childhood going through every book with a 741.5 call number at the local library. That included collections by Jules Feiffer, Charles Addams, George Booth (a favorite), Gahan Wilson and James Thurber. Maybe something rubbed off. Certainly none of their drawing ability.

As far as the re-christening I received in Mr. Ebert's blog goes, it wasn't all that far from the mark. In high school I picked up the nickname "Big Bad John." (Bad John, B[ig]?) The "Bad" part was ironic, though. I tend to be quiet and polite while exercising my bigness. I like "Sloop John B," though. My Dad used to sing that to me when I was a kid.

The Fake Vindicated John B. was nominated by "Gary in Phoenix," who is blameless in this wretched matter. His good taste is evident in the popularity of his nominee. His dime is already speeding toward Phoenix. He responded to my e-mail with a webcam shot taken in the early hours, and a splendid bio, which describes, I suspect, a not atypical reader of the blog with "about the best comments you will find on the web." 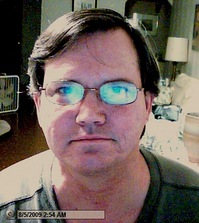 When I rashly dethroned John B., I declared that our new winner was the second-place finisher, Jeremy Wells. He wrote me today including a bio and photo, as requested, only to have the prize seemingly snatched from his grasp. But hey, we don't jerk around our readers like that. So Wells will still receive his dime. 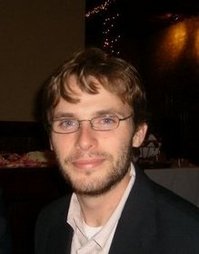 My name is Jeremy Wells, and i am the default winner of your contest. Sad that my first victory in any sort of contest comes with an asterisk, but it still feels good. I am 27 years old and recently graduated from the University of Texas School of Law, where I met my girlfriend, Dana. Served my undergraduate time at NYU. I have a tattoo of Hitchcock's silhouette, and a dog named Alfie. Needless to say, I enjoy the movies. Though I'm simply a winner by default, I've never won anything in my life, so I will take what I can get. I just spent the last three months of my life studying for the bar, which has rendered me incapable of writing anything clever that doesn't involve terrible legal puns. Thus, please forgive the mechanical nature of this bio.

Thanks, Jeremy. Now just one more thing. Please send in a photo of your Hitchcock tattoo.

Readers were asked to submit their own caption for the magazine's contest #200, showing Satan arriving at the receptionist outside God's office. On July 21 at 1:21 p.m., someone signing himself John B. posted this entry: "He's omniscient. Of course he can see you now." The voting wasn't even close; the caption won in a landslide, receiving 87 votes. Second place, with 39 votes, went to Jeremy Wells for "I'm sorry, cleanliness is next door." In third place, with 23 votes, was "Just be yourself in there," by Michael Bultemeier. There were 269 votes; the original cartoon and all 18 of the finalists will be found below.

What do you think? Are our finalists better or worse than the magazine's own final three? We'll know when they reveal their winner on August 17.

And here, by comparison, are the three winners of the Anti-Caption Contest #200, held at radosh.net to vote on the "worst possible caption" for the cartoon:

#1. "Yes, we can schedule a session for you same time next Tuesday Mr. Johnson. To be honest, you don't even have to ask anymore. As sexual role-playing businesses go, this has turned out to be a much more limited market than we anticipated. Don't forget to leave your suit to be dry-cleaned."--v

#3. "The greatest trick I ever pulled was convincing the world I didn't just steal the four-month old copy of Newsweek sitting on your waiting room coffee table." --bunsen

Actually, those don't seem so bad to me. 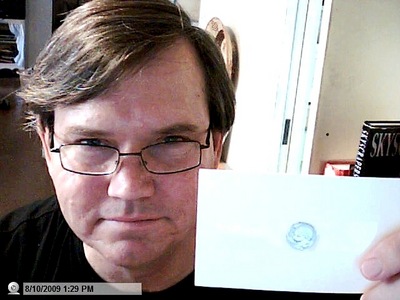