“Wolf Like Me” is a relationship story about man meets werewolf, and it's no less realistic than the fantastical elements in other less gory romantic comedies. In fact, this one might be more honest as its dark tone reckons with the baggage that people carry around with them. But while it becomes a type of free-for-all of contrived rom-com tropes, they don’t all come together in this quirky, sometimes cloying story about embracing someone's dark secret.

One of writer/director Abe Forsythe’s sharper ideas involves playing with the holy rom-com premise of the meet-cute. Here, it’s when advice columnist Mary (Isla Fisher) smashes her car into Gary's (Josh Gad). Aside from being the rare surprising moment of a car accident in film and TV, it’s a sharp introduction to the black comedy that comes next, and a funny way for two characters to meet. Mary comes to his house to give his daughter Emma (Ariel Donoghue) a copy of Carl Sagan’s Contact, and to offer an apology. He sees her kind soul, and gets to bare his own, talking about how he has struggled with parenting after the loss of his wife Lisa. There’s a sweet recognition of one’s darkness here, as Mary also has a dearly departed spouse. Later on, Gary learns that Mary ate her husband, because she is in fact a werewolf.

Forsythe is sentimental about the concept of a person having baggage going into a relationship, and using werewolves in a slightly playful rom-com formula is a compelling way to illustrate it. But the emotional conflicts don't work, including how Gary is initially disgusted and horrified when he learns that she has eaten people before; we also don't buy it when she's worried that he’s going to reveal her previously airtight secret to the world. Gad tries to cover this gap with nervous energy, especially as Mary keeps crashing into his life, but it's not all that worrisome, or funny.

When Gary and Mary do start a relationship he changes his mind about his apprehensions pretty quickly, which then affects how much we do not believe the next problem soon after, about whether his daughter will accept it or not. The need to be loved runs throughout this series, but it also cancels out the worry that Mary’s appetite on a full moon is going to ruin everything. Even worse, the storytelling rhythm feels off, which is especially noticeable in the machinations of a rom-com.

“Wolf Like Me” runs for six episodes, about 25 minutes each, and it’s one of those series that feels like a flabby feature, stretched out to satisfy an episode quota more than the pieces inside. It’s about Gary and Mary, and it also gives time to Emma, recognizing her own private darkness about her mental state and grieving her mother. But as powerful as Donoghue’s performance is with the material, and how this arc offers representation to kids who struggle with loss, it doesn’t add much to the overall story.

Although the execution of the story fails them, at least “Wolf Like Me” has the chemistry between Fisher and Gad. They both give some soulfulness to the darkness of their characters, and while they aren’t as funny as the story may want them to be, they have lively banter, especially when their characters baring their feelings about love lost in the past. It comes back to the baggage, and taking it or leaving it. "Wolf Like Me" is a story in which you recognize what it’s going for, but you don’t feel it. It has a true bleeding heart, gushier than a lot of other rom-coms, but it could use a lot more bite. 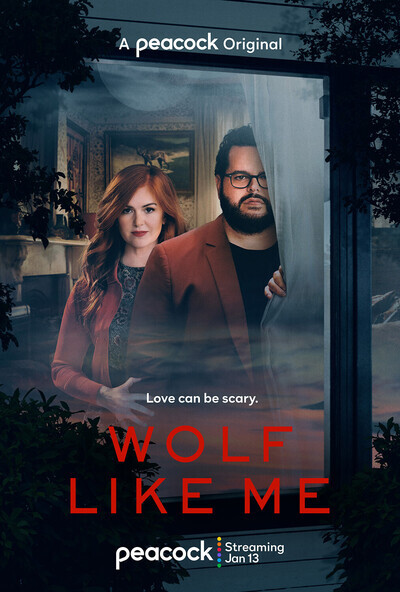