Two Americans stationed in Iraq are captured by terrorists in "Wildcat," a tense drama centered on physical and psychological torture. The first moments put us inside the hooded head of Khadija Young (Georgina Campbell). Everything is dark, and all we can hear are sounds of a struggle as she insists that she is a journalist and should not be captured according to international humanitarian laws. Then the hood is yanked off and we see what she sees, a dank cell with a bed she is immediately attached to by handcuffs. She points to her press badge. Her captor yanks it off. He does not believe her.

Another man comes into the cell and without a word, rips out her thumbnail, ignoring her screams of anguish. And then Khalid (Mido Hamada) enters, gently telling her "It's okay" in comforting tones and offering water. He is both good cop and bad cop. He begins to question her, pressing down on the exposed flesh of her thumb when he does not like her answers. And he does not like any of her answers.

Someone else is in the cell. Khadija was traveling with a convoy, and there's just one other survivor, a wounded Marine named Luke (Luke Benward). She tries to reassure him, but she also tells him that there is only one reason Muslims would put an unmarried man and woman alone in a room; they are hoping their prisoners will talk to each other and reveal what they would not admit, even under torture, to their captors. So, their communications are guarded. Or, they intend them to be, but the stress is so intensely personal boundaries get blurred.

And it's the blurring of boundaries that makes "Wildcat" more than just an excruciating series of intensifying scenes of torture, disorienting for the audience as well as the characters. But just barely. There were many moments where I wondered whether "Wildcat" was earning what it was asking of the audience, and the relentlessness of the situation may be too much to handle for those who are not prepared for it.

But I stayed on the side of the film, its exceptional actors, and its writer/director Jonathan W. Stokes, who held my interest by revealing more about the characters over the course of the film. The script does not demonize Khalid and will not allow us to do so, either. When Khalid tells Khadija about his daughter's sense of justice and empathy, it is clear that he does not want to be seen as a monster. Perhaps she reminds him of his daughter. Is he telling her so she will trust him and tell him what he wants to know about the security codes at the US embassy? Or is he telling her because he is trying to understand how he became a person who wants to cause other families the unspeakable agony he has suffered? Probably both.

Khalid pushes Khadija to tell him some of her most painful memories. Does she tell him the story about high school because, as John Le Carré wrote in Tinker Tailor Soldier Spy, "after a while you run out of everything but the truth?" Or is she the feline in this cat and mouse game, telling him a story he wants to hear? Is she as terrified as she appears or does she want him to think that she is? Possibly both.

I was also struck by the moments when the movie transcended the setting and became about the way human beings find meaning in the direst of circumstances. Stokes said he was inspired by the classic book by Holocaust survivor and psychiatrist Viktor Frankl, Man's Search for Meaning, recommending that each of us define a purpose in life and then imagine the outcome. Luke and Khadija have a defined purpose before they are captured and try, sometimes with techniques from their training, sometimes with just plain courage, to hold on to that purpose as comfort and as a guide. In that context, Khalid's questions about who they are and why they are here take on a deeper meaning.

Now playing in theaters, and available on digital and on demand on April 27. 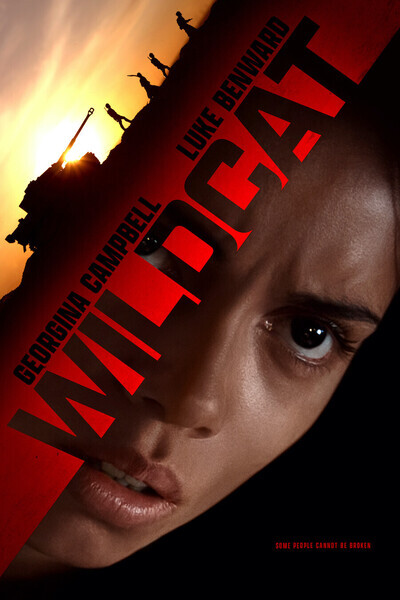 Rated R for violence/torture and language.