White Bird in a Blizzard

Gregg Araki is no stranger to teen angst and provocative filmmaking. For the last 25 years, Araki has been seemingly obsessed with the years of sexual exploration and teenage rebellion in works like “The Doom Generation,” “Nowhere” and “Kaboom.” He has always been an interesting, underrated voice in cinema (and helped reveal the dramatic depth of Joseph Gordon-Levitt in his best film, “Mysterious Skin.”) Which is what makes “White Bird in a Blizzard” a true oddity in his filmography in that it’s one of the few times, arguably the only time, that he’s made a film that’s dull. Typically, when Araki misses the mark, he misses wildly and with fascinating aplomb. “White Bird,” despite the best efforts of stars Shailene Woodley and Eva Green, is flat when it should be edged; something I never thought I’d say about the man who made a movie called “Totally Fucked Up.”

It is the Fall of 1988, and Kat Connor (Woodley) is about to have her life turned upside down. Well, sorta. Working from a book by Laura Kasischke that one presumes lacks the melodrama other writers would have layered into a story about the destruction of a teenage girl’s family, Araki treats his subject matter with a heady dose of apathy. Kat’s mother, the flamboyant Eve (Eva Green), just up and disappears one day. Kat suspects that her boyfriend Phil (Shiloh Fernandez) may know more about the disappearance than he lets on, and the cops, led by Detective Scieziesciez (Thomas Jane), suspect dear old dad (Christopher Meloni), of course. But the “mystery” of Eve’s disappearance is never front and center in “White Bird in a Blizzard.” To be honest, little is front and center. Kat meanders through the hazy days after her mom’s disappearance, we get a few flashbacks and then the film jumps forward for a final chapter. And that’s it.

I’m not suggesting that all films need a grand purpose, but “White Bird in a Blizzard” doesn’t work as mystery or character study. It’s a melting pot of themes that have not only been handled more interestingly in recent years but have been handled more interestingly within its own director’s filmography—murder, apathy, obsession, sex and intrigue in suburbia. Parts of it play broad like satire, as if Araki is doing a riff on “American Beauty,” but too much of it sits there, almost as if Araki isn't excited by the material he's been given.

Not all of it just "sits there," however. As they often are, Araki’s music choices are clever, and I’m happy to have lived long enough to have seen an extended dance scene to Depeche Mode’s “Behind the Wheel.” And Woodley, as she so often does, grounds the film in something genuine. She has such a natural, in-the-moment presence that she keeps us interested in Kat’s arc even when the storytelling doesn’t. And then there’s Eva. Eva Green turns Eve into a character Joan Crawford would have told to tone it down. She is larger than life, desperate to be the most important person in the room. And “White Bird” is at its most interesting when Green is allowed to play the dark soul of a woman shattered by the realization that her daughter was suddenly more interesting than she was. Green is fantastic here, truly memorable in just a few scenes. Sadly, she couldn’t be in all of them. 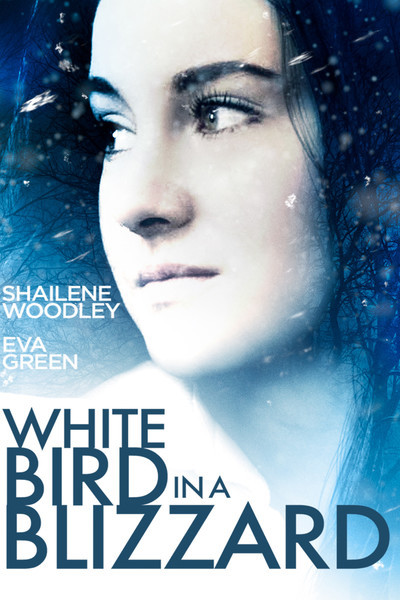 Rated R for sexual content/nudity, language and some drug use

Sheryl Lee as May