When Marnie Was There

It’s impossible to watch “When Marnie Was There” and not consider it as something of an elegy for Studio Ghibli. This tender, earnest melodrama will be the last film from the legendary animation studio for the foreseeable future, and its themes of friendship, fantasy, and a quest for emotional strength fit snugly in the Ghibli canon. Ultimately, the second film from Hiromasa Yonebayashi (“The Secret World of Arriety”) may feel like minor Ghibli, but it is also final Ghibli, which gives it added, but undeniable, emotional resonance that it may otherwise lack. “When Marnie Was There” is a sweet tale about learning to embrace our tragic pasts and differences not so we fit in but so we are comfortable on our own. It is filled with the luscious, beautiful 2D animation that we’ve come to expect from Ghibli, and if the storytelling sometimes gets a bit lethargic for its own good, we’re more forgiving just to have one final dance in the moonlight.

Like so much Ghibli, “When Marnie Was There” centers on change of location impacting emotional healing. Anna is a foster child, whose parents died long ago, with all the identity crises that often come with that life situation. She’s lonely, asthmatic, and severely depressed. “Marnie” doesn’t shy away from honest sadness. “Ugly, stupid, moody, unpleasant. That’s why I hate myself.” This is emotionally raw material. She’s not just lost or depressed. She’s borderline suicidal in ways that we don’t usually see in Young Adult fiction, much less animation. And the intensity of Anna’s sadness makes her arc more resonant—it feels more like a fight for survival than mere fantasy.

After an asthma attack, Anna’s foster parents send her to a seaside community to rest for the summer. She’s instantly drawn to a mansion on the marsh, that’s reportedly haunted, and often accessible only by rowboat when the tide is high. In the upstairs, bedroom window, Anna spots a girl named Marnie, with whom she becomes friends one night. Marnie is the physical opposite of Anna. Marnie has a bow in her long, blonde hair, and only wears dresses. Anna has cropped black hair, shorts, and wears a collared shirt. Marnie is playful, almost childlike—laughing, smiling, and taking risks like standing on the edge of a moving rowboat like a mini-“Titanic.” Anna is sullen, but her new best friend opens her up to the world.

Is Marnie a ghost? An imaginary friend? Something else? The lines between reality and fantasy start to blur in the second act. Anna can’t remember the names of her caretakers. Marnie disappears. Or does Anna? It’s almost as if both Anna and Marnie are imagining each other—neither is real, neither is a ghost; both girls are what the other needs. Marnie gives Anna joy. Anna gives Marnie security. They help each other get through this melancholy world.

There are times, especially in the first act, when “When Marnie Was There” lacks a certain urgency, often moving with all the drive of a breeze through the oft-heard wind chimes. And then the final act really grabs the heartstrings with both hands and pulls hard. By that point, Yonebayashi has earned it, if not completely on his own, with the weight of decades of animated brilliance from the studio at which he works. As emotions swell at the end of “When Marnie Was There,” I questioned whether or not they were specific to the movie itself or to what it means as a closing chapter to a major part of film history. And then I realized it doesn’t matter. Just as Marnie and Anna’s fates are intertwined, just as history and the present exist in the same moment in the film, what Ghibli has meant to the world can’t be extricated from its last, beautiful cinematic gift. 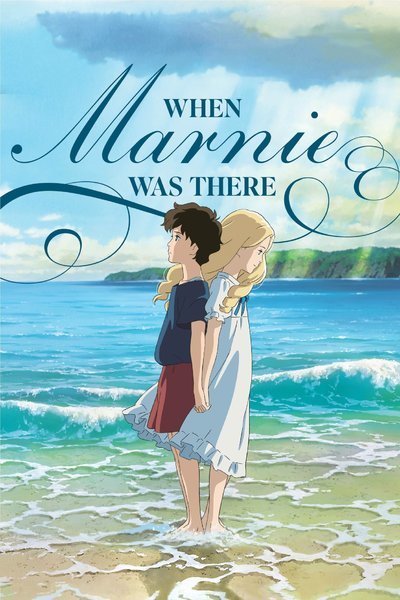