What Keeps You Alive

Colin Minihan’s tense thriller “What Keeps You Alive” takes the old adage of “You never know who you’ll fall in love with” and twists it into a horrifying relationship nightmare. Under the influence of a youthful and lovestruck naivete, it can be easy to look past danger signs for abuse, but in the case of this movie’s unlucky protagonist, she had no warning of the horrors to come. Minihan’s stylish film taps into our deepest fear as women, queer folks, or survivors of domestic abuse that the person we love may be the reason we end up in a body bag.

To celebrate their one-year anniversary, Jules (Brittany Allen) and Jackie (Hannah Emily Anderson) take a retreat to Jackie’s family’s old lakeside home. But something is off with Jackie, and she begins to do things without Jules or not bother to check in with her. Jules grows frustrated and hurt by her partner’s lack of communication, and when confronted, Jackie lashes out, ultimately pushing her wife off of the edge of a cliff to try to kill her. Jules survives but must now save herself from the woman she loves.

As a thriller, “What Keeps You Alive” is effectively eerie and unnerving. There are tense moments hinting at something wrong with Jackie, but nothing as bad as her unforgivable act of violence and the psychological torture that ensues. Eventually, the truth comes out: she’s a psychopathic black widow, a woman who traps her partners to kill them for sport later, like a matrimonial themed version of “The Most Dangerous Game.” The face-off between the two combatants almost plays out like a dance, as both women are fairly matched adversaries. Jackie may have hunting experience and the cold-blooded soul of a killer, but Jules has determination and wits on her side.

“What Keeps You Alive” marries various different aesthetics in an unholy matrimony. Most of the movie looks as if it was filmed on an overcast day. It’s dreary out, the tree leaves almost look black rather than green and the lake that separates Jules from potential safety looks layered. Toward the end of the movie, the cinematography shifts into black-and-white flashback sequences of the couple in happier times. Another variation looks filmed under black light, exposing untold splats and splotches of blood on the walls in lurid purple and teal colors. These scenes depart from the main tension of the story to add more depth to the characters’ mindset.

Featuring a lesbian couple as movie’s center also gives the movie the chance to play against expectations. In a horror movie with a hetrosexual couple, the feminine Jackie might have been the first victim of whatever evil spirit or serial killer waits in the woods. Instead, she’s the knife wielding, shooting expert her wife never knew.

However thrilling the concept, the idea of a psychopath charming and marrying a spouse only to hunt her in the privacy of a forest brings up some questions. Not that every serial killer needs to work as quickly as those in “Psycho” or “American Psycho,” but playing the long game a chance to hunt felt like overkill. Jackie gives a big dramatic speech about how her father taught her how to survive on “what keeps you alive,” perhaps explaining why she paces her killing streak, but it’s unclear. Jules remarks this is the first time Jackie’s talked about her dad, but it’s really one of many secrets her partner has kept from her. Similarly, a series of inconsequential murders in the plot feel more like tangents then integral to the story. Jules’ mental and emotional agony—more than any shots of gore—are frightening to watch.

However, the plot holes don’t entirely detract from the movie’s basic fear. Allen is so convincing and empathetic as Jules. Her bewilderment at the situation is pitiable, and her determination to survive her killer has us cheering for her next counterattack. The movie is on the side of its survivor, even if it puts her through hell first. 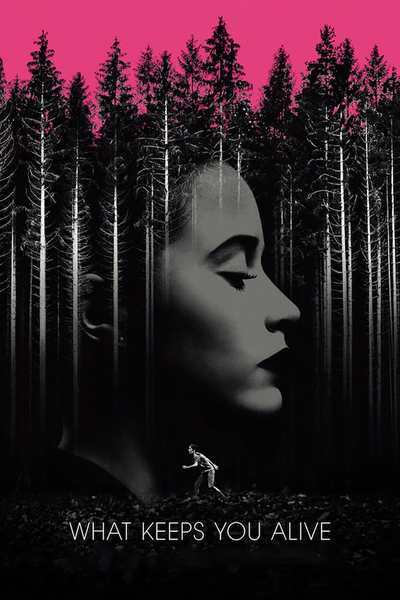