We Are the Giant

The passion and idealism that fuel both successful and attempted revolutions provide the human focus of Greg Barker’s “We Are the Giant,” a dramatic account of people active in the movements sparked by the Arab Spring. Looking at two people each in Libya, Syria and Bahrain, the film doesn’t try to explain the political background or complexities of these societies but instead offers haunting, up-close portraits of individuals who elect to put their nations’ fates above their own.

Wrapped around the three accounts are slickly produced graphics (scored with soaring music) that invoke popular uprisings before and beyond the Arab Spring, from the American Revolution to more recent upheavals in Poland, South Africa, China, Burma and other countries. Though the filmmakers rather dubiously intermix quotes from tyrants and murderers such as Lenin and Che Guevara with others from democratic and non-violent figures including Nelson Mandela and Martin Luther King, Jr., the implicit point that all revolutions stem from a universal hunger for freedom is nicely offset by the specificity of the three stories we witness, which illustrate not just the commonalities but also the differences among recent revolts in the Arab world.

The film commendably gives us vivid and memorable people whose personal stories strikingly illuminate their peoples’ struggles, as well as chronicling important bits of history at ground-level with enough narrative scope that we’re able to comprehend events with both more immediacy and more overall coherence than in the fragmentary, day-by-day accounts of TV news shows. Barker and his collaborators, including co-producer Razan Ghalayini and cameraman Fadi Dabbas, incorporate footage of protests and the attempts to suppress them that’s sometimes wrenchingly violent but that clearly demonstrates the dangers the pro-democracy activists face in all of these situations.

Indeed, the lethal finality of those dangers is central to the first story, about Libya. We quickly learn that one of the two figures who are the focus of this account, 20-year-old Muhannad Ben-Sadik, was killed in the attempt to overthrow dictator Moammar Ghadhafi. His story is told by his colleagues and the tale’s other protagonist, his father, Osama Ben-Sadik.

The boy was brought up in Martinsville, Virginia, where his family enjoyed a typical American middle-class existence. When the uprising against Ghadhafi broke out in his father’s native land, Muhannad went to see for himself, and his initial curiosity soon gave way to a passionate conviction that the popular revolt was worth risking his life for. So the student learned to fire a gun and threw himself into battle. Though viewers will know the success of the anti-Ghadhafi effort, this film provides visceral reminders of the huge and deadly military apparatus the dictator was able deploy against those who opposed him. Though Osama, who eventually returned to Libya himself, tells his son’s story with a certain sorrowfulness, he clearly believes Muhannad’s actions were heroic.

In Syria, unfortunately, those who rose up against that country’s ruler, Bashar al-Assad, so far have not had the success their Libyan counterparts did. In telling the Syrian revolt’s story by focusing on activists Ghassan Yassin and Motaz Murad, the film chronicles a movement that began entirely as a non-violent action, with as few as 50 demonstrators calling for reform and democracy. By the time the marchers numbered in the tens of thousands, however, Assad felt threatened enough to throw his army into action, with the result that peaceful protestors were gunned down by the hundreds while others were captured and tortured. A horrific, and ongoing, civil war ensued.

While Barker chooses to center his account on leaders of the non-violent resistance—a welcome reminder of the uprising’s original aims and methods—the film shows that once some of the anti-Assad forces took up arms, not only did the conflict become violent, it also became multi-national. As foreign fighters and munitions flowed into Syria, an internal conflict grew into a magnet for violent agents from around the region and the world—a key to that nation’s continuing tragedy.

The film’s final part will strike many viewers as its most fascinating and moving segment. That’s partly because the conflict in Bahrain has had less media attention than those in Libya and Syria, and partly because the two young activist sisters focused on here are truly extraordinary and inspiring figures. Zainab and Maryam al-Khawaja were raised by a father who was a famous human rights activist, and they followed his example by joining the campaign against the Bahraini monarchy. As in Syria, the pro-democracy movement’s demonstrations in Pearl Square were initially peaceful. But once the regime felt sufficiently challenged, it unleashed a brutal reign of terror on the opposition, which included a majority of the gulf state’s population.

As in the other segments, the importance of social media and the evidence provided by cell-phone cameras are omnipresent here, including during the arrest of the sisters’ father, who is later tortured and sentenced to life in prison for his peaceful activism. Through all of this, the charismatic and always-articulate Zainab and Maryam continue their work, whether traveling the world to testify about the situation in Bahrain, recounting how they were inspired by the long struggle of African-Americans, or coordinating with others in Bahrain. For her troubles, Zainab is arrested seven times, including immediately after filming her last interview here. She is still in prison.

In the Libyan and Syrian segments, no mention is made of U.S. involvement (or lack thereof) in the conflict depicted. In the last section, it is noted that America has chosen to back the monarchy of Bahrain, where the U.S. Fifth fleet is based. That’s sufficient to give a final sting to this incisive film, which will inevitably challenge viewers in comfortable Western countries to wonder whether they would sacrifice as much for their own freedom as we see the courageous people here doing at every turn. 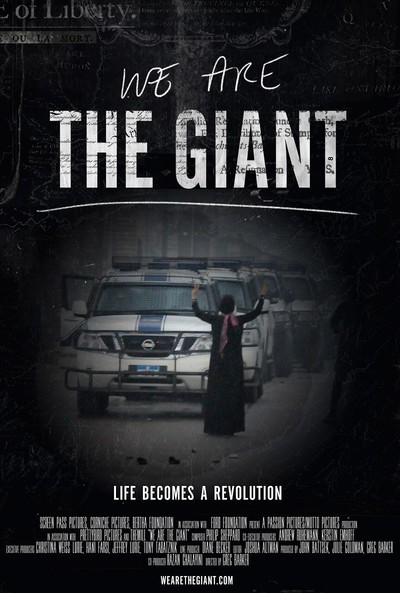