Two Lovers and a Bear

Tatiana Maslany and Dane DeHaan burn with a tormented love that’s so passionate, it threatens to melt the icy Canadian Arctic in “Two Lovers and a Bear.”

Fair warning: If a romance about beautiful, miserable people is your least favorite indie subgenre, this may not be your cup of tea. But writer-director Kim Nguyen has some inspired surprises in store, for better and for worse, as well as some striking scenery and a pair of strong performances from its stars.

He creates a vivid sense of place in the small-town far North – Iqaluit, Nunavut, is the setting – capturing vast expanses of white that are as beautiful as they are unforgiving as well as the gritty intimacy of daily existence. This is a place people escape to when they want to get as far away from civilization as possible, but it’s also so severe, it requires a sense of humor to survive with some your sanity intact.

Which brings us to the talking bear.

Early on in the film, when DeHaan’s character, Roman, is out with his rifle for a little late-night, drunken target practice, a regal and serene polar bear saunters over softly and starts talking to him. His voice is that of veteran Canadian actor Gordon Pinsent, who was so heartbreaking as Julie Christie’s husband in “Away From Her,” and his tone is soothing and familiar – even a little playful in a smart-alecky way. But rather than freak out upon the arrival of a talking bear, as anyone would, Roman talks back.

“I can talk to bears,” he later explains matter-of-factly to his girlfriend, Maslany’s Lucy. As a narrative device, it’s a risky and potentially alienating choice. But as a bit of magical realism, Nguyen doesn’t go to it often enough to create the desired disarming effect. The result is more of a “Huh?” than a “Wow!” He accomplishes more with the straight-up sense of realism he establishes within this harsh but oddly hopeful setting.

Roman and Lucy are young, in love and scraping by with barely-paying jobs. They spend their days ice fishing and cheering snowmobile races and their nights drinking whatever alcohol they can get their hands on when supply shipments arrive by plane. Nguyen drops us right in and efficiently depicts who these people are and what their life together is like.

But their frozen frolicking comes to an abrupt end when Lucy announces she’s gotten into a university biology program down South. She says she’s leaving in two weeksand wants him to join her. Roman insists he can’t go back there again – he can’t face what drove him up north in the first place.

After a series of deeply emotional highs and lows, the two decide to pack up their things, load up their snowmobiles and head out to the middle of nowhere to see how they are together with no distractions. Here’s where “Two Lovers and a Bear” really picks up steam with the possibility that anything could happen in the wild. But as it becomes increasingly clear, neither of them can escape the abuses of their pasts, no matter how far they run. Lucy seems like the more stable of the two but Roman has the big-picture vision that inspires their journey; all they need is each other, they think, but what they really need is psychological help.

Still, their trek is beautiful and thoroughly unpredictable; you never know where Nguyen is going with this story, including the chilling, sci-fi/horror direction he heads in toward the film’s climax. Whatever happens, though, Maslany and DeHaan maintain a sparky chemistry with each other; both actors exude an aura of danger, and they’re playing such damaged characters that there’s a constant tension in their connection. Meanwhile, Kakki Peter provides some much-needed kindness and comic relief as the town’s no-nonsense sheriff.

There’s a happily ever after of sorts to this twisted fairy tale, with a final shot that’s just breathtaking in its natural beauty, but it’s not necessarily the kind that’ll put a warm smile on your face. 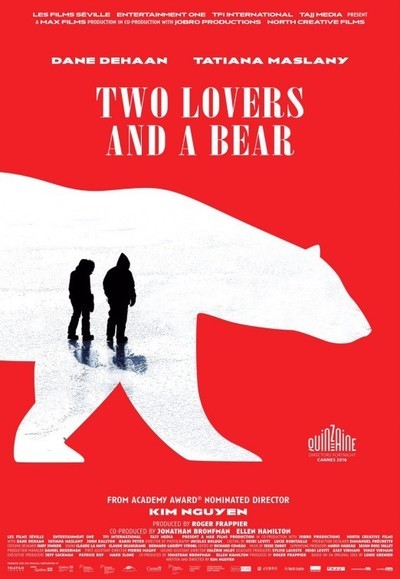 Rated R for language, some sexuality/nudity and brief drug use.