"Twice Born" takes the ravages that countless innocent victims suffered two decades ago in Sarajevo and uses them as the backdrop for a melodramatic, twisty mystery involving lost love and problematic paternity.

Yes, it's all as clunky and tasteless as the description suggests, and the awkward casting doesn't improve this overlong drama.

The normally glamorous Penelope Cruz gets frumped up to star as Gemma, a middle-aged Italian wife and mother. (The film's director and co-writer, Sergio Castellitto, plays her husband, with his real-life son, Pietro Castellitto, uncomfortably playing the couple's sullen teenager.) Despite her plain, shapeless wardrobe, the lined eyes and the gray hairs streaked throughout her sensible bob, glimmers of Cruz's radiance still manage to shine through.

Soon enough, though, we're in for one of a series of extended flashbacks. Gemma receives an early-morning phone call from her old friend, Gojco (the boisterous Adnan Haskovic), urging her to return to Sarajevo. The work of an American photographer with whom she had a tragic romance, Diego (Emile Hirsch), is the subject of an exhibition there. She agrees to visit with her son in tow, theoretically to expose him to a different part of the world but truthfully to stir up further confusion over the identity of his biological father.

Immediately, memories of this thrilling and tumultuous time come rushing back to her. The year is 1984 and the city is alive with the prospect of the Winter Olympics approaching. Young, beautiful Gemma falls in with Gojco and his wacky international crew of artists, poets and dreamers living out their thoroughly unconvincing version of La Vie Boheme.

Among them is the globetrotting, hard-partying Diego, who becomes smitten with Gemma instantly. Although his character is aware of their age difference, Hirsch himself is 11 years younger than Cruz—a distracting chasm that neither actor is able to bridge. Despite their respective talents, the two have zero chemistry, making it impossible to become invested in the challenges they face.

Supposedly Gemma and Diego fall quickly and desperately in love. The first night they're together, he sort of forces himself on her. As the years go by, he shows up in the spaces in between, and his romantic overtures seem more creepy and stalky than charming. "Every day will be a party with me, baby," he promises after her first divorce—because he's an overgrown man-child, and his manic energy is meant to be adorable.

Eventually, the two decide they want to have a child together. When it turns out that Gemma has fertility issues, they try to adopt. When that doesn't work, they get creative with surrogacy. This brings us to the film's most truly vibrant and intriguing character, an outspoken Croatian musician named Aska (the striking Saadet Aksoy). But like every other character in "Twice Born," she gets saddled with some truly clunky dialogue, much of which revolves around her obsession with Kurt Cobain. (This is also an easy shorthand to inform us that it's now 1992, the year the Bosnian War began.)

Castellitto's script—which he co-wrote with his wife, Margaret Mazzantini, based on her novel—jumps back and forth between Gemma's exploration of the city with her son and her memories of her exciting and dangerous past. Regardless of the time period, the score is jarringly ill-suited; perky techno music plays while Gemma thinks she's miscarrying, for example. Then at some point, the memories seem to come from an omniscient source—because the big reveal as to her son's true paternity comes as a shock to Gemma herself.

But the Bosnian conflict that was occurring all around this child as he entered the world never feels like a significant part of the story. "Twice Born" doesn't seem interested in who's killing whom, or why, but rather wants to piggyback on the violence as an added source of tension. It's more concerned with red herrings and revelations about eye color—the stuff of trashy daytime talk shows, albeit with some complex and artful camera work. 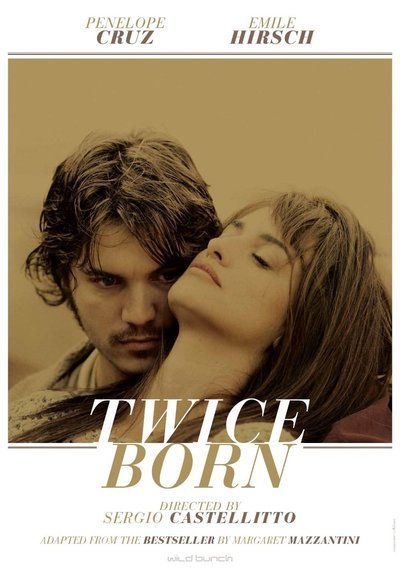