"Tricked," an enjoyably soapy thriller, is for anyone who has wondered: Whatever happened to Paul Verhoeven? Verhoeven, the director of such consummately nasty social critique/genre films as "RoboCop," "Total Recall," "Showgirls," hasn't stopped working. In fact, he's got a new thriller starring Isabelle Huppert debuting in France this fall. He also made "Black Book," a perfectly grimy Dutch WW2 drama, back in 2006.

"Tricked," a 55-minute short film puffed up to feature-length by the addition of a half-hour behind-the-scenes featurette, is presented as a career rehabilitation of sorts: a commercial for Verhoeven's adaptability. During the film's otherwise superfluous making-of supplement, Verhoeven talks about how he and screenwriter Kim Van Kooten wrote a four-page scenario that introduces eight characters. Verhoeven and Van Kooten then crowd-funded plot suggestions, filmed numerous submissions, and cobbled together a narrative that suited Verhoeven's eccentric tastes. The result is a light but satisfying appetizer, one that will, for better and worse, leave viewers hungry for more.

"Tricked" begins as a blatant advertisement for Paul Verhoeven, versatile filmmaker. This part of the film is only interesting in that it doesn't reveal anything substantial about his personality or abilities. We see him smiling his way through suggestions  and talking about how important it is to him to challenge himself creatively ("I personally trust that the unknown forces you to be creative"). Verhoeven's films actively mock authority, so you'd be forgiven for rolling your eyes as the director of "Starship Troopers" compares his collaborative process to a "democracy," then jokingly suggest to one actress that she lower her shirt ("We don't have to insist on that!"). Feel free to step out to the lobby for this part of the film.

The fiction portion of "Tricked"—the part you really paid to see—fares much better. Company man Remco's family life is thrown into chaos when ex-lover/secretary Nadja (Sallie Harmsen) reveals at his birthday party that she's eight months pregnant. Her news is not that shocking: Remco (Peter Blok) is a renowned philanderer, an inarguable fact that his disaffected teenage children Lieke (Carolien Spoor) and Tobias (Robert de Hoog) are aware of. Even Remco's cool-headed wife Ineke (Ricky Koole) seems to know more than she lets on, though at first we're unclear on how many details she knows. Nevertheless, Nadja's presence is inconvenient for Remco: his business partners are blackmailing him into selling his company's controlling stake, and teenage conquest/Lieke's BFF Merel (Gaite Jansen) wants more than a little attention.

Determining who knows what, and just how badly they're screwing each other over, accounts for approximately 60% the film's inessential pleasures. Betrayals are casually revealed through cell phones abandoned on diner counters, laptops left without passwords, even a tampon left bobbing in Remco's toilet. This last plot point is a sign of the film's conspicuous but lighthearted viciousness as well as a wily critique of information age carelessness. Verhoeven's characters are perpetually distracted as they openly pursue their vices: drinks, drugs, sex, etc. Everybody has skeletons hidden in easily accessible closets.

"Tricked" is funny—though not in a "funny ha ha" kind of way—because everybody knows what everybody else is doing. By constantly poking fun of pretty young things with cell phones and computers (who told grandpa that revenge porn is a thing?), the movie risks making Verhoeven seem like an old man shouting at digital clouds. But technology isn't the root of all evil in "Tricked." It's a means to characters' short-sighted ends. In Verhoeven's world, people tryst, take pictures of each other, and incriminate themselves without the help of Steve Jobs-approved products. The message is something like: IPhones don't screw people—people screw people. Over and over. With a goofy smile. 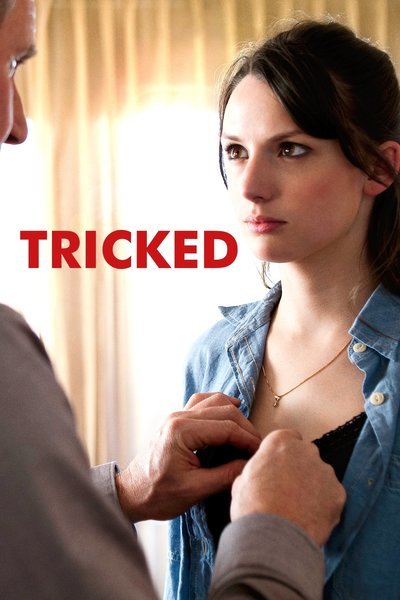