The "Karen" in Sonic Youth's 1990 "Tunic (Song for Karen)" is singer/drummer Karen Carpenter, who—famously—suffered from anorexia and died of heart failure in 1983. In the opening verse, Kim Gordon drones in a flat-affect voice:

"Dreaming, dreaming of a girl like me
Hey what are you waiting for, feeding, feeding me
I feel like I'm disappearing, getting smaller every day
But I look in the mirror, I'm bigger in every way."

Two years before Carpenter's death, there was a TV movie about the struggles of an anorexic girl (Jennifer Jason Leigh) called "The Best Little Girl in the World." If you were of a certain age, you probably remember seeing it. It was a TV event! When Carpenter died, "The Best Little Girl in the World" was often mentioned as a reference point, almost like the culture was trying to put the baffling pieces together: "Karen Carpenter died of that thing we all were just talking about two years ago. Remember that?" We know a lot more now.

The new Netflix-produced drama, "To the Bone," written and directed by Marti Noxon, tells the tale of a young anorexic using the inside-joke gallows humor of the "rexies" (anorexics) themselves. Instead of approaching the topic in a solemn "issue of the week" way, "To the Bone" tries to lighten the mood. There are aspects of this approach that are refreshing. Noxon clearly knows the territory. But the end result is confusing and unfocused. Individual scenes shine, but the overall arc suffers. "To the Bone" isn't all that interested in the actual treatment of the condition, even though the majority of the film takes place in a treatment program. The film also gets hugely distracted by a romantic sub-plot, a sub-plot that is pushy and awkward from the jump.

In the opening scene, Ellen (Lily Collins)—a 20-year-old artist with clothes hanging off of her like a scarecrow—is booted out of a treatment program for her "defiant attitude." She goes to stay with her father (who never appears in the film), stepmother (Carrie Preston) and stepsister (Liana Liberato). She's been sick for so long that her entire family, scared and exhausted, has given her up for dead. Ellen's mother Judy (Lili Taylor) came out as gay when Ellen was 13, and now lives in Phoenix running a horse therapy farm with her partner Olive (Brooke Smith). Moving away was an abandonment of her troubled child, but also an act of self-preservation. Ellen's cheery yet firm stepmother is the only one on the ball in the extended parental unit, and she gets Ellen a place at Threshold, a treatment center run by a doctor known for his unconventional methods. This is Dr. Beckham, played by Keanu Reeves with his trademark simplicity.

There are six other patients in the Threshold house, each one defined by their particular issue. There's the pregnant anorexic. There's the girl who stashes her barf in a paper bag under the bed. There's the girl with the feeding tube. Luke (Tony-award winning actor Alex Sharp, in his film debut) is an anorexic ballet dancer, who takes Ellen under his chatty wing, showing her the ropes. They speak in the code of their illnesses. Two girls talk about binging, one saying, "Ice cream comes up the easiest." There's a discussion about whether or not Emma Stone is fat. Ellen says she thinks Stone just has "big bones." A lot of this dialogue has the unmistakable queasy ring of truth, of dirty dark secrets being told.

Dr. Beckham's unconventional approach involves taking them to an art installation where water falls through the ceiling and then encouraging his patients to dance under the indoor rainfall. It’s a major sequence, with inspirational music. Other than that (and what, exactly, was that?), we rarely see him at work with the patients. There are elements of Cognitive Behavioral Therapy involved in his approach, mixed with some "tough love" tactics. He tells Ellen that she needs to tell her brain to "fuck off." Ellen responds well to this sort of thing. She’s a straight shooter, too. But we don't see enough of his work to see what it is, how it works, how it might not work. "To the Bone" gets interested, instead, in the budding relationship between Luke and Ellen.

The script has Luke, a version of the famed "manic pixie dream girl," insisting on things a lot, insisting that Ellen go out to dinner with him, insisting she eat a chocolate bar even though she tells him multiple times she doesn't want to, insisting they kiss even when she's clearly not really into it, insisting, insisting, insisting ... it's hard to tell what Noxon was going for here. This subplot takes up a lot of bandwidth. It doesn't help that Noxon's staging of a couple of scenes is so awkward that you can still see the blocking.

"To the Bone" does not get at root causes. It does not try to explain why. It does not lecture. All of this is in its favor, to a degree. But Ellen herself remains a cipher. There's a lack of interest in who she is, what she's about, where she's coming from. We see what she does, we see her outward "attitude," but that's about it.

There have been plenty of "eating disorder" movies since "Best Little Girl in the World," but the narrative hasn't embedded itself in storytelling culture in the same way that drug or alcohol addiction narratives have. Eating disorders are a thornier issue, stranger, more intractable, scarier. The wider culture participates in perpetuating these illnesses, and so maybe that’s one of the reasons why Hollywood—a place filled with thin women—is hesitant to address the issue. Thinness is so equated with beauty norms that it's a culture-wide propaganda bomb. Two months after a celebrity gives birth people start making fun of what she looks like in her bathing suit. Girls get the message very young. To address anorexia (in particular), you would have to address the entire culture's preoccupation with weight, its obsession with policing what women look like. Eating disorders are symptoms of the sickness of society. "To the Bone"'s self-awareness about the illness and those who suffer is laudatory, and some of the scenes will undoubtedly be revelatory to those unfamiliar with the lingo and behavior of eating disorders. These scenes will also ring true for anyone who's suffered. “To the Bone” does not treat its lead character as a poor and passive victim, sick though she may be. But the film loses focus in fits and starts along the way. The girl at its center cannot hold the center. 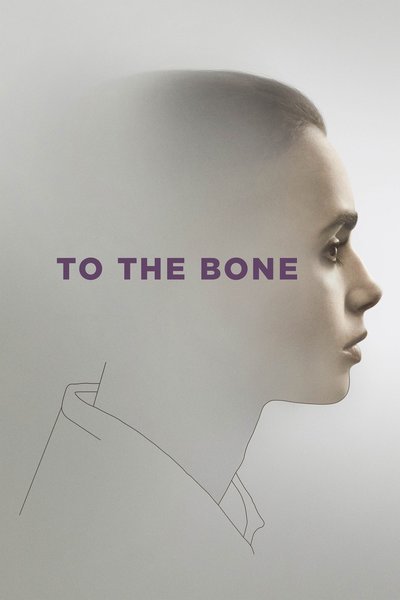 Michael B. Silver as Dr. Weiner