As we watch the teenage participants in the YMCA Youth and Government program, we cannot ignore the sinking realization that for better and for worse, they have been watching us. We can see that they have learned from the mistakes of the current generation of politicians. But we also see that they have absorbed and repeated some of those mistakes as well.

Like “Boys State,” the documentary “The Youth Governor” takes us inside a gathering of high school students trying out politics. Nearly 4,000 California teenagers spend four months setting up their own version of the state government, running for election as “youth governor,” debating policies, legislating, considering bills, and even proposing amendments to the state constitution and making rulings as judges.

It is disappointing that the filmmakers make the same choice the media does in covering government, spending most of its time on the personalities and the horse-race aspect of the elections instead of on the substance of the issues. It’s more about politicking than policies. We hear about some conflicts between the conservatives and the progressives without learning anything about the specifics of their disagreements or, more important, seeing what factors they consider most compelling and how they resolve their differences. There are calls for more money for education and less money from taxes in snippets of speeches. It would be interesting to see more of how a group of teenagers respond to those issues, one which affects them with much more immediacy than the other.

When Gavin Newson, the real governor of California, shows up he stays away from policy too, only encouraging them to be the leaders we need.

There are compelling characters and telling moments. We meet one young woman who bravely shows up as the lone delegate from her district, which has just experienced both a mass shooting and a devastating wildfire. We spend some time with the reigning youth governor, who shows impressive dignity and grace, especially when he is comforting a candidate after a serious setback. An earnest young man describes himself as “not a Republican or a Democrat, a conservative.” He shows his commitment to integrity over party (parties are randomly assigned and then the party members develop their platforms) when he discovers that some of his party’s members are sending vile white nationalist messages through an anonymous account, including anti-Semitic comments about their party’s candidate. He and another member of the party concoct a catfishing scheme to identify the people involved. They are triumphant when the perpetrators are expelled. And they get to give them what Paddington would call a hard stare when they see them exiting the program.

But most of the time is spent on the three finalists for Youth Governor, their tactics and their challenges. One is something of a young Kennedy, at least on the surface. He is an athlete and he commands the room with confidence and easy grace. He spends his final one-minute speech on stage thanking everyone and telling them “It’s not about me; it’s about you!” Another is the Elizabeth Warren of the candidates, always in command of facts and figures and her proposed solutions. She struggles to reconcile her progressive views with the more conservative members of her party. The third is the son of immigrant parents who has proudly reclaimed his ethnic first name after adopting something more “American” in middle school. He has to learn one of the most painful tasks of electoral politics—coming back from an unfortunate gaffe. The students’ proficiency with social media leads to mud-slinging meme attacks that quickly go viral.

Anyone who has ever been to high school will not be surprised to hear that talking about politics is not going to lead to an invitation to the cool table in the cafeteria. One reason the participants are so devoted to Youth and Government is the chance to spend time with other teenagers who share their passion for social change. They have not been discouraged by the disdain of their classmates. More important, they have not been discouraged by the failures of our political system. “It gives me hope that we can be the generation that actually gets things done,” one says. Another says that seeing the way their group treats each other with respect despite their differences will inspire the adults in politics to “learn to be a part of something that’s bigger than yourself.” Like every generation before them, they think they can do better. With aspiring politicians like these, I believe they will.

Now playing in limited theaters and available on VOD. 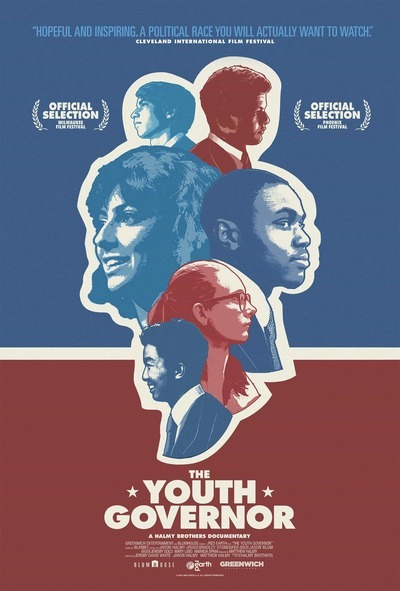 Aidan Blain as Himself

Piper Samuels as Herself