The Vanishing of Sidney Hall

In the unlikely event that you’ve ever been truly curious as to how much M.F.A.-style toxic masculinity can be packed into one motion picture, you ought to check out “The Vanishing of Sidney Hall.” Every other person, and particular persons who love both cinema and literature, can take a hard pass.

The movie, directed by Shawn Christensen from a script he co-wrote with Jason Dolan, begins by signaling the precocious literary brilliance of the title character, played by Logan Lerman in “the twerp is father to the bro” mode, as he reads to a high school class an “essay” describing a girl he once formed a fascination with. “She had a virginal quality that contrasted her ice-cold outer shell,” he says vehemently. He goes on to describe how he masturbated to this unnamed girl’s image. He gets giggles from the class and a stern look from a female teacher. Sidney then commiserates with a male teacher, Duane (Yahya Abdul-Mateen II), who’s more sympathetic to his work. The female teacher, he advises Sidney, IS a published author. “Of romance novels,” Sidney sneers. “What about Hunter S. Thompson or David Foster Wallace?” Sidney asks earnestly. It is perhaps no coincidence that he names two figures who took their own lives. One of the many things the movie can never quite figure out is that either of those authors would have rather never written a single word had they thought themselves capable of writing a sentence as multi-level-abominable as “She had a virginal quality that contrasted her ice-cold outer shell.”

The Movie About A Supposedly Great Writer In Which The Writing The Supposedly Great Writer Produces Kind Of Sucks is not, alas, uncommon. The approximations of Philip Roth that peppered Alex Ross Perry’s “Listen Up Philip” never landed smoothly but fortunately the movie had enough misanthropic juice in the story and dialogue to more than get by. What “Sidney Hall” has is a lot of misogyny. As in an exchange in which the possible Love of Sidney’s Life tells him that she loves Bob Dylan and horror movies and his response is “are you sure you’re a girl?” It also has a lot of what have to be shared fantasies of the screenwriters. The idea that a high school kid, writing a novel with the spectacularly on-the-nose title Suburban Tragedy, can get to the top of the New York Times best seller list for eight months, is a big reach. (Would that Thompson and Wallace had done so well!) The movie gifts young Sidney with an indulgent assistant, a hotsy-totsy love affair, and a lot of Downsides To Fame that are even more narcissistic than the imaginary upsides. A reader’s dramatic suicide, accompanied by a statement that Sidney Hall has put his cult on the path to “expose the suburban underbelly of America no matter what the cost.” A D.B. Cooper/J.D. Salinger kind of “disappearance” that eventually places Sidney on the top of a freight train, smoking a cigarette while in cool sunglasses. How postmodernly “Bound for Glory” can you get, people?

The movie gives Sidney a kind of stalker, known only as “The Seeker,” played by Kyle Chandler, who shows up at libraries and bookstores where beardo Sidney shows up to burn copies of his own works, because The Fame Is Bad. The various story threads resolve themselves in flashbacks and flashforwards, the most memorable of which intercuts Sidney being harangued by his mother and Sidney trying to save the life of the woman he has finally realized is his own true love. This is some pretty can’t-live-with-them, can’t-live-without-them stuff, for sure. A climactic flashback reveals the root of Sidney’s guilt has to do with his having watched a video cassette of an unspeakable act that he means to take to the authorities. Only he leaves it in the VCR and the aforementioned mother discovers it, freaks out, and a big old mess ensues. This guy is supposed to be a genius, remember.

On the plus side, the movie’s production values are very nice and its cast is notable. And as it happens, neither of those are pluses, because what they mean ultimately is that good money is put into this kind of worthless woman-hating garbage even now. 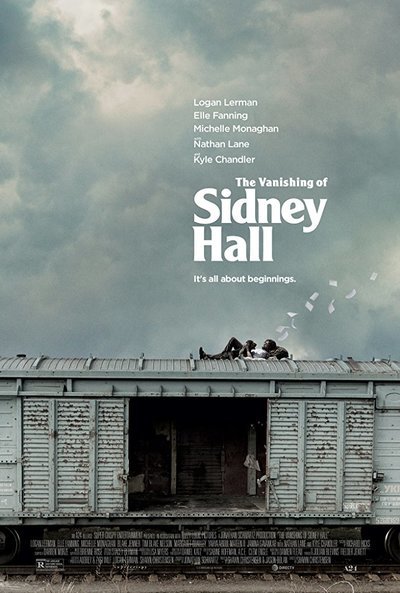 Rated R for language and some sexual references.

Kyle Chandler as The Searcher