However. I can’t complain too much, not only because nobody really cares anyway but also because this latest Nicolas Cage movie, “The Trust,” is actually a moderately entertaining heist movie featuring an animated and reasonably diverting Eccentric Cage Performance. The debut feature of brother filmmaking team Alex and Benjamin Brewer, “The Trust” casts Cage as a seemingly earnest and beleaguered Las Vegas cop. Assembling evidence with his team at a crime scene, he observes “This is a very interesting ashtray,” before being called outside by a superior officer. Thinking his boss is ready to hear some exciting stuff about his evidence findings, he’s disappointed to find out that the guy just wants him to take a John Deere vehicle off the police auction block so he can make a gift of it to his son-in-law. Las Vegas must be a very movie-friendly city to allow its Finest to be portrayed as such nincompoops.

In any event, Cage’s Stone turns out to not be so honest as that, because upon finding a bail slip showing a certified-check payment on a $200,000 fee to spring a relative criminal nobody, he smells a rat and/or a source of illicit cash. He inveigles his disillusioned, largely stoned-out colleague Waters into a little extra-curricular investigation. What they find—a highly-protected vault overseen by drug dealers, or so it seems—startles and entices them. Soon Stone is on the phone to Cologne, Germany, talking high-tolerance drill bits with experts, consulting his German phrasebook all the while. Things get a little less funny when they get to the spot where they hope to drill around the vault’s security, and find the place occupied by not one but two bystanders.

Not content to merely be brother filmmakers, the Brewers wear their Coen influence on their sleeves. It’s not just the casting of Cage, but the attempted wryness of the dialogue (“You can’t walk around dressed like a cop.” “But I AM a cop,” and so on), the confident visual styling, and more. These elements are pretty entertaining as far as they go, especially when Cage is getting his groove on, as when his character tries to convince Waters that a lemon wedge drizzled with hot sauce is a genuine treat. But certain stuff falls flat: it might have seemed like a quirky move to cast Jerry Lewis in the role of Cage’s father, but the 90-year-old icon is only in the film long enough for you to point to the screen and ask, “Is that Jerry Lewis?”

And the movie gets a lot less interesting once it starts to go dark, so to speak, and the elements of the story that you had identified as red herrings earlier on turn out to be, yup, red herrings. At this point Cage’s performance has settled into a kind of forced oddness, as in his reading of the line, “I have an idea. It’s kind of … WACKY.” He says it pretty much exactly as you’d predict. 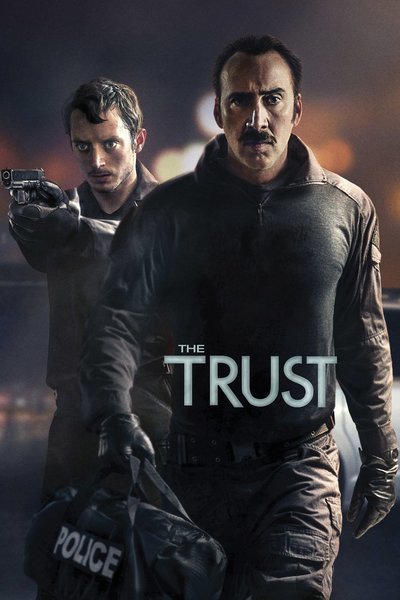 Rated R for violence, language, some sexuality/nudity and drug use.