Where does one even begin with a movie that’s so deeply incompetent that it practically defies criticism? Imagine trying to pick out exactly what went wrong in the kitchen after tasting a bite of something so atrocious that it makes your eyes water and your stomach turn. It can be hard to parse the recipe’s failures when you have food poisoning. This is basically the position I’m in, asked to determine exactly went wrong with David Ayer’s “The Tax Collector,” and really only able to come up with the fact that there’s literally nothing here that went right. Once you get past the horrifically casual racist stereotypes, non-existent character depth, incoherent plotting, clichéd dialogue, and baffling editing, what’s perhaps most insulting is how numbingly boring the whole affair ended up. If you’re going to make a movie this lazily, at least try to make it fun!

David (Bobby Soto) is the title character of “The Tax Collector,” a man who goes and rounds up 30% of all gang activity to kick up to the man at the top, who happens to be played by an against-type George Lopez. David is introduced in a big house with a loving wife and family, the kind of guy who prays with his kin over family breakfast before going off to break some kneecaps. David works with his buddy Creeper (Shia LaBeouf), the muscle behind the operation. David does all the talking; Creeper does all the glaring. They get what they need most of the time, but Ayer drops in hints about the fragility of their situation, of course, in the name of foreshadowing. Whether it’s a pull ending up $20k short or the return of an enemy of their boss named Conejo (Jose Conejo Martin), there are clearly storm clouds on the horizon. And, of course, Ayer opens his script by revealing that it’s almost time for the Quinceañera of his daughter, reminding us he’s just a normal family guy like you and me. We need a reason to care, right? Let’s give him a wife and kids! Of course, it also sets the stage for all of the women in this film to become brutalized plot devices, which happens in such a depressingly predictable fashion.

Everything about “The Tax Collector” is depressing. It’s one thing to produce a film that traffics in such Latinx gang stereotypes that even the writers of “Grand Theft Auto” would say it’s a bit two-dimensional, but the least you can do is serve me your clichés with a degree of filmmaking competence. I don’t know if the blinding ineptitude in terms of basic elements like editing and plotting in the second half of this film could be attributed to COVID-19, but that’s the kindest thing I can presume. Ayer has made frustrating films before, but there was at least a level of craft to them that rose above what unfolds here in the last 45 minutes, which alternates between manipulative tropes, brutal violence, and a plot that is impossible to care about. I can’t remember the last time I cared so little about a major character’s death or where a story was going to end.

It doesn’t help that Ayer leaves his cast hanging. One thing about Ayer was he seemed to be able to draw good acting work from people like Christian Bale in “Harsh Times,” LaBeouf in “Fury,” and Jake Gyllenhaal in “End of Watch.” Everyone here ranges from bad to atrocious, which means the entirety of the acting flaws have to be laid at Ayer’s feet. LaBeouf has been accused of playing a Latinx character, but he's really more playing a guy like Gary Oldman's in "True Romance," someone who has absorbed the culture. However, this doesn't justify the silly Latinx heavy impression that results. LaBeouf has been so strong lately in films like "Honey Boy" and "The Peanut Butter Falcon." This is a terrible waste of his talent.

At least LaBeouf is a supporting character that draws your attention because the protagonist here is a black hole in terms of development and performance. Ayer directed Soto to such a bland non-performance, although most of the problem there is in the writing. No one in this film was given dialogue or behavior that feels recognizably human, and so even talented performers like LaBeouf look like they’re flailing in search of something to hold onto. Yes, the clichéd performances are tragic, especially LaBeouf’s, but one can hardly blame them for trying to find anything to liven up such a deadly dull film, when it’s not being grotesquely violent.

At one point, I wrote in my notes, “Tough guy shit.” And that’s really all this is, an exercise in macho, violent male cinema. It’s tempting to say that no one ever asked what the point was of “The Tax Collector,” but I think it’s even worse than that—they knew there wasn’t a point. It’s always been only about style, like watching someone play a bad video game about Latinx gang culture. Actually, the video game would be more fun. 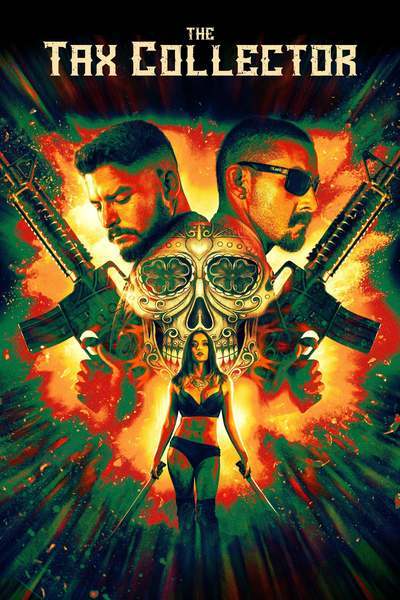