"Can you just let me sit with my own memories?" This plea, from Jennifer (Laura Dern) to her mother (Ellen Burstyn), is a key moment in "The Tale," an extraordinary and disturbing new film directed by Jennifer Fox, based on Fox's own experience with childhood molestation. It's key because "The Tale" is, in many ways, about memory, and memory's unreliability and slipperiness. Memory can cloak trauma in another "better" narrative, sparing us until we're ready to deal. Joan Didion famously wrote "We tell ourselves stories in order to live" (Jennifer quotes this in "The Tale" during a lecture to her film students). Didion's words are often recast as some self-help "all of our stories matter" pablum, but that's not what Didion was getting at at all. Storytelling can be a healthy thing, or it can be a sinister thing. Everyone wants their own narrative to "make sense." But our mind plays tricks on us, and what was used as protection for a traumatized child can begin to destroy the adult. What is amazing about Fox's film (her first narrative feature, although she's been making documentaries for years) is how it shows—visually—how memory operates, what it's like to remember something. Normally, in films like this, you get flashbacks unfurling in a linear way, and the flashbacks, bit by bit, lead us up to the present. But that's not how memory works. It's much much messier than that.

In the film, Jennifer is also a documentary filmmaker, and so her whole life is about finding frameworks for complex narratives. But when her mother calls her one day, deeply upset about a story she just unearthed from a box, something Jennifer wrote in middle school, Jennifer doesn't know what the big deal is. At first. 13-year-old Jennifer wrote of a summer spent with her horseback riding teacher "Mrs. G" (Elizabeth Debicki) and her running coach "Bill" (Jason Ritter). In it, she details her "relationship" with the 40-year-old Bill, whom she considers her first love. Jennifer's elderly mother is horrified by what she has read. She had no idea her daughter was raped by her running coach. But that's not how Jennifer remembers it. She remembers it as something beautiful.

The unnerving power of "The Tale" is in Fox's approach. In the first flashback, Jennifer is 15 years old (played by Jessica Sarah Flaum), starting her first day at a horseback riding camp. It could be the opening to a bittersweet coming-of-age story, which is how Jennifer has seen it all her life. But while going through some photo albums with her mother, Jennifer comes across a photo of herself that summer. She doesn't remember herself as being that little. Suddenly, we see the same flashback, only now her younger self is 13 (Isabelle Nélisse). It's extremely effective in its queasy-making clarity. It's not that the events of the summer would be excusable if she had been 15 years old. It's that her mind has tricked herself into thinking she was older. But the photo of her prepubescent self hammers a crack into her romantic narrative. She goes on a quest to try to piece together that summer, tracking down other students from the riding camp, even paying a visit to a now elderly Mrs. G (a terrifying Frances Conroy).

The film is one long interrogation, not only from Jennifer the character's standpoint, but from a directorial standpoint. Characters look straight at the camera, dead-on, standing in eerie tableaux, caught as though for a camera, photos trapped in an album, telling no tales. Time folds in on itself, as Jennifer moves through her own past. She sees the same event from different perspectives, adding shadings as more information becomes available to her. Jennifer questions the current-day Mrs. G, but she also interrogates the younger Mrs. G, or the younger Bill, or even her younger self. Her younger self says to her, point-blank, "I'm not the victim of this story. I'm the hero."

As 13-year-old Jenny gets sucked into the charismatic personalities of Mrs. G and Bill, we the audience can see that they are predators in the process of grooming her. "The Tale" is an unblinking portrait of how grooming works. The tiny boundary-breaches. The testing of the waters. The subtle wedge Mrs. G and Bill put between Jenny and her parents ("Your parents are afraid of becoming free," Bill tells the child). The creation of a conspiratorial "let's tell each other secrets" atmosphere. It's chilling. A body double was used for the sexual scenes (and it's obvious it's a body double, a good choice: it distances us enough so we don't worry about the child actress).

Catharsis and confrontation is not what "The Tale" is about (which is why the main confrontation feels like it's slipped in from another movie altogether). "The Tale" is also not about mother-daughter conflict along the lines of "Why didn't you protect me?" On the contrary: Jennifer truly believes she remembers that summer accurately. When her mother yells, "Why are you not angry?" Jennifer doesn't have an answer. (Fox has said she didn't classify what happened to her as "sexual abuse" until she was 45 years old. It sometimes takes that long.) All of the actors are in a beautiful zone here, including the young Nélisse, whose solemn face takes in the lit-from-within figures of Mrs. G and Bill and it's clear she feels anointed, chosen, by these two glamorous adults with burnished skin, intimate eyes, languid body language weaving a hypnotic spell.

In The Expelled, Samuel Beckett writes, "Memories are killing. So you must not think of certain things, of those that are dear to you, or rather you must think of them, for if you don’t there is the danger of finding them, in your mind, little by little." Dern plays a woman who, on a level so deep it's out of reach, cannot "think of certain things." Jennifer is not an avenging angel. She's a confused woman trying to remember. "What do you remember of that summer?" "What did you think, Mom, when Bill picked me up at the door?" "Who is that in the picture? Why don't I remember her?" Because Jennifer has never seen herself as a "victim," because she resists the term altogether, it's difficult for her to even look at other possibilities. 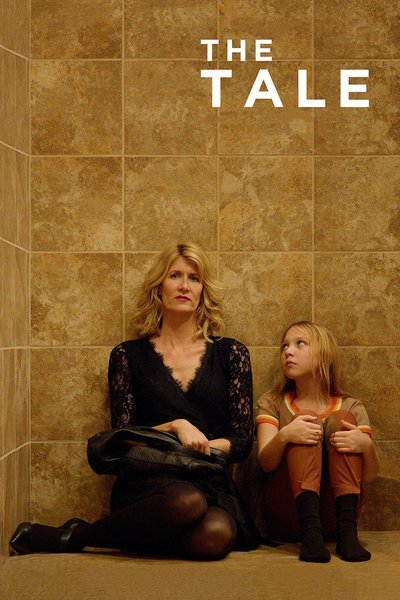