Jack Regan (Ray Winstone) is a detective with a chip on his shoulder and a frown on his face. He leads an elite crew of London police officers known in Cockney slang as "The Sweeney." The men in this squad wear leather jackets and military haircuts. If they shave, they use dull razors. Their women are eye candy, and not much more. Somewhere in the laundry list of clichés, there is a movie here that we have already seen and forgotten.

The Sweeneys target armed robberies, finding culprits with such speed that you figure London must be a very small city. As the film opens, bandits burst into a warehouse full of gold. Meanwhile, the officers head toward the crime scene, making humorous small talk. They arrive with guns blazing and fists swinging, so relentless that they blur the line between law enforcer and lawbreaker.

Ray Winstone is perfectly cast as the gritty cop. He has a likeable quality as a thickheaded bloke with his own morality, slowed down by a pair of plastic reading glasses. He philanders with the wife of an Internal Affairs detective, though there is no emotion, beyond a few moments of contrived tension. He steals from crime scenes, if only to raise the stakes and make things a little more exciting.

This material might make for a compelling crime drama, but the film does not exploit its opportunities. The character of Jack Regan offers promise, but very little depth. In contrast, Winstone's performance in "Sexy Beast" was full of life with minimal action. Here, he is that usual movie cop who relentlessly chases after his prey — a jewel thief — breaking all the rules while destroying expensive cars. We have seen him before, decades ago, on late night television.

The rest of the characters are completely dimensionless. Instead of a story, the film immerses itself in a sleek, bluish tint. It recycles corny lines, too-familiar plot twists, and preposterous action scenes. Regan finds himself in a shootout in a parking garage, with enemies hiding behind cars. Somehow, in this very small structure with very loud echoes, they manage to quietly sneak into their getaway car, then quietly kidnap his girlfriend.

Plot developments appear as coincidences: a random moment in a video, an unintentional glance, an improbable encounter. Runaway crooks spice up the chase seens by bumping into bystanders. Suspense grows not through escalating drame, but through pounding soundtrack. This is not suspense; it's just distraction. The film feels like it's aspiring to be the London counterpart to Michael Mann's "Heat" (1995) or "Miami Vice." Instead, it struggles to keep pace with "Boondock Saints," which was more preposterous, though less clichéd, at least for its time. "Saints" survives as a cult film, though I do not expect this movie to do the same.

"The Sweeney" is based on the 1970s UK hardboiled detective series of the same name, which I have not seen, save for a few YouTube clips. The show peppers its action with dry wit, recalling (or perhaps inspiring) the Bond movies of the same era. Its light influence on British pop culture recalls the occasional "Starsky & Hutch" references we find in the United States.

The movie "Sweeney" is merely an exercise in style over substance, apparently taking nothing from the show except for a few relationships and lesser moments of dialogue. Last fall in the United Kingdom, "The Sweeney" made headlines by opening at the top of the box office, though it did not last long. It is probable that audiences were nostalgic for the old series, but that resulted in little more than a blip at the box office. In the United States, however, the series is mostly unknown, and with this film, is likely to remain that way. 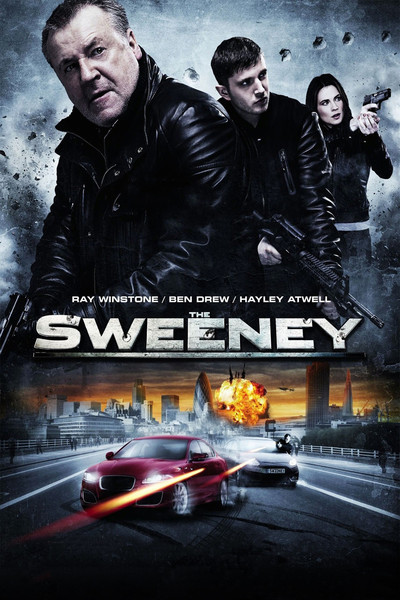 Rated R for violence, language, and some sexual content