Still, you should know that "The Smurfs 2" is a charmless endurance test. It wears you down with tossed-off Smurf-related puns like, "I almost smurfed myself," and "Sometimes, you gotta smurf with the changes." Naturally charming performers like Neil Patrick Harris, Brendan Gleeson, and Hank Azaria are consistently wasted on a script that's like Mad Libs as filled in by a monomaniacal, but schematically programmed spambot ("Well, that was ducked up," one character groans after being transformed into, well, a duck). "The Smurfs 2" is generally moronic and unmoving when it most needs to be cute and disarming. Reluctant parents: you don't need to tell your kids that you won't love them if they like "The Smurfs 2." Instead, you can silently judge them until either you and/or they simply can't bear the thought of talking to each other.

Until then, allow me to lay out how despairingly bland "The Smurfs 2" is, in case you need evidence for future family therapy sessions. The film begins with an explanation of Smurfette's (Katy Perry) origins. Created by the evil wizard Gargamel (Azaria), Smurfette was an ersatz Smurf, a grey-skinned Naughty designed to wreak havoc amongst the Smurfs. But then Papa Smurf (the late, and sorely-missed Jonathan Winters) helped Smurfette see the best qualities in her and become a "true blue Smurf."

Now, Smurfette is unsure of herself: she has recurring nightmares that suggest she is more Naughty than Smurf, and does not in fact belong in a village of 99 other Smurfs (all male, by the way). Gargamel, now a popular stage magician, tries to capitalize on Smurfette's insecurity and kidnaps her in the hopes that he can make his own Smurfs, siphon off their "Smurf essence," and control the world. Meanwhile, while Patrick (Harris) tries to help reunite the Smurfs, he also has to deal with his own identity crisis: stepfather Victor (Gleeson) wants to be part of Patrick's family, but Patrick doesn't relish his unsolicited affection.

You may not enjoy your children's company either after seeing "The Smurfs 2." You shouldn't expect Pixar-quality drama or characterizations from a Smurfs movie. But don't beat yourself up if you expect some follow-through on the movie's only memorably eccentric aspects. The film's main theme of community is only theoretically interesting since it's rarely touched upon. Patrick rarely even interacts with his son Blue (Jacob Tremblay). And Smurfette is a girl-shaped cypher. She doesn't even have a defining tic that she can monotonously joke about like Grouchy (George Lopez) or Vanity (John Oliver) do.

The fact that Smurfette is, in fact, different from the other Smurfs is a mixed blessing. On the one hand, Smurfette is only distinct in that she's so insecure and helpless that she's usually on the verge of tears. On the other, she's simply not as annoying as the other Smurfs are. Vanity, a more-than-effete, self-absorbed Smurf who is obsessed with his reflection, is constantly joking about being "gorgeous," obsessed with musicals, in love with his own "gluts." And Grouchy's negativity is so trying that he briefly tries to re-invent himself as Positive Smurf, though he inevitably gives up on that nobler aspiration. There is ultimately no joke that the film's Smurfs won't despairingly beat into the ground.

The film's human actors aren't much better. Like the film's voice actors, Harris, Gleeson, and Azaria are never given a chance to prove that they're played by people with a sense of comic timing. Azaria fares the best of this bunch, and as in "The Smurfs," he takes every chance he gets to ham it up. But with several subplots crowding his character out, Azaria just doesn't have enough space to be funny.

"The Smurfs 2" didn't need to be thoughtful, or even raucously funny. But the film's various parts could have been played by anybody. A scene where Harris handily imitates Gargamel suggests that you could easily swap all three human male leads' roles without greatly improving or diminishing the film's quality. And you can barely tell that Jayma Mays's Grace, Patrick's wife, is in the film save for a juice-less scene where she desperately apes Audrey Hepburn. There's so much dead air in "The Smurfs 2" that you may turn to your child mid-film, and ask, "How did it come to this," or, "When is your Oedipal phase kicking in, exactly?" Then again, you can wait years, even whole decades to light that particular emotional powderkeg. Love may be unconditional, but seeing "The Smurfs 2" is a bargaining chip you can cash in whenever you want. 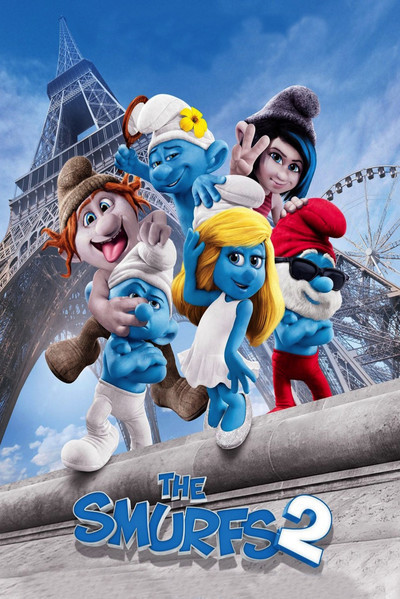