"The Single Moms Club" is almost good. The premise, if not the most original thing in the world, is at least full of promise. Five single mothers from different backgrounds are thrown together by the principal at their childrens' prep school, and told to plan a fundraiser. The school is threatening to expel their kids due to various infractions, and somehow (it's never made clear why) forcing the mothers of these bad kids to plan an event is seen as the perfect solution. Never mind. These devices are par for the course in a Tyler Perry film. So is an overwhelming desire to tie everything up in a neat bow. The movie is called "The Single Moms Club," but Perry can't stick with the theme of that title, not really; he can't resist making sure that every lady has a man by the end. Nobody's going to be a "single mom" for long.

One of the single moms is Hillary (Amy Smart). She's recovering from a nasty divorce from her attorney husband, who has reduced alimony, forcing her to "let go of her help," primarily a Spanish-speaking maid who spends more time with her three kids than she does. Another single mom is Jan (Wendi McLendon-Covey), a book editor struggling to prove to her otherwise all-male workspace that she can do a good job as partner even though she's, well, a single mom. May (Nia Long, in a terrific performance) is a journalist and aspiring author, trying to guide her troubled son Rick through the rough waters of having an absentee drug addict for a dad. Zulay Henao plays Esperanza, a woman still under the thumb of her bossy ex-husband, who threatens to kick her out of the house he bought for her if she dares to bring another man home. And finally there is Lytia (Cocoa Brown), a woman with five kids (the two eldest in jail), a waitressing job, no car, and a determination to keep her 12-year-old son on the straight and narrow.

The first meeting of the Single Moms Club does not go well, and there is the usual culture and class clash. Lytia has zero sympathy for the rich helpless white women who don't know what they will do without a maid. Jan finds Lytia hard and "like a big black wall" (an unfortunate phrase, which she then elaborates on, in an incredibly awkward extended monologue). Eventually, of course, they all start to see one another as equals and friends. Walls break down. The women set up a rotating babysitting system so that they can have at least one night off a week, and they also get to work planning the charity event.

Writer/producer/director/actor Tyler Perry juggles all of this pretty well, and the actors are sympathetic and engaging. The real challenges of people trying to parent alone are highlighted. He even shows sympathy for Hillary, who didn't know her own daughter got her period because her daughter told the maid instead of her. You feel for all of them. There is a good balance in the dynamic, and it makes sense that these different women might become friends. Despite their differences, they have a lot in common.

But then the men start showing up, one by one, in a muddled parade. First there is T.K. (Tyler Perry), who meets-cute with May in a parking lot, then shows up at her house with the purse she left behind. He tells her he looked through her purse and found her book manuscript in there and read it and thought it was really good, and can he take her out to dinner? Because this is La-La Land and not reality, May does not seem alarmed or freaked out by his behavior.

Hillary, meanwhile, awkwardly lusts over her handyman neighbor (Ryan Eggold), but is too shy to make a move. Esperanza is in love with a bartender named Manny (William Levy) but is terrified that her ex-husband will find out. Jan has been celibate for 10 years, but May introduces her to one of her co-workers and Voila, Jan is back on the road to love. Meanwhile, Lytia is being courted (against her will, really) by a swaggering personal trainer named Branson who keeps showing up at her place of work and won't take No for an answer.

The romances are handled slapdash. When T.K. and May first kiss it is so awkward it looks like a mistake. With the exception of Esperanza and Manny, nobody has any real chemistry and the "finding love" storylines just do not mesh with the overall message of the film. The script feels lazy in that way.

But sometimes (rarely but sometimes), there's a moment, a mood, that is touching, poignant, even powerful. The best scene in the film involves May and her son Rick. Rick's dad (never seen in the film) had promised his son he'd pick him up from school, and Dad is once again a no-show. Instead of having a heart-to-heart with her son, she lets him be and waits nearby in the car as her son, small and defeated, sits on the school steps. Jan, on her way to pick up her own daughter, asks May what's going on, and May, staring over at Rick, keeping her distance, says, "I try to see which way Rick’s going to fall, and I try to catch him." Nia Long is a beautiful actress, with a fresh and natural presence. She is emotionally accessible and funny. Neither the bossy machinations of the script nor its requirement that she pair up with T.K. at the end can dim her light. 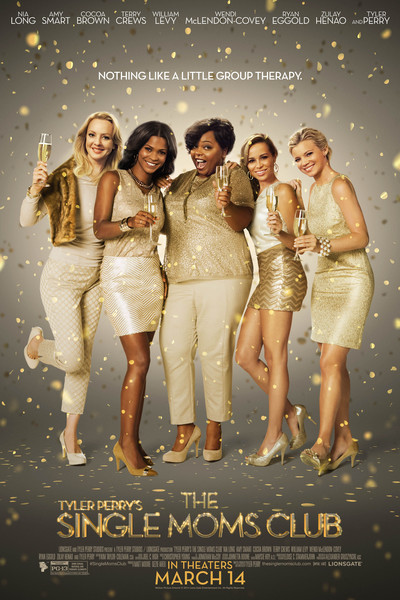