The setup for “The Seed” reads like an “X-Files” cold-open: three gal pals—two social media influencers and one “normal” girl who still uses a flip phone—head out to the Mojave desert for a weekend at a luxe party pad. Following a once-in-a-generation meteor shower, something freaky lands in the pool. The critter is weird and gross, but it’s not not cute. What should they do with it?

If this were in fact an “X-Files” episode, we’d cut from the girls reacting to this E.T. splashdown to federal agents examining their bizarrely mangled corpses, and an inky trail leading to the alien’s basement hiding place. Writer/director Sam Walker, however, in his feature debut, chooses to stick with his trio of heroines, leaving us firmly in the mystery of what this thing is, what it wants, and, ultimately, how to destroy it.

“The Seed” attempts to channel John Waters by way of H.P. Lovecraft, which is an enticing idea. Here, though, the combination of heightened kitsch and effects-heavy tentacled horror clashes more than it complements. The film spends most of its 91 minutes exploring the dynamic between vain Diedre (Lucy Martin), vapid Heather (Sophie Vavasseur) and final girl Charlotte (Chelsea Edge). The horror hits hard two-thirds of the way through, but the halting momentum up to that point makes it difficult to justify waiting that long.

Shot in Malta with a UK cast, Walker’s movie aims to comment on certain flavors of digital-age American extravagance, but lacks the perspective to make any effective statements. Malta stands in pretty well for the Mojave; there are even Joshua Trees dotting the horizon. However, it lacks certain hallmarks of Americana—not a diner, gas station, or airstream trailer in sight—that would usually define that landscape, or movies about it. The area’s locals consist of an aging cowboy (Anthony Edridge) and a pimply teen (Jamie Wittebrood) who look and sound like cartoonish parodies of rural Americans.

The movie’s statements on the evils of social media aren’t terribly deep either, focusing mainly on Diedre and Heather’s obsession with their phones, Instagram-ready looks, and attempts to cash in on their online fame. Edge’s Charlotte exists as a counterpoint to her friends’ behavior, but she’s mainly defined by not doing, or quietly judging, everything they do. None of these ideas are new. All of them speak to the selfishness and privilege at the core of Heather and Diedre’s existence. These issues are never addressed outright, but instead become the basis for the girls’ brutal, bloody punishment at the hands of their alien visitor.

“The Seed”’s alien effects are easily its biggest draw. It may take too long for this movie to arrive at the payoff, but once it does, the results are unsettling, impressive, and completely surprising. The alien, which resembles a more robust version of the “Eraserhead” baby, eventually makes its intentions known in a series of scenes involving moist, spongelike carpets of flesh and unexpected appendages cast in lurid reds and absorbing shadows. The tone switches with barely any warning and, given the meandering that’s come before, it’s a pleasantly icky drop into body horror.

What “The Seed” lacks in profundity or consistent atmosphere it very nearly makes up for in its application of nasty effects and striking makeup. However, while it has some technical achievements to recommend it, the movie suffers from inconsistent pacing, as if it’s trying to fill time to get to the good stuff. There are themes here worth digging into, but Walker barely considers them beyond the surface level. A stronger balance of theme and scares would make “The Seed” something remarkable. Instead, it’s more like a top-notch effects reel with a lengthy prologue. 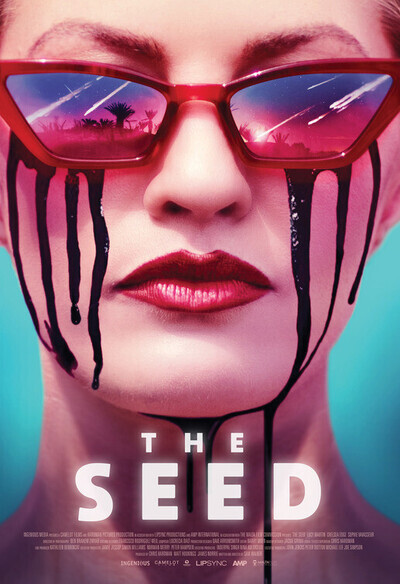