The Run Of The Country

The teenage boy's name is Danny (Matt Keeslar), and he lives at home with his father (Albert Finney), the local policeman. Life moves slowly in their rural district - so slowly that his father actually prays for "one good murder - that's all I ask." Things look up when a corpse is found by a road, but it turns out to belong to a drunk, decapitated by a hedge trimming machine. Bad luck.

One day, Danny gets a glimpse of a red-haired girl named Annagh (Victoria Smurfit), and falls instantly in love. He even gets involved in a foolhardy bungee jumping stunt just to impress her, and before long, they've met and fallen in love. This is the first time Danny has experienced true love, and his knowledge of sex is limited.

He's coached by his best pal, Prunty (Anthony Brophy). The relationship between Danny and Annagh is as idealistic and innocent, in its way, as the love story in the wonderful Irish film "Circle of Friends," although the characters are a good deal simpler.

The father, alas, is not. As written by Shane Connaughton and played by Finney, he seems made out of two different versions of the same character. At times, he comes across as a hard-drinking bully, mean-spirited and closed-minded. At other times, he relaxes into the role of a sunny philosopher. We never know where we stand with him, and I'm not sure that's the film's intention.

The story has a double edge itself. There are goofy stunts, like the time Prunty encourages Danny to put on a priest's vestments, and Danny blesses a farmer's beloved sow. The way this scene pays off - with indignation from the real priest - belongs in a screwball comedy, and doesn't fit with the darker tones of this story.

I was least convinced by the closing scenes, which I can't discuss without revealing important plot points. But ask yourself whether developments don't come rather quickly, in an unlikely fashion; melodrama takes over from the film's generally realistic tone. I was also, at times, not sure of Annagh's motivation, and couldn't figure out why such a smart young woman wouldn't do or say a few obvious things to make the situation easier.

"The Run of the Country" was directed by Peter Yates, who in "Breaking Away" (1979) found exactly the right tone in a comedy about a family, and seems to be trying for some of the same notes here. I think perhaps he should have decided whether he was making a tragedy or a comedy, and then left out the material that didn't fit. The movie has too many scenes that work well on their own, but don't add to the final effect. 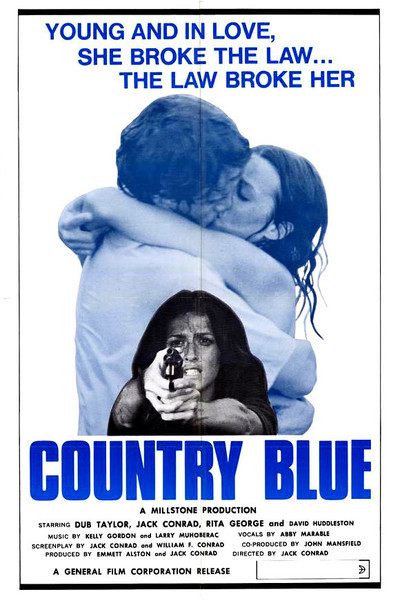 Rated R For A Strong Sex Scene and Some Language