The Other Side of the Door

Somewhere deep down—deep, deep down—“The Other Side of the Door” might be trying to say something about American exceptionalism. It might have a message about moving to a foreign country only to live in remote idyll, away from the squalor and teeming masses, blithely unconcerned with the power of centuries-old native beliefs and traditions. It might be trying to make a point.

If so, it sure is hard to hear it over the noisy screeches and cheap jump scares.

Set in Mumbai, “The Other Side of the Door” is essentially an overly familiar ghost story swathed in pseudo-Hindu mumbo jumbo. It cobbles together many of the ideas and images, sights and sounds you’ve experienced a million times before in superior horror movies, packages them up and ships them off to India. Every once in a while, director and co-writer Johannes Roberts comes up with a genuine jolt or showcases the local scenery with a particularly pretty establishing shot. Otherwise, his film remains mostly mundane, predictable and even sort of exploitative.

It all begins blissfully enough, though, as husband and wife Michael (Jeremy Sisto) and Maria (Sarah Wayne Callies) are walking along the beach in India (where Michael frequently travels for his work as an antiques dealer), luxuriating in the news that they’re expecting their first child. They decide spontaneously to move there permanently and make it their home as they start a family. Because they can.

Cut to six years later. Maria suffers from chronic nightmares. She and Michael seem to be enjoying a lovely life in a colorful, comfortable home with their adorable daughter, Lucy (Sofia Rosinsky), their ever-helpful live-in housekeeper, Piki (Suchitra Pillai-Malik), and their friendly golden retriever, Winston. But it’s clear from photos and home videos that Maria and Michael once had another child, Oliver (Logan Creran). An extended flashback details the horrific way he died: He drowned while trapped in his seat during a car accident, which his mother and sister survived.

We see Oliver’s panic and his mother’s fear as the water rises inside the vehicle. We hear his cries and pleas for her not to leave him and witness as he desperately gasps for his final breaths. We see Maria sobbing uncontrollably as she clutches the little girl she managed to save. To use a bad TV news cliché, it’s every parent’s worst nightmare. This should be gut-wrenching stuff—especially for this critic in particular, who’s the mother of a boy about the same age as Oliver with similar blonde, fair features. But Roberts handles it all in such clanging, heavy-handed fashion, it feels more like an assault than anything else—then, later, a shameless attempt to wring facile fright from legitimate devastation as Maria struggles to work through her grief.

Coincidentally, Piki also lost a child—a daughter—in a tragic water death. And she has some advice for Maria in the form of an ancient ritual. She tells her about an abandoned temple in her remote village. There, you can scatter the ashes of the dead on the front steps, go inside, wait for nightfall and listen by the door. The person you want to speak with one last time will appear on the other side. You can talk to each other, say your final goodbyes and achieve closure. But you cannot open the door. We repeat: You can NOT open the door.

So guess what Maria does? She goes through all these elaborate steps (beginning with digging up her child’s buried corpse and cremating it), listens at the door, hears Oliver’s voice, tells him she loves and misses him and that she’s sorry she couldn’t save him. Then she opens the door.

In the process, she also opens up the portal between the living and the dead, or some such. Roberts, meanwhile, opens up a big bag of tried-and-true, haunted-house movie tricks. Soon after Maria returns home to her family, strange things start happening. Toys move around mysteriously. Wooden blocks tumble to the floor, spelling out Oliver’s name. A light flickers on by itself. A book gets knocked off a shelf. A piano plays “Heart and Soul” in the middle of the night. And the dog—the poor, sweet dog—tries to warn everyone about what’s going on, his sharp bark piercing the quiet darkness in vain.

To her credit, Callies has an accessible presence and tries to provide more pathos and humanity than were supplied on the page, even as her character makes increasingly idiotic decisions in the name of parental love. Sisto gets little more to do than rush in late and catch half the story, over and over again. And Pillai-Malik—the only Indian actor with an actual speaking part—is in the thankless role of being right and suffering for it all the same. 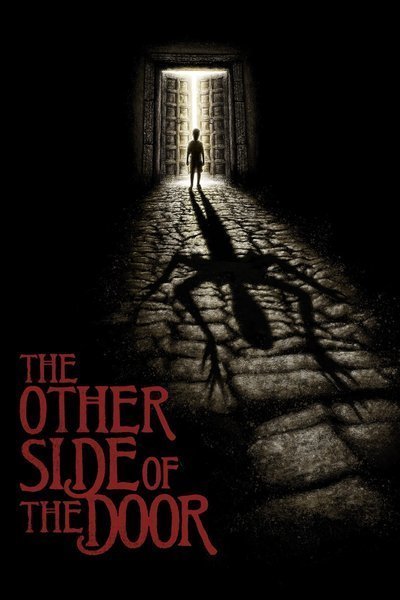 Rated R for some bloody violence.