The Ocean of Helena Lee

Depending on how one looks at it, the oceanfront can be looked at as either the starting point of a new and promising life or the final move of someone with nowhere else to go. The two main characters in "The Ocean of Helena Lee" live together in the Venice Beach area of California, and each represents one of those two particular perspectives. Watching them navigate through their lives makes for one of the more unique, evocative and deeply felt coming-of-age films to come along in quite some time.

Helena (Moriah Blonna) is a 12-year-old girl whose imminent passage into adolescence is made all the more challenging by the loss of her mother a couple of years earlier. She yearns to be a writer but more than that, she is consumed by the notion of storytelling as a whole—what they mean and what they signify. Chiefly, she is interested in getting to the bottom of her own personal narrative—if she can figure out who she is and what she wants, maybe she can understand why her mother was taken from her and discover her true path in life. At the same time that she is grappling with these admittedly heavy sentiments, she is also acting like a normal girl of her age by goofing off at the beach and hanging out with her friends.

Micky (Tom Dunne) does a lot of that as well but since he is Helena's father, the effect is not so much carefree as kind of sad. He is kind of a screw-up whose days are a blur of booze, women and bumming around on the beach occasionally punctuated by a job as a drummer in a local strip club. In contrast to his daughter's startling maturity, he is still caught in the grips of an arrested adolescence that only seems to have intensified in the wake of his wife's death. That said, he is not a bad father in many key areas—he clearly loves Helena, treats her like an adult and wants to allow her the freedom to find her own way in life. However, when it comes to more mundane things like providing a stable environment for her to grow up in, he has neither any clue as to how to go about it nor any evident interest in doing so and as the seasons pass from the glory of summer to the chill of winter and beyond, this eventually inspires a rift between them with results that are both devastating and liberating in equal measure.

"The Ocean of Helena Lee" opens with the words "Based on a true story" and indeed, it is a semi-autobiographical take on the life of filmmaker Jim Akin. However, even if that notice was not included, most viewers would instantly latch on to the fact that they were watching something of a deeply personal nature, and not just because Akin wore virtually all of the key hats of its production—besides writing and directing, he also did the cinematography, sound and editing and co-produced and collaborated on the score with his wife, singer Maria McKee (who herself appears in the film occasionally as the ethereal vision of Helena's mother). This is a film that is created not from the expected lockstep machinations of the usual coming-of-age template but from the rambling nature of real life and it is that streak of authenticity that helps to give it an undeniable power. His depiction of the Venice Beach area of the early Seventies, a place of "beauty contests and freak shows," is incredibly evocative without ever overdoing the period dressing and many of the conversations, especially the powerful climactic confrontation between Helena and her father, are equally realistic in the way that they sound like real words coming from real people and not simply pieces of dialogue written for someone to say.

The film is always visually arresting and takes on the mantle of a tone poem that oftentimes suggests the work of such filmmakers as Terrence Malick and David Gordon Green (the Malick connection is especially strong thanks to a narration by Helena reminiscent of the one delivered by Linda Manz in "Days of Heaven"). Simply put, there is not a single boring shot, and yet, at the same time, Akin never allows the style to overwhelm the story he is telling. The score that he and McKee have put together is equally impressive in the way that it evokes the changing moods of Helena's world and the songs that McKee performs throughout serve as a reminder that she is in possession of one of the purest voices in the music world today. This is a remarkably confident piece of filmmaking that is all the more impressive due to the fact that it is only Akin's second feature.

In transforming his story into a film, Akin made the decision to change the gender of the character based on him to female. That gamble clearly paid off as the other great triumph of "The Ocean of Helena Lee" is the central performance from newcomer Moriah Blonna as Helena. She is an absolute natural in front of the camera—especially important since she is in virtually every scene—and deft enough of a performer to take lines that might have come across as dodgy in the hands of others ("I like to learn. I don't like to be taught") and make them seem utterly authentic. As for the other performances, Tom Dunne does an excellent job of finding a certain sympathetic note for playing Micky without ever letting him off the hook for his irresponsibility ("Just a small lost boy unwilling to be big") and McKee is an undeniably striking presence in her brief appearances as Helena's mother.

In keeping with its low-key and essentially homemade nature, "The Ocean of Helena Lee" is utilizing an unusual distribution pattern. There will be a number of screenings over the next week in Hollywood featuring live performances from Maria McKee and it will also be available to buy on DVD and Blu-Ray and download via iTunes and Amazon. Whatever the method you employ, it is worth it because this is a film well worth seeking out—a graceful and intelligent hymn to youth, perseverance and self-reliance featuring hypnotic imagery, captivating performances, a soundtrack that you will want to download as soon as possible and a final shot that will haunt you for a long time after it ends. 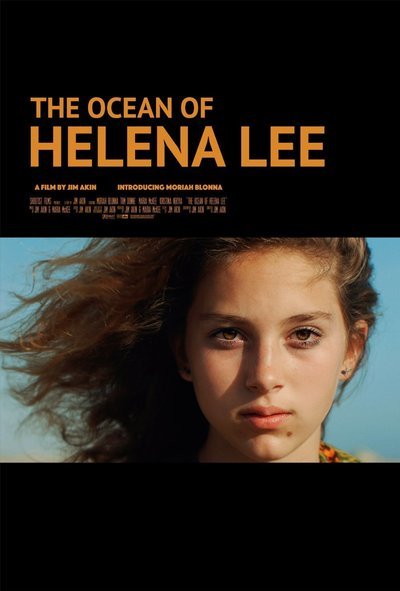