Gogol? How did I get a name like Gogol?

Doubling back to review movies I missed while ill.

“The Namesake” is Mira Nair’s ninth feature, and I suspect the one closest to her heart. It tells the story of a young couple who have an arranged marriage in Calcutta and move to New York, where they discover each other and their new country, and have two children. Then the story shifts to center on their son, while keeping them in the picture. Nair, born in India, educated at Harvard, married to a Ugandan, must have felt a resonance on every page of her source, the beloved novel by Jhumpa Lahiri.

The first meeting of the young woman Ashima (Tabu) and her proposed husband Ashoke (Irrfan Khan) is filmed with subtle charm. Her prospective mother-in-law warns her that life will be hard in New York, far from home friends, family, all she knows. “Won’t he be there?” she asks shyly, and the solemn Ashoke smiles, and their future is sealed. Her new husband is an aspiring architect, earning enough at first to afford only a low-rent flat in a marginal neighborhood, but America has its consolations: “In this country, the gas is on 24 hours a day!” he tells her.

Nair tenderly handles their first days of warily walking and talking around each other, and tentatively making love. It goes easier than it might have, because this is a marriage that was arranged between the right two people, and their respect and regard (and eventually deep love) only grow.

Along comes a son, Gogol (Kal Penn), and a daughter, Sonia (Sahira Nair, the director’s niece). Much is made of how Gogol got his name, which is not Indian or American but inspired by his father’s favorite author; as an adolescent the boy comes to hate it, and changes his name to Nikolai (or “Nicky”), Gogol’s own first name. But there is a reason for “Gogol,” and it has much importance for his father, who often mentions Gogol’s short story, “The Overcoat.” In that story, interestingly, the hero has a laughable name, which Gogol explains “happened quite as a case of necessity… it was utterly impossible to give him any other name.” How the American boy got his name becomes the stuff of family legend.

The movie concerns itself largely with being Indian and American at the same time. With making close ties with other Indian immigrants, sprinkling curry powder on the Rice Krispies, moving to a split-level suburban house, sending the children to college. Gogol, or Nicki, acquires a white girlfriend named Maxine (Jacinda Barrett), who apparently truly loves him but says the wrong things during a period of family mourning, so that Gogol shuts her out. Then he marries a Bengali girl named Moushumi (Zuleikha Robinson), who has grown much more sophisticated since he first met her years ago during negotiations between their parents. His sister daughter marries a nice white boy named Ben. “Times are changing,” Ashima philosophizes.

The culture gap is demonstrated when Gogol brings Maxine home to meet his parents, and warns her: “No kissing. No touching.” He has never even seen his own parents touch. But Maxine impulsively kisses his parents on their cheeks, and the earth does not move. They would prefer him to marry “a nice Bengali girl who makes somosas every Thursday,” as Moushumi describes herself, but the film reveals that the children of the second generation do not always follow the scripts of their parents.

The movie covers some 25 or 30 years, so it is episodic by nature. What holds it together are the subtle loving performances by Tabu and Khan, both Bollywoood stars. They never overplay, never spell out what can be said in a glance or a shrug, communicate great passion very quietly. As Gogol, Kal Penn is not a million miles removed from the character he played in “Harold and Kumar Go to White Castle,” although he is a lot smarter. He is an angel until about 13, and then his parents, heaven help them, find they have given birth to an American teenager.

“The Namesake” tells a story that is the story of all immigrant groups in America: Parents of great daring arriving with dreams, children growing up in a way that makes them almost strangers, the old culture merging with the new. It has been said that all modern Russian literature came out of Gogol’s “Overcoat.” In the same way, all of us came out of the overcoat of this same immigrant experience. 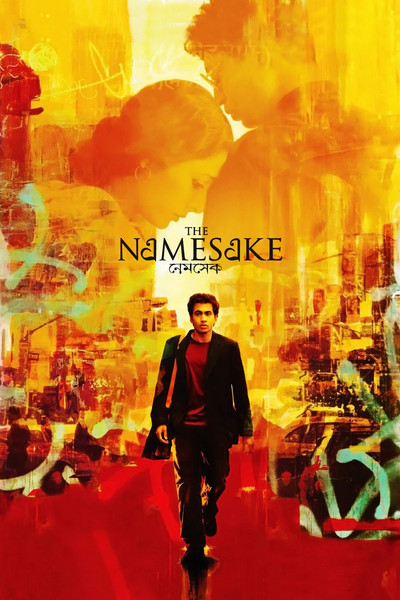