“That site was about humiliating people as much as possible.” It’s incredible how much energy has been expended on projects designed to diminish, bully, and destroy people’s lives. One of the kings of such a vile enterprise was Hunter Moore, who Rolling Stone dubbed “The Most Hated Man on the Internet,” also now the title of a three-episode Netflix docuseries about this gross spectacle of a human being.

How did Moore earn such a title? He created a site in 2010 called Is Anyone Up?. While it started with a focus on band/concert culture, it quickly turned into a hub for revenge porn, a place for people to post and peruse private photos of anyone they could find, often with links to Facebook profiles or even home addresses. And when Moore was confronted with how profiting off invasions of privacy that literally put lives in danger was morally repugnant, he would just smile and laugh, a true sociopath who lacked an ounce of empathy. Where is he today? He’s a convicted criminal, and the women who brought him down are the true center of “The Most Hated Man on the Internet,” which becomes the story of a heroic mother and daughter who refused to give in to Moore’s bullying. Some of the larger context of Moore’s impact and the people who blindly followed him into Internet Hell is missing here, but it’s still an admirable reminder that even a powerful bully is no match for a parent seeking justice.

An interesting disclaimer at the beginning of “The Most Hated Man on the Internet” reveals that all footage within the series to follow of Is Anyone Up? is fake/recreated, which was a smart move from the creators to avoid repeating exploitation. Raw TV, the creators of Netflix hits “Don’t F**k with Cats” and “The Tinder Swindler,” also smartly center the real heroes of this tale early on by introducing viewers to Charlotte and Kayla Laws from the very beginning. Kayla tells of taking a topless photo and emailing it to herself because her phone storage was full. Before she knew it, the photo was on Moore’s site. She never emailed it to anyone else. She gave no one permission to post it. Not only was the post an invasion of privacy but Kayla suspected, correctly, that it was the product of hacking. Charlotte began an intense investigation, contacting dozens of women who had also been hacked. Facing threats from Moore and his acolytes, Laws had all the evidence that the FBI needed when they came knocking.

Is Anyone Up? launched in 2010 and had fallen apart to a degree that it was sold to the owner of an anti-bullying website—himself a fascinating interview subject in this series, having tried to take Moore down from within—only 16 months later in early 2012. Moore would plead guilty to identity theft and other charges in 2015 and serve less than two years behind bars. And that’s it. In the grand scheme of the internet, the most hated man on the internet burned out quickly. And that’s the core of the flaw of Rob Miller’s docuseries—a failure to place what Moore did in the larger context of what came before and, more importantly, what came after. The truth is that there are other Hunter Moores out there right now and the approach of his fanbase, who were enabled by Moore to bully and threaten people, hasn’t dissipated online at all. Moore didn’t create online toxicity, he tapped into a vein that was already there. Where did it go now? How do we stop the next Moore before he starts?

And why did SO many people choose to follow the internet’s self-proclaimed Charles Manson? Miller interviews some of his former colleagues, including an attorney, girlfriend, and one of his viral stars, a woman known as ‘Butthole Girl’ for reasons I couldn’t possibly explain in a review. They all seem almost shell-shocked by their experiences, as if they escaped a cult. Maybe they don’t even know why they originally chose to stay. It feels like Miller intentionally, and understandably, picks the vilest interview clips with Moore, but it makes it hard to understand how he became the King of the Incels. How did everyone not see through him immediately?

This greater context is eschewed in favor of centering the Laws women, which makes sense given their journey and that they're incredibly open interview subjects, but I wondered how we can ensure that people like Charlotte and Kayla Laws don’t have to be heroes next time. Maybe that’s a different project, but there’s an important question that feels unanswered here—when the most hated man on the internet goes to jail, how do we make sure someone doesn’t just take his place on the throne? 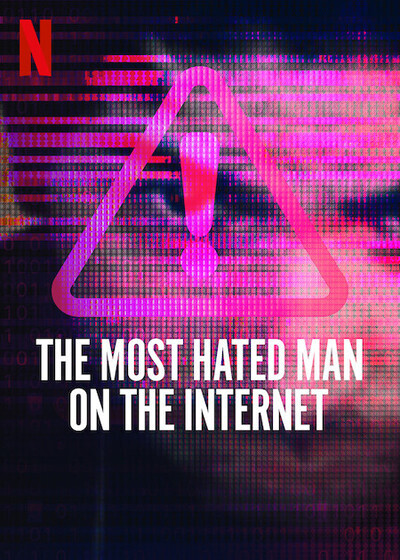