Stop me if you think you’ve heard this one before: In a rigidly structured dystopian future, one plucky teenager dares to think for himself, shake up the status quo and start a revolution–or, at least the beginning of a trilogy.

Such is the stuff of “The Maze Runner,” which hews pretty closely to the YA-novel formula that’s reliably produced so many hugely successful film adaptations in recent years. And, indeed, director Wes Ball’s film is based on the best seller by James Dashner. It features a similar structure, hits some recognizable beats and includes some character types that will seem pretty familiar to anyone who’s seen the “Hunger Games” films, or “Divergent,” or “The Giver.”

But its roots stretch back further to classic, allegorical literature about frightening utopias, especially “Lord of the Flies.” While there’s no Piggy and no conch, the teenage boys who populate this eerily idyllic society have formed their own leadership and their own rules, and they think they’ve achieved a peaceful sense of order.

That is, until Thomas shows up. Actually, he doesn’t even know his name is Thomas at first. Dylan O’Brien (MTV’s “Teen Wolf”), who resembles a young Rob Lowe, plays the confused young man. At the film’s start, he finds himself rising quickly in a big, rickety freight elevator that’s also loaded with supplies. (The film’s sound design is quite startling and effective; it puts you on edge from the earliest moments.)

When he arrives at the top, he steps out into a sprawling, grassy square known as the Glade, which is surrounded on all sides by imposing and impossibly high concrete walls. Dozens of handsome, young men of various ethnicities wearing various shades of the same long-sleeved shirt work together cooperatively in the sunshine–building huts, gardening, cooking, etc. It’s like the world’s hottest, grungiest Benetton ad.

Like the others before him, Thomas has no memory of who he is and no idea how he got there. But as the newest arrival to the Glade, he is dubbed a “greenie” and duly hazed until he can prove his worth to the key figures he meets. The charismatic Alby (Aml Ameen), who was the first to arrive, is the de facto leader. Newt (Thomas Brodie-Sangster) is his impish right-hand man. Gally (Will Poulter) is the muscular bully. Chuck (Blake Cooper) is the wisecracking chubby kid.

And Minho (Ki Hong Lee) is the head of the runners: fleet-footed boys who dare to enter an opening in the giant walls and explore the maze that lies behind them. It’s vast and treacherous but at least navigable in the daytime; at night, it closes up, changes paths and devours anyone foolish enough to remain trapped. No one has survived it overnight and no one has exited the other side.

And what’s intriguing about “The Maze Runner”–for a long time, at least–is the way it tells us a story we think we’ve heard countless times before but with a refreshingly different tone and degree of detail. Ball, whose background is in visual effects, doesn’t overload his feature debut with a lot of glossy, high-tech imagery. Not for a while, anyway. Much of the film’s charm comes from its rough-hewn aesthetic–a tactile nature that’s both industrial and organic–and the way it takes its time vividly establishing an environment.

When Thomas eventually does enter the maze–no spoiler there, folks, it’s in the title–it produces some moments that are truly harrowing and filled with non-stop, near-death peril. (This is a super-violent PG-13, but then again, the young readers who are the target for these books know what’s in store for them.) The beasts who dwell there are incessant, ravenous and very, very fast. I won’t divulge what they are, but I’ll only say that they’re extremely cool looking and scary as hell.

All of which brings us to the ending. Man, that ending. What a misstep. It’s so incredibly frustrating, because everything was going so well until then. The third act brings some mystery with the arrival of the first girl ever sent up in the elevator: a strong-willed brunette named Teresa (Kaya Scodelario), who seems to know Thomas already.

But The Big Reveal of what happened to these kids, who trapped them in this place and what their purpose is ends up being pretty over-the-top even for sci-fi. A lot happens in the film’s final minutes to the extent that it makes “The Maze Runner” feel like it has several conclusions. Some of them feature some unintentional hilarity when shock and fear probably were in the game plan. And they squander the formidable and versatile Patricia Clarkson in only a few moments as the chilly, nefarious mastermind of the maze.

Presumably, she’ll figure more prominently in the sequel. Because, oh yes, it’s coming. You will not have to wander around looking for it for long. 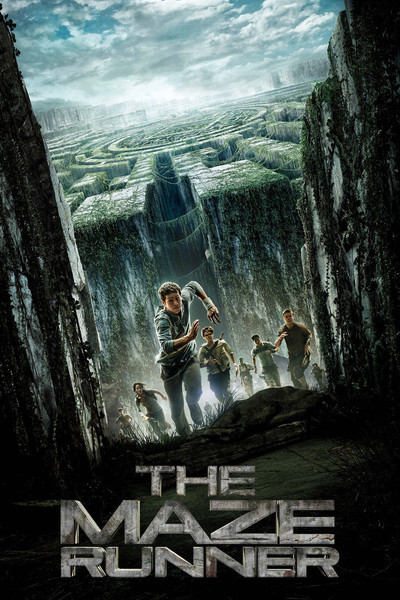 Rated PG-13 for thematic elements and intense sequences of sci-fi violence and action, including some disturbing images