Now that Miley Cyrus is 17, it's about time she played a 16-year-old. That she does fetchingly in "The Last Song," and wins the heart of a beach volleyball champion a foot taller than she is. Well, actually 12.5 inches. She also learns to love her dad, played by Greg Kinnear, whose aura suggests a man easier to love than, say, Steve Buscemi. She does this on an idyllic island paradise off Savannah, Georgia, where her dad is a classical composer whose pastime is restoring stained-glass windows.

I was trying to remember the last time I felt the way about a girl that Miley Cyrus's fans feel about her. That would have been in 1959, when I saw Hayley Mills in "Tiger Bay." Oh, she was something. A brave tomboy. She was 12, but I could wait. It's a bit much to ask for the same innocence from Miley, who has already had her first World Tour, but the fact is, she does a good job of making her character Ronnie engaging and lovable. That's despite her early Alienated Teen scenes. You know it's an Alienated Teen when it's a lovely day on an island paradise, but she has her hands pulled up inside the sleeves of her sweater and huddles against the chill of the cold, cruel world.

I like Miley Cyrus. I like her in spite of the fact that she's been packaged within an inch of her life. I look forward to the day when she squirms loose from her handlers and records an album of classic songs, performed with the same sincerity as her godmother, Dolly Parton. I think it'll be a long, long time until she plays a movie character like the free-standing, engaging heroines of Ashley Judd, but I can wait.

"The Last Song" is about how Ronnie (Miley) and her little brother Jonah (Bobby Coleman) are taken by their mother (Kelly Preston) to spend the summer with their dad Steve (Kinnear). She blames her dad for the divorce, is sullen and withdrawn. Ten minutes after she hits the beach (dressed in Gothic black), her milk shake is spilled by a flying volleyball player named Will (Liam Hemsworth). Talk about your Meet Cutes. Gradually she overcomes her hostility to Men and realizes Will is a nice and honorable kid, even though he lives in a vast Southern mansion with insufferable rich parents.

Ronnie and Will make an attractive couple, possibly because Miley is standing on a box below camera range. I suspect Hemsworth may have been cast for his appeal to fangirls, rather like Robert Pattinson in "Twilight." He's a little too tall, blonde, blue-eyed and hunky to be super plausible. He can definitely become a star, but it may be in the Peter O'Toole tradition; I can more easily imagine him in a remake of "Lawrence of Arabia" than as a settled spouse in a domestic drama.

Miley Cyrus, on the other hand, is attractive in the way of a girl you might actually meet. Her acting is unaffected, she can play serious, and she works easily with a pro like Kinnear, whose light comedy skills are considerable and undervalued. She even seems sincere in the face of a plot so blatantly contrived it seems like an after-school special. Would you believe that she and Will bond over sea turtle eggs?

Yes, she scares off a raccoon trying to raid a nest of eggs buried in the sand, and mounts an all-night vigil over them. Then she calls the aquarium, and who do you think is the handsome volunteer who responds to the call? Standing watch together the second night, Ronnie and Will start talking, and it's only a matter of time until they regard together the itty bitty turtles hurrying toward the sea.

The other big crisis of her summer is that she' a trained classical pianist, but has just turned down a scholarship to Juilliard because her dad, you see, is such a snake. In a world containing divorce, what's the use of Mozart? The film's title relates to this situation, I believe, in some obscure way. Miley does, however, sing in the movie. She's mad at her dad, but not her fans.

"The Last Song" is based on the novel by Nicholas Sparks, who also wrote the screenplay. Sparks recently went on record as saying he is a greater novelist than Cormac McCarthy. This is true in the same sense that I am a better novelist than William Shakespeare. Sparks also said his novels are like Greek Tragedies. This may actually be true. I can't check it out because, tragically, no really bad Greek tragedies have survived. His story here amounts to soft porn for teenage girls, which the acting and the abilities of director Julie Anne Robinson have promoted over its pay scale.

The movie is intended, of course, for Miley Cyrus admirers, and truth compels me to report that on that basis alone, it would get four stars. But we cannot all be Miley Cyrus fans, and these days you rarely hear Hayley Mills mentioned. Yet I award the film two and a half stars.

To be sure, I resent the sacrilege Nicholas Sparks commits by mentioning himself in the same sentence as Cormac McCarthy. I would not even allow him to say "Hello, bookstore? This is Nicholas Sparks. Could you send over the new Cormac McCarthy novel?" He should show respect by ordering anonymously. But it seems unfair to penalize Miley Cyrus fans, Miley herself, and the next Peter O'Toole for the transgressions of a lesser artist. 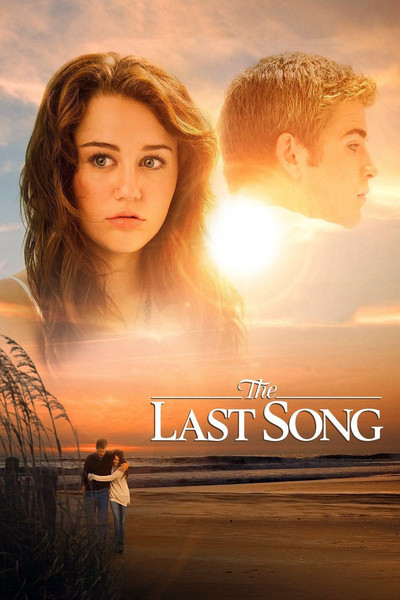