The Last Days of American Crime

The only crime here is cinematic. It’s not often one sees a film as vile, ugly, and deeply incompetent as Olivier Megaton’s “The Last Days of American Crime.” Completely buried by Netflix—they didn’t send screeners and it wasn’t even in my New Releases bar on the site—my initial suspicion when the film started was that they were hiding this one mostly because of a case of bad timing. After all, a film about unrest being quelled by a tyrannical government may not play as well in June 2020 as Netflix suspected when they signed the check for the budget. But I quickly realized that there was probably no political or cultural sensitivity at play. Netflix is burying this because it’s embarrassing. Poorly written, ineptly directed, and possibly the longest movie ever made in terms of how it feels, the only thing notable about “The Last Days of American Crime” is that it made it this far in the filmmaking process. Someone should investigate how that’s possible.

The truth is that Megaton and Netflix were probably hooked by the concept of Rick Remender’s graphic novel, which proposes a technological advancement that could stop all crime in its tracks. It’s the product of something called the American Peace Initiative, which will send a signal to the human brain that stops them from committing a crime. After a hideous scene in which a man is doused in gasoline in a bathtub sets the icky tone, “The Last Days of American Crime” sets the stage for its "plot". It’s a week before the API will go off, rendering police forces and criminals useless. Naturally, the country is in chaos as criminal organizations plan to close any violent loops and maybe even pull off one last big job before they physically can’t anymore.

Enter Graham Bricke (Edgar Ramirez), a career criminal whose brother just committed suicide behind bars. Slimy bad guy Kevin Cash (Michael Pitt) comes to Bricke and tells him that he knew his brother in jail. He has a final heist planned that will allow Bricke to get vengeance on the system that destroyed his brother, and he brings along his fiancé Shelby (Anna Brewster) to sweeten the deal. Shelby slinks into Bricke's life to the tune of Portishead singing “I just want to be a woman,” and then we watch her have sex with the monotone lug in a bar bathroom to a cover of “I Wanna Be Your Dog.” Listen, subtlety doesn’t need to be a strong suit of a film like this one, but there are limits to what one can take. And it’s actually part of a bigger problem with Shelby, who is one of the most misogynistically written characters in years. She’s abused, threatened, used, and ogled by Megaton’s camera in grotesque ways. She should be a femme fatale, a character who entices Bricke into a dangerous situation, but she’s not even given that agency. When Bricke notices bruises on her neck, she says “I deserve them.” Ugh. She’s a teen boy’s vision of a female character in an action movie, someone who is only there for sex or to put in danger, at least until the massively unearned emotional appeal in the final act that almost makes it worse. You didn't care about Shelby for 130 minutes, don't expect me to do so now.

Actually, no one gets a “character” in “The Last Days of American Crime,” which is almost hard to do when you have 148 minutes to kill (it feels more like 356, for the record). The talented Ramirez gets the formula wrong and the effective brooding he has done in other movies just looks like he took too much Ambien before the shoot. Seriously, I’ve rarely seen a more half-asleep performance than this one, and I review a lot of Bruce Willis straight-to-VOD movies. Pitt comes in blazing in his first scene like Jay from the Kevin Smith movies suddenly got cast in an action flick, but even he starts to get bored when he has nothing in terms of character to hold onto. There's one scene where Pitt's character confronts his father that is, on every level—writing, camera placement, editing, performance—one of the worst I've ever seen.

Perhaps his biggest crime is that Megaton hasn't really even made an action movie. It’s 85 minutes before what could be called a real action scene unfolds in a car chase. Until then, it’s macho posturing from people who have watched the shower scene in “Scarface” too many times and used that film as the model for how to be a tough guy. The dialogue is either boring or baffling. At times, it’s almost as if someone ran a script through Google Translate. (Ex, “I have things that will hurt permanently to death if that’s what you want.”) So even the build-up to the heist doesn’t have any interesting dialogue, characters, style, etc. It becomes literally impossible to care about anything other than checking the running time to see how much crime is left to be committed on your day. 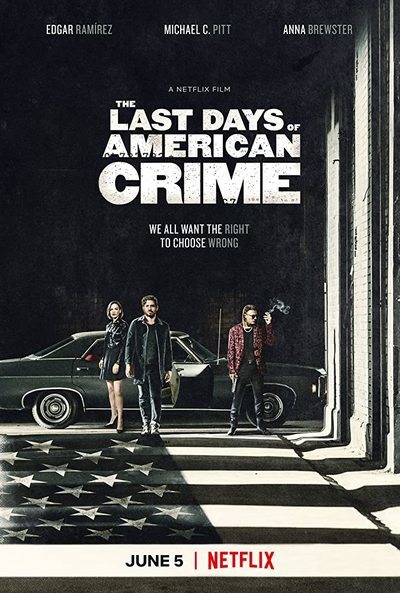