Set during the three days in 1940 when the forces of Nazi Germany overran and subjugated previously neutral Norway, “The King’s Choice” is hardly unusual in bringing to light a previously little-known story of World War II. What is unusual about the film is that it is a frankly admiring portrait of a monarch. The king here is the tale’s hero, and the choice he makes regarding the Nazi invasion undergird a drama that is proudly and unequivocally patriotic.

Beyond that distinction, the Norwegian-Irish production deserves recognition for the excellence of every aspect of its making. Director Erik Poppe and his collaborators bring enormous stylistic vibrancy and realism to a story that benefits greatly from their skills.

The film begins by providing a brief history lesson that will be needed by non-Norwegians. In 1905, having been united with Sweden since the 19th century, Norway broke away, established its sovereignty and voted to become a constitutional monarchy. A young Danish prince was invited to become the ceremonial head of state and was crowned King Haakon VII when he arrived to assume his new role.

Flash forward 35 years and Haakon is a gaunt, mustachioed 68-year-old widower (Jesper Christensen) facing challenges from domestic and foreign sources. In Norway, Socialists would like to dispense with the monarchy. But the far more serious threat comes at the beginning of April’s second week, when the Germans make their intention of annexing Norway clear. Of course, it’s not presented as a hostile takeover pure and simple. Rather, claiming that the British have mined Norway’s coast, the Nazis essentially say they want to help the country maintain its neutrality and are open to negotiations for what will be, in reality, an outright surrender.

Much of Norway’s leadership wants to fight the invasion and the film’s first act includes a brilliantly staged scene where Norwegian coastal artillery emplacements fire on and destroy an approaching German warship. But the German war machine is simply too enormous and powerful to be resisted for long, and it only take hours for it to occupy Norway’s main cities.

As soon as the invasion approaches, King Haakon and the royal household are in motion. With Crown Prince Olav (Anders Baasmo Christiansen), his wife and small children in tow, the monarch and his retainers pile into the cars and make for Oslo’s train station, where they board a special train that quickly heads north, ahead of the advancing Germans.

Norway’s cabinet members also flee the capital, but their hasty deliberations make it clear that this is a government in shambles, confused and unsure of what to do to save the country from disaster. They look to the king almost as a totemic figure, and he does project resolve and courage, but he also needs to provide the occasional reminder that he is a figurehead, not a monarch with any but ceremonial powers.

There is one other person, though, who looks to the king as if he is indeed the man in charge: Adolf Hitler. The film’s most prominent German character, Curt Bräuer (Karl Markovics), is an envoy who wants to arrange negotiations in order to transition Norway to German control with minimal bloodshed, a desire that meets with scorn from the Nazi commander. In one scene, the envoy is on the phone to Berlin arguing his case when someone on the other end grabs the phone and tells him what to do. It’s the Fuhrer himself and he orders Bräuer to forget about the elected government and get the king’s agreement. This sets up both the envoy’s pursuit of Haakon in the third act and the choice the king must make.

While “The King’s Choice” has the feel of a large-scale WWII drama, we don’t actually see large numbers of soldiers on the move. Aside from the early naval engagement noted above, the main action is represented by the fighting between Norwegian defenders and German soldiers at a small outpost that’s on the king’s path. In these scenes, there’s a baby-faced soldier named Seeberg (Arthur Hakalahti) whose characterization represents the film’s one concession to old-style war-movie sentimentality.

Although at 133 minutes the film could stand some tightening, it remains gripping and well-acted throughout. With the notable help of John Christian Rosenlund’s nuanced cinematography and Peter Bavman’s meticulous production design, Poppe has fashioned one of the most handsomely realized and viscerally compelling of recent period dramas. It’s no wonder the movie swept Norway’s film awards and was its nominee for the Foreign-Language Film Oscar.

One footnote: Although the name of Vidkun Quisling, the fascist who became Norway’s puppet ruler under the Nazis, is heard in the film, the man himself—whose name became a synonym for “traitor”—is not seen. 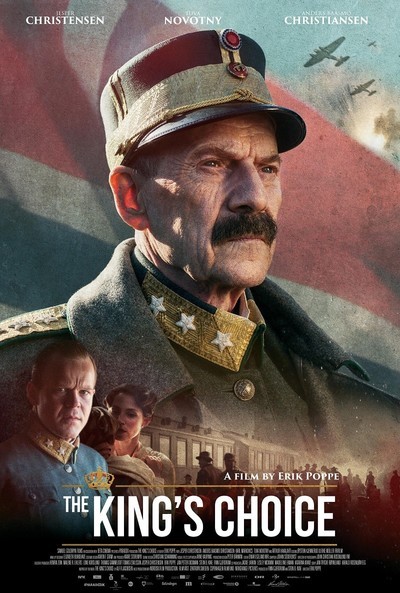