In “Stardust Memories,” Woody Allen described his mother’s cooking as putting food through “the deflavorizing machine.” “The Hunter’s Prayer” is like a Luc Besson film put through a deflavorizing machine to remove any element that could be distinctive, energetic, or fun.

The most over-used, over-wrought, over-determined and downright pretentious aspects of movies about a hit man with a heart are all here, dumbed down. Scene in a dance club with pulsing electronic music? Yes. Our heroes infiltrate a fancy party in a mansion surrounded by lots of wealthy people all dressed up? Yup. Ultra-violent shoot-outs that fail to attract the attention of a single cop? You bet. Even though the characters have been on the news and there are many chases and lots of gunplay, the police show up just once, only to allow a hit man to stroll casually out of the building as they race in. Is there a loner’s hideout with unfinished walls, uneaten food, a flat screen TV, and a small shrine revealing the assassin’s tender side? Sure is. Does someone looking into a gun barrel say, “Please, you don’t have to do this!” or someone pointing a gun say “It’s not personal; it’s business”? Check and check.

As those examples suggest, the actors palpably struggle to deliver numbingly wooden dialogue. The posh British criminal mastermind’s threats are interchangeable with those of the American gun for hire. No one wants the teenager on the run to sound like a hashtag, but some element of background and personality should come through in what she says.

That teenager is Ella (Odeya Rush of "Goosebumps"). Sneaking a smoke at her posh Swiss boarding school, she tells her friends she is going to go dancing with her boyfriend. She does not know that a shadowy gunman has just killed her father and stepmother and burned down their Scarsdale mansion.

Ella gets the news from Lucas (Sam Worthington), who grabs her from the club. “I was hired to kill you but I’m not going to do it because I can’t,” he tells her in a typically clunky over-explanation.

The hit has been put on Ella to send a message to anyone else who might possibly consider stealing from super-criminal Richard Addison (Allen Leech of “Downton Abbey”). Ella’s late father has betrayed Addison, who therefore put a hit on the entire family. Like everyone else in the film, Addison is a paper-thin caricature. He is so evil that he breeds attack dogs and tests them out on hapless minions. He even snaps at his young son, “What have I told you about your mother?” “My mother’s a whore,” the boy sadly replies. And, of course, he orders a hit on a teenager.

But Lucas is a dad himself, and even paid assassins who think they are dead inside can be reminded of their honor and humanity, especially when they are in a dumb movie that needs some reason for its protagonists to chase and be chased, shoot and be shot at.

Those chases and shoot-outs are generic as well: some squeal-wheel turns down the streets of various European locations, some rows of squibs playing the part of automatic weapons fire. Even those sparks of energy only have value as contrast to the uninspired stunts and story. 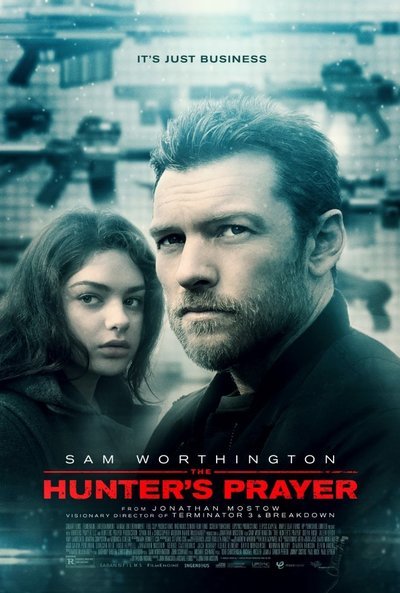 Rated R for violence, drug use and language.