In the first "Human Centipede" movie, a young woman found herself sewn mouth-to-anus by a sadistic surgeon with two other victims. Every cloud has a silver lining. In "The Human Centipede 2 (Full Sequence)" we meet the same actress (Ashlynn Yennie), and from what we can judge she survived that ordeal with little permanent facial damage.

Despite what must have been an unhappy professional experience, Miss Yennie is a trouper, and soon after the beginning of "Human Centipede 2" she optimistically looks forward to what she thinks will be a meeting with Quentin Tarantino. I can imagine her letter home: "Hi Mom and Dad! Thanks for not seeing my first movie! I've got great news! Tarantino wants to consider me!"

Alas, this is not to be. She is met by the singularly disquieting Martin (Laurence R. Harvey), a pudgy, near-sighted, pear-headed, clammy-skinned, mentally disabled momma's boy who works as a security guard in a mostly-deserted subterranean parking garage. Since Martin very rarely ever says anything in this movie, how, you may ask, have I made my diagnosis of his mental condition? I submit to you that if this man spends his waking moments looking at the first Human Centipede movie over and over and over again, and wants to make his own version by connecting as many as 12 people, he is four tires short of a car.

Laurence R. Harvey is described as "a British performance artist." I raced off to the always helpful Google and discovered that his artistic career to date hasn't generated a single link. It may be that his performance art consists entirely of walking down the street as himself. Gene Siskel liked to amuse himself by people-watching and thinking, "When that person looked in the mirror before leaving the house, he thought he looked great."

Martin kills a lot of people in this movie, in addition to sewing others together. Perhaps the message is that the first movie influenced its viewers to do sadistic and cruel acts. Since both films were made by the same man, Tom Six, it is inarguable that the first film inspired him to make the second.

The film is reprehensible, dismaying, ugly, artless and an affront to any notion, however remote, of human decency. It makes a point of Martin's lack of all surgical skills. He seems to have sewn his victims together with summer camp skills where you stitch the parts of a billfold together with leather thread. I am left with this question: After Ashlynn Yennie's first movie role was in the first "Human Centipede" movie, and now her second is in "Human Centipede Two," do you think she'll leave show business? 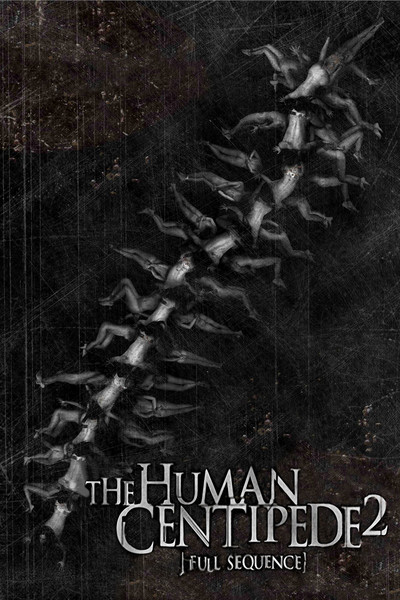 Ashlynn Yennie as Herself