Imagine if mayflies, in addition to their two-day life-span, had money and power and opposable thumbs and whatever else it takes to run the world. That could be the way the trees see humans. Humans plan in decades. Trees plan in centuries. We learn from Jörg Adolph's documentary "The Hidden Life of Trees" that the youth stage of a beach tree can last for 200 years. It is only the comparative slowness of their growth that makes us think of them as not moving. Yet, as you will see in the film, based on the international best-seller by German forester Peter Wohlleben, trees communicate and respond in a manner that can only be called thinking.

Wohlleben wants us to appreciate "how social trees are," with "nutrient exchanges" between trees to help other trees of the same species when they are in need. They are colonies, profoundly connected in the most literal and interdependent sense, "much like ant colonies" and, when left to themselves without human interference, they operate as superorganisms. If we leave them alone and only if we leave them alone, they can thrive more than we have a chance to see. But "they can only get very old in a community." And humans have been breaking up their communities since they discovered that wood could be used for fire and buildings.

The documentary includes some classroom lectures and public appearances, a protest by environmentalists, and a lot of wandering through trees, pointing out their extraordinary qualities and also some heartbreaking damage, some of the most distressing well-intentioned but misguided attempts to help. Wohlleben reads a forest like a scholar reads a book, with complete attention and profound understanding. He has a chance to visit the oldest tree in the world, a surprisingly slight Swedish spruce that has been alive as far before the Bronze age as the Bronze age is before ours. He approaches it with the passionate curiosity of a scientist but the respect of a fellow life form, understanding that to come close to it is to trample on its subtler extended growth.

These moments are punctuated with visions of majesty and breathtaking beauty, including some time-lapse photography that gives us a glimpse of what it is like to live in tree-time. Perhaps in tribute to its subject matter, it is slow in spots. That may just be a way to give us more of a sense of tree-time, rather than human-time.

"You're sitting on wood chairs," Wohlleben disarmingly tells his students. "I write books printed on paper." He wants them and us to know he is not opposed to making use of the products that come from trees. But he says that trees feel pain, that the heavy machinery we use to manage forests crushes the earth so that the trees cannot find the moisture they need, and that even dead trees should be left to decay as a vital source of nourishment and renewal. He also wants us to know that trees are "not timber-producing machines but sentient beings that pursue their own objectives." He's less concerned about other living beings. I did wonder, as he speaks casually about the importance of decreasing the population of wild boars and insects that attack trees, what the Wohlleben of pigs or entomology would have to say about that.

When Wohlleben shows us three oaks and explains that one is "more anxious and sensible" than the other two and describes the fragile filaments connecting them under the ground in a tree version of the internet he calls "the world wide wood," it can appear to be anthropomorphizing, giving them the attributes of humans. But by the end of this film, you might think that understanding trees on such human terms is not even close to doing them justice. 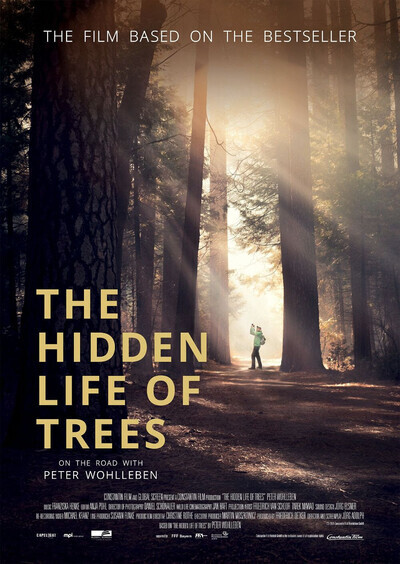 Peter Wohlleben as Himself