The Girl from Plainville

Hulu’s “The Girl From Plainville,” like many of its limited-series contemporaries, begins at the end—at least, the end for young Conrad Ray III (Colton Ryan), a bright but misunderstood kid found one morning in a Kmart parking lot, having suffocated himself to death. His family is shocked; the only evidence they can find of intent is a few scribbled suicide notes, one to his father (Norbert Leo Butz), and one to a girl named Michelle Carter (Elle Fanning), who they’d never heard of.

If that wasn’t strange enough, Michelle starts contacting them, ingratiating herself to them in their time of need. She seems sweet enough, and seemed to love Conrad (whom they call “Coco”) very much. But then, local authorities dig through the pair’s text messages and find that Michelle was egging Coco to kill himself on the day, even pretending to friends and family that he was missing three days before he actually was. Eventually, this would all lead to the first criminal trial to determine whether texting someone to kill themselves constitutes involuntary manslaughter.

In its first episode, the Liz Hannah and Patrick Macmanus-helmed series (adapted from the eponymous 2017 Esquire piece about the trial) plays out like something of a narrative murder mystery. When we first see Michelle, director Lisa Cholodenko (“The Kids Are Alright”) only offers implicit clues that something’s a little off about her; she’s a little too nice, too eager to please. She’s always ready with an aching, earnest expression of grief for Coco’s mother Lynn (Chloë Sevigny), whose own grief is complicated by her own struggle to bond with him in life. Michelle’s own mother is baffled by this involvement in such an apparent acquaintance’s life/death: “You don’t even know these people,” she blurts in the premiere.

Much of “The Girl From Plainville” attempts to explain what would motivate Michelle to drive the boy she loved to a tragic, early end. Frustratingly, we don’t come away with many satisfying answers: Hannah and Macmanus place a good deal of focus on her desperate desire to be loved and adored, and her infatuation with tales of young teen love tinged with death, whether it’s “Romeo & Juliet” or “Glee” (the latter of which features prominently in her psyche, and the stylistic fabric of the series). But because Michelle is such an enigma, so unknown even to herself, even these brushes of characterization feel incomplete.

It helps, of course, that Michelle is played by Elle Fanning, queen of the ghost girls, who brings to the role the same sweet hollowness she had in “The Neon Demon” and “The Beguiled,” with a hefty dash of the social-chameleon scheming necessary for Catherine in “The Great.” She’s lost, lonely, hiding in narratives to give her mundane life purpose. In her “Glee”-obsessed worldview, she sees herself as the Rachel to Conrad’s gone-too-soon Finn (whose actor, Cory Monteith, died shortly before the show’s final season). We even see her reciting Michele’s monologue from the episode that dealt with Monteith’s passing word for word in the mirror, luxuriating in the sad beauty of the moment. It’s the kind of astounding performance we expect from Fanning, even if she has to work to mine pathos from someone so maddeningly opaque.

From there, the show flits back and forth in time, alternating between Michelle’s post-suicide actions and Conrad’s last few months of life, and how their long-distance text chain nudged his existing battles with depression over the edge. It’s these stretches that the showrunners treat with remarkable nuance, coating their love with a bleakness that makes their inevitable decisions feel that much more pre-ordained. They’re two broken people who found a kind of co-dependent solace in each other’s neuroses, ‘yes, and’ing their respective pains until one pushed it too far. The show neither romanticizes nor excuses their paths, taking great pains to preface each episode with a suicide prevention PSA and lingering on the agony felt by those left behind.

That side of the equation is depicted remarkably by Ryan, with no small amount of assistance from Sevigny. Ryan, who’s risking typecasting as “emotionally-withdrawn high school student who commits suicide” between this and “Dear Evan Hansen,” crafts a beautiful picture of Conrad as a boy so overwhelmed by social expectations (and the contrasting pulls of his divorced parents) that he just doesn’t want to live anymore. It’s a viewpoint encouraged by his co-dependent text chains with Michelle, smartly depicted as face-to-face conversations that allow the melodramatic yearning between the two to come to life in ways it couldn’t with some floating text on-screen.

When it’s focused on Michelle and Conrad’s doomed romance, and the grief of those in Conrad’s immediate orbit, “The Girl From Plainville” is intriguing. But the real story is also one of dogged investigators and detail-oriented district attorney, and a straightforward trial in which Michelle never takes the stand; it’s in these stretches that “Girl From Plainville” grows tediously stale. Kelly AuCoin and Aya Cash do their level best to lend character to, respectively, detective Scott Gordon and ADA Katie Rayburn, the former with a dash of world-weary humor and the latter with ambitious spunk. But the proceedings still feel perfunctory, the true-crime legwork we have to trudge through to reach the story’s real-life conclusion.

In one final dream sequence in the show’s final hour, Michelle finally comes closest to blurting out a confession, even just to herself: maybe, just maybe, she never really expected Conrad to actually kill himself. We may have simply wanted to feed off of his romantically tragic energy, caught up in the thrill of feeling like Romeo and Juliet (or Finn and Rachel) without thinking about the consequences. It’s a confession as cathartic as it is teasingly incomplete, tainted by the implication that it’s a lie Michelle is just telling herself.

Indeed, that’s one of “Girl From Plainville”’s greatest strengths: recognizing that there’s no explanation that will truly make sense of these heartbreaking events. And in lieu of just not making the series at all—an option that true-crime-hungry TV producers will surely never take—the best we can hope for is giving both figures the humanity they were denied in the wake of the salacious news cycle that swallowed them up. 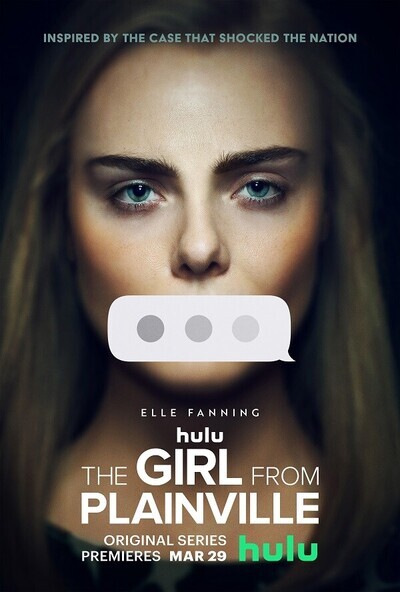