The extent to which American film practice continues to influence some sectors of overseas moviemaking is both impressive and a little dispiriting. “The Fencer,” an Estonian/Finnish/German co-production whose story is based on a real-life sports figure and teacher, begins with its protagonist, Endel, on board a train; after he disembarks, the camera follows him from behind, and the director, Klaus Härö, arranges a series of shots that keep the character’s back in the same position in the frame as he moves from train station to an indoor corridor to another corridor and so on, until he reaches his final destination, an office where he’s reporting for his new job. This kind of clever gesture has the redolence of indie flair; the soft lighting throughout is meant to evoke a certain nostalgia (despite the fact that the setting and period of the movie, Soviet Estonia in the early 1950s, is not one most who were there tend to be nostalgic about, although in fairness sometimes you never know), and when Endel sits before his interviewer, we know he’s going to end up as the bad guy because the actor playing him looks rather like Dylan Baker and wears orange-rimmed round spectacles that practically scream “obedient bureaucrat.”

“The Fencer” is largely a quiet and understated movie. Endel, played by Märt Avandi, has a lean and haunted look from the start. At his job interview, the school principal and eventual bad guy, Hendrik Toompere, notes that Endel, who’s to be the new phys ed instructor at a secondary school in Haapsalu, has listed “fencing” as among his skills, and comments “Not a sport for the working man.” Endel agrees, but in his off hours, he gets in a little practice at the sport, and is soon spied doing so by one of his younger female students, who is intrigued. So Endel starts a fencing club at the school. He is initially frustrated: “Quite frankly I’m not good with children,” he confides to Kadri (Ursula Ratasepp), a fellow teacher with whom he will, yes, become romantically involved. But he improves. And the kids improve. To one of them, Jaan, a fellow whose home life is constantly upended by KGB types coming to his house and taking away a family elder, he says “I will make you a fencer.” Things move along well enough until one of the students becomes aware of a school fencing tournament to be held in Leningrad. Which is where Endel came from, looking for a place to hide out. From what is hinted at first in an on-screen text before the narrative begins; Endel then explains his situation to Kadri.

But in this movie of story beats, this is the one where the protagonist must make the decision: whether to let down his kids by saving his own skin, or not. The beats that follow are predictable, albeit more understated than how they’d play out in a “Karate Kid” film. But they’re still the same beats, within a sport that the viewer may not be too familiar with but which director Härö distills to some cinematically-friendly basics so that the viewer might savor the emotional satisfaction of the likable characters’ victories. Finally, to provide a requisite happier ending, the movie invokes the little-known Stalin’s Death Loophole.

None of this is particularly difficult to watch; the cinematic competence, the sincerity with which the clichés get served up, and so on, make a relatively smooth viewing experience. But they also render what would have been an at times harrowing real-life story into something safe and bland. 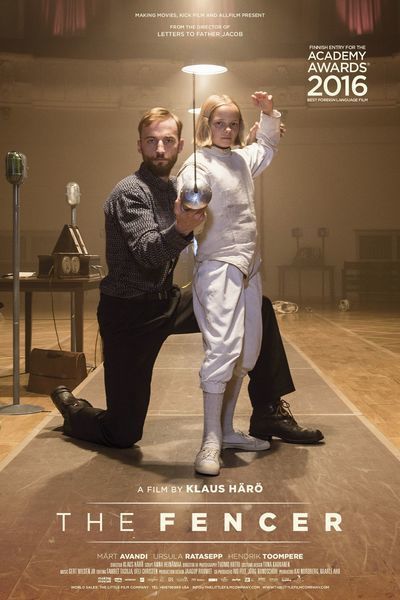