Both in front of and behind the camera, Whitney Cummings tries to breathe new life into the hackneyed, men-are-like-this, women-are-like-this style of romantic comedy with “The Female Brain.” The results are frustratingly hit-and-miss.

Directing her first feature film, which she co-scripted with longtime comedy writer Neal Brennan (“Chappelle’s Show”), the stand-up comic shows a flair for absurd asides and—naturally—a penchant for the profane. But while she leaves the raunchiest material for her co-stars, the overall tone she strikes is a lot kinder and gentler than you might expect from her on-stage persona or the TV series she co-created, “2 Broke Girls.” It’s not exactly a great fit.

Cummings stars as Julia Brizendine, a buttoned-down, closed-off neurologist and a fictionalized version of Louann Brizendine, whose 2007 non-fiction best seller of the same name inspired “The Female Brain.” As a university researcher, Julia studies the effects of various stimuli on the chemistry of male and female brains—images of adorable kitten or babies, for example. In one of the film’s most consistently hilarious bits, Cummings accompanies Julia’s voiceover explaining highly technical medical arguments with stream-of-consciousness archival footage that helps illustrate her points. Because she knows too much about how relationships work, she refuses to be involved in one herself—or so she says.

Cummings the actress is locked into a one-note role, but she’s so sharp that she provides more spark than you might expect at the outset. That’s especially true in her many scenes with Beanie Feldstein as her bright and inquisitive assistant. Feldstein is just about as delightful here as she was as Saoirse Ronan’s best friend in “Lady Bird”; there’s a naturalism to her screen presence that’s extremely appealing.

But Cummings the director is less successful at juggling the various relationships that constitute the movie’s subplots. The couples have all been subjects of her research at one point—although we never see her interact with any of them on screen, and they never interact with each other (except for one random scene between two of the men), which gives the movie a scattered, unfocused feel. And with the exception of one couple, played by Cecily Strong of “Saturday Night Live” and Blake Griffin of—well, formerly of the Los Angeles Clippers, now of the Detroit Pistons—the couples aren’t terribly engaging.

Griffin plays, appropriately enough, a pro basketball player; Strong plays an advertising executive who hates her job but refuses to sit around being a pampered reality show wife. An injury sidelines him and traps him in their sleek, modern mansion, putting a strain on their marriage. They have great energy and chemistry with each other, and Griffin especially impresses with his deadpan delivery and timing. He may have a whole ‘nother career waiting for him if this whole NBA thing doesn’t work out.

But the other two couples couldn’t be blander. Sofia Vergara and Deon Cole play a husband and wife in their 40s with a son who find the romantic spark has died after so many years together. And Lucy Punch and James Marsden play a longtime girlfriend and boyfriend who are constantly at odds because she can’t help nitpicking everything about him. The Vergara/Cole storyline relies on that ultimate cliché of reconciliation—taking drugs together—in hopes of generating laughs. And the Punch/Marsden storyline never rings true for a second. These people just do not belong together—at all—so there’s nothing to root for here.

That’s weirdly also the case with the relationship Julia herself finds herself in when a flirty charmer named Kevin (Toby Kebbell) shows up at the lab one day to serve as her latest test subject. His interest in her is a total contrivance, and even after they’ve gone out on a few awkward dates, they still make absolutely no sense together. There’s nothing to him. He’s an idea, he’s the exact opposite of her, and that’s about it.

Cummings meanders between all of these couples and their troubles without much pacing, momentum or insight. It’s as if she applied the same cold, clinical detachment to her direction as her character uses with her research subjects. 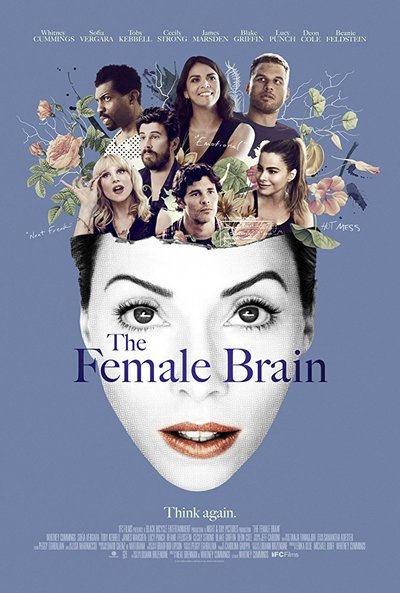 Will Sasso as Therapist