Don’t you hate it when you’re Googling instructions on how to file for bankruptcy on your computer, and all of a sudden your house starts actually shuddering, a flash of lighting happens inside your own living room, and suddenly a guy who look like all of his flesh had been flayed off, and has some kind of stretchy membrane coating his facial features and blocking his mouth, starts moving in agonized pain across your floor? It’s distracting, right? And say you’re the little fellow of the house and you get a late-night hankering for a peanut-butter sandwich, and just as you’re laying down the peanut butter, the lightning flashes and there’s the aforementioned dude crouching around the corner of your kitchen cabinets, and he scares you so much you drop your plate and cut your feet on the shards? Then there’s that thing when some otherworldly force takes over your laundry room, and after making the appliances practically bounce around the floor, out of the dryer pops Mr. Flayed Skin Dude? Oy vey.

Unexplained malevolent forces manifest themselves as Extremely Irritating Household Disturbances in “The Diabolical," the debut feature from director Alistair Legrand, who co-wrote the film with Luke Harvis. To its credit, the economical horror/sci-fi film gets right into the swing of the scary stuff; the bankruptcy-exploration-interruption is the movie’s very first scene. Single mom Madison (Ali Larter) and her kids Jacob and Haley (Max Rose and Chloe Perrin) are not quite inured to these weird interludes, but they’re used to them. Jacob, a super-smart kid who’s also battling anger issues, vehemently denies to younger sister Haley that the strange being visiting them is the ghost of their departed dad, but there are hints that whoever the interloper is, he knows the family well. An early visit from some psychic detectives yields no useful info—in fact the investigators leave the house in a close-mouthed semi-panic—and soon an oily real-estate fellow shows up telling the strapped-for-cash and behind-on-the-mortgage-payments Madison that he’s in a position to make a “very attractive offer” on the house.

Problem solved? Not quite. Further developments make it not-so-desirable for Madison and the kids to actually leave the house, so for Madison it’s back to Google, where she finds some intriguing news concerning proton accelerator experiments. Really. Enlisting her boyfriend, Jacob’s science teacher Nikolai (Arjun Gupta), they hole up and try to collect “data,” as the reappearing visitor takes more and more solid human form. The mystery they uncover, while not entirely unfamiliar once the pieces come together, yields some reasonably diverting twists. Only trouble is, none of the elements—the scary stuff, the psychological drama, the family-dynamic crises—really deliver the wallop necessary to provide truly memorable horror fare. There’s also the fact that, while having a horrifying figure with flayed skin emerge from a washing machine door is both a novel and memorable trope/image, it’s also a kind of ridiculous one. I’ve rated this movie relatively generously only because, you know, it’s Halloween and all. 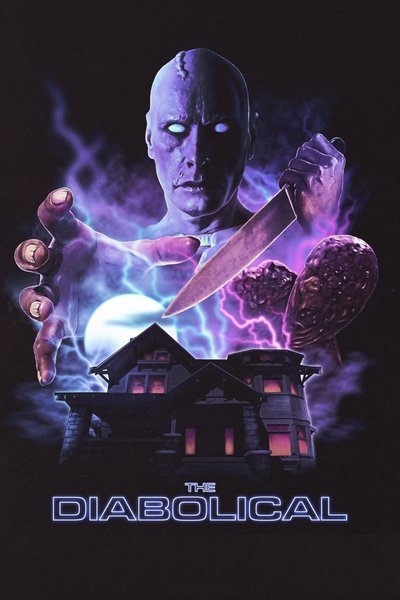