"The Chosen" retells one of the most dependable stories in literature, the story in which two people from different backgrounds overcome their mistrust and learn to accept each other's traditions. These stories usually work best when the audience is in sympathy with both sets of traditions; this is not the right time, for example, for a movie about a Moonie learning to get along with a follower of the Ayatollah Khomeini. In "The Chosen," one of the heroes is the son of a progressive Jewish intellectual, and the other is the son of a Hasidic rabbi.

from countless other movies as one of fedoras, brown overcoats and big black cars with wide running boards. The movie opens on a playground, where one of the kids connects with a baseball that hits the other kid in the eye, temporarily blinding him. The first kid, the son of the scholar, visits the second kid at his home and enters a world of ancient traditions and rigid discipline.

The rest of the movie develops this story of two different worlds, against a backdrop of World War II and the formation of the state of Israel. Reuven (Barry Miller) is the son of the intellectual (Maximilian Schell), who is involved in Zionism and the formation of a Jewish state. Danny (Robby Benson) is the son of the rabbi (Rod Steiger), who prefers that his son stay out of politics and, indeed, stay as much as possible out of the modern world.

Now this is, I suppose, a promising situation, and enough people found it interesting to make Chaim Potok's 1967 novel, which inspired this movie, a best seller. But "The Chosen" never came alive for me. I respected what the filmmakers were trying to do, and I admired the ambitious period production, but I never really cared about these people. Apparently I'm not alone After playing in hundreds of theaters as a one-night benefit for Israel in 1980, this movie has been in search of a distributor ever since.

Part of the trouble with the film is a certain lack of spontaneity in the lives of the characters. I never had the feeling that any of them had much of a chance of surprising me. Everything they did was locked so firmly into the requirements of the plot that even the crises seemed predictable. At about the halfway point, for example, nobody was on speaking terms with anyone else, but by the homestretch, there was an inevitable reconciliation and a triumph for human understanding. Yawn.

I'm never quite sure what this genre is trying to prove. What does it say when people from radically different backgrounds learn to respect and love one another? That the backgrounds are interchangeable? That one's own beliefs aren't as important as a kind of amorphous ecumenism in which we're all brothers? The problem is, in the real world, people generally don't get that wishy-washy about the things that concern them.

Nor should they, perhaps. Maybe that's what's disappointing about "The Chosen": It seems to argue that beliefs are interchangeable in the face of human universality, when in fact our beliefs are what make us human, and the knack is to respect the other person's differences, not pretend they don't really matter. 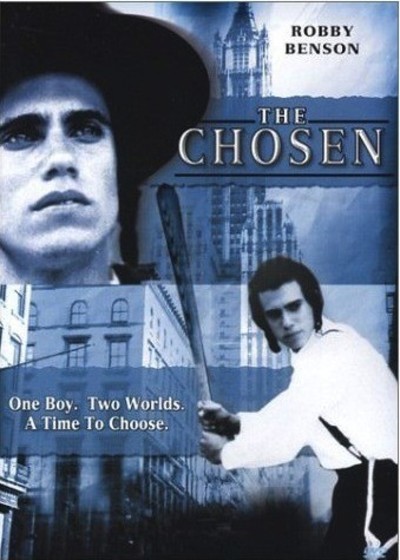