The Cat and the Moon

The “Special Thanks” in the end credits of Alex Wolff’s promising directorial debut “The Cat and the Moon” are more revealing in this movie than they usually are. Next to the names of living people like Sofia Coppola, Kanye West, and Paul Thomas Anderson, there’s the likes of Bill Evans, W.B. Yeats, J.D. Salinger, and Sidney Lumet. You don’t normally find filmmakers thanking a lot of dead people in the credits, but this is Wolff’s first feature. He wears those influences like a badge of honor. And even if “The Cat and the Moon” shows an old soul still sorting through his passions, it proves that the “Hereditary” actor is on an encouraging wavelength as a new director.

Wolff casts himself as a Holden Caulfield-type in a movie that is very much about the romance of being young in a city of possibilities. He stars as Nick, imported from Detroit to New York City, who needs a place to wander for a few weeks while his mom is in rehab. He finds support in Cal (Mike Epps), the bandmate of his late father, who puts him up and signs him up at a local high school. On the first day, Nick befriends buddy stoners like Seamus (Skyler Gisondo) and the hot-headed Russell (Tommy Nelson). They volley the word “yo” to each other, and in roles that young actors probably relish, they simply act like developing human beings who are constantly testing how drunk they can get, or what they can get away with. The frustrating nature of these kids goes from tedious to charmingly honest.

“The Cat and the Moon” resists immediate conflict and observes Nick during his new friendships, and the connection he starts off with Seamus’ girlfriend Eliza (Stefania LaVie Owen), while keeping secret that Seamus has been cheating on Eliza. But the loud parties, sporadic fist fights, and various chill sessions are like a respite from the darker part of Nick’s life, involving his angry, now-dead dad, and his mother. As a storyteller, Wolff tries to create a bit of a character study about someone uncertain of how much they'll carry on from their parents, often putting himself center frame of the film’s handheld cinematography, telling us to read his mug and witness his sobbing. The results are mixed—I was bored in certain contemplative stretches. The film becomes more interesting to look at Nick as a product of Wolff’s artistic adamancy, instead of a character who could live on when played by someone else.

Many recent coming-of-age movies from debut directors gain their wisdom from hindsight, the way that “Mid90s,” “Eighth Grade,” and “Lady Bird” are meant to be taken as stories by reflective adults. But Wolff’s approach is much more raw, for better and worse, and it’s a coming-of-age tale just as much as it is a coming-of-voice, a story being told by a new filmmaker trying to bottle up the present. That energy only gets the film so far, as the hangdog pacing and dull blocking of many dialogue-driven scenes leaves more to be desired. Wolff is clearly excited to document teen resilience, for all of its bad decisions and experiences, but doesn’t yet have the visual style that would be able to say something about it.

One of Wolff's most inspired decisions is the casing of Epps, who gives a standout performance as one of the stable people in Nick’s life. They have striking, contained scenes where Cal is forced to become a father figure, albeit one aware of Nick’s background, and subject to his self-loathing. Epps gives the character a sense of honest hope that Nick will pull through his recent trauma, supporting him less like an adult and more like a wise friend. The two share the film’s best scene, a saxophone and piano jazz duet, playing a small melody that Nick comes up while murmuring a mouth-trumpet (and that Wolff wrote). The notes are an ear worm, and Nick’s melancholy permeates because Wolff finds such a tender way to express it.

It’s worth noting that “The Cat and the Moon” is almost two hours long—Wolff could have easily cut it to 85 minutes and achieved the same tone and emotional peaks, but this movie is specifically meant to exemplify passion. Depicting a time in life where everything is in flux, where young adults seem hellbent on testing their limits, Wolff fully commits to this project in a way that becomes enchanting, despite spending certain chunks uncertain if even Seamus or Russell would ever want to watch it. It’s very much a Young movie, which is not meant to be a slight—it’s about that time when you are convinced you do have something important to say, even if it’s just four measures of a melody that are then repeated, or a whole movie that’s more sketched than it is painted. It’s that very spirit that upholds “The Cat and the Moon”—the more I started to remember the romance in that feeling, the better the film became. 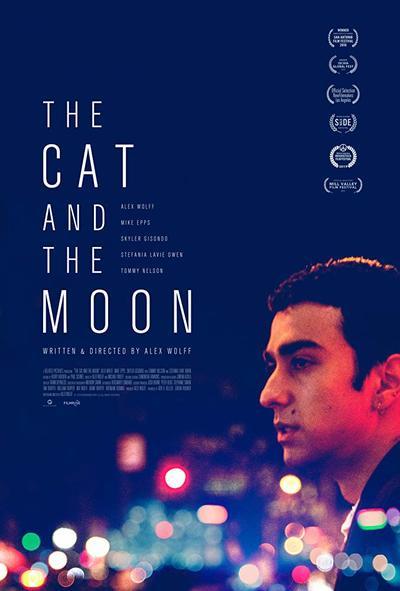