The poster for “The Benefactor” ominously reads “His help comes at a price.” The price in question is the hard-earned money you’ll plop down for Andrew Renzi’s directorial debut, and quite possibly, your sanity. I drove myself crazy trying to find purpose in this story. It plays like a thriller that's thrills have been edited out. Renzi’s screenplay zigs and zags through a convoluted tale, often threatening to go down a potentially interesting avenue but always stopping short on the corner. The result is a series of disparate plot elements barely held together by a flimsy character arc. By the time an angry Dr. Luke (Theo James) tells the titular benefactor, Franny (Richard Gere) “You’re just a junkie with guilt!” you’re liable to yell at the screen “Well, DUH!”

Had the film focused solely on Franny’s struggles with morphine addiction, it might have felt less scatterbrained. Instead, we’re given extraneous storylines designed to make us feel sorry for Franny’s predicament. Gere’s skill as an actor should have been enough to elicit a warranted sense of viewer empathy, but “The Benefactor” doesn’t trust its audience. It has to overdo everything to make its points, forcing Franny to behave so oddly that I’m surprised anyone could be around him more than 30 seconds before running for their lives. And that’s before we get to the supposedly spooky, expensive help mentioned on the poster.

“The Benefactor” opens with a fatal car accident inadvertently caused by Franny. In the car are his best friends (Dylan Baker and Cheryl Hines), the parents of Olivia (Dakota Fanning). Since she was a little girl, Olivia idolized Franny, but after the accident the two lose touch. Five years later, Olivia calls Franny out of the blue, hoping to secure a job for her new husband, Dr. Luke, at Franny’s hospital. Since the hospital was financed and built as a labor of love for Olivia’s parents, Franny is eager to help her out.

Luke gets the job, but he also inherits a boss who has no concept of personal space nor boundaries. (Franny is a man who, I kid you not, killed his friends with a hug.) Luke’s benefactor immediately injects himself into Luke’s life, paying off his student loans, buying him clothes and purchasing Olivia’s childhood home for the couple. Luke feels emasculated. He complains that his manhood is being infringed upon by Franny’s meddling. But Franny brushes off Luke’s concerns, saying he’s doing it all for Olivia’s benefit. Does he have an ulterior motive? Or is he just acting out of guilt?

Franny calls Olivia “Poodles,” easily the worst nickname in the history of cinema. Not even Olivier in his prime could make “Poodles” roll off the tongue with conviction nor ease, and Gere is saddled with saying it about 150 times. Far more problematic is Franny’s relationship with Mr. Poodles, which Renzi paints in hilarious “wink-wink-nudge-nudge” homoerotic terms. The only suspense to be had in “The Benefactor” is whether Franny will grab Dr. Luke and sex him up like Color Me Badd. For example, Franny’s morphine addiction is made explicit in a scene where Renzi puts Luke’s boxers-clad crotch and Franny’s face in the same frame. We think Franny’s going to proposition the nearly naked Luke; instead, he asks the doctor to write him an illegal prescription. Later, the two get high on Molly and end up spooning in bed. While Olivia places a frantic call to her husband, Franny’s arm snakes around Luke’s waist. Ominous music plays.

Like every other plot development in “The Benefactor," Franny’s “flirtation” with Luke goes nowhere. But we do eventually glean that Franny is one incredibly inept drug addict. When he runs out of morphine (actually, he pours it out a few scenes prior—what addict would do this?), Franny can’t figure out where to get more. His connection, a doctor under his employ, suddenly grows a conscience after five years of illegal morphine scripts. As Gere overplays his jonesing-for-a-fix freak out, I found myself offering advice to the screen: “Franny, baby, you’re a billionaire! Money can’t buy you love, but it damn sure can get you some illegal morphine!“

The film’s only good scene is the one post-accident, where we see how the past five years have weighed on Franny. He’s living in a huge house in Philadelphia, hobbling with a cane and hinting at his drug problem by swigging medicine straight from the bottle. This is when he gets the call from Olivia that sets the plot in motion. I wish the movie had treated that call as a mere aside, and left me with the bearded, long-haired Gere and the promise of a character study on par with his prior film, "Time Out of Mind." If nothing else, Gere’s scraggly appearance suggested the fantastic idea of a sexy-as-hell Grizzly Adams remake. I hear the CGI bear from “The Revenant” is available as a possible co-star. 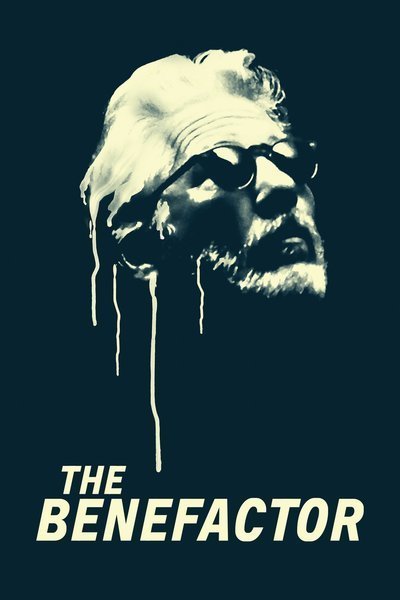