Maybe it’s me. The older I get, the more I grapple with my own personal deficits of maturity and resourcefulness, the less patience I have for fictional stories (non-fictional stories too, come to think of it) of fellow white males who don’t want to grow up. Even if they’re Norwegian.

Henrik Rafaelson’s Henrik, the hero and I suppose title character of this feature written and directed by Martin Lund, is experiencing a not-quite mid-life crisis on account of his girlfriend’s pregnancy, and a new job. As lifestyle gurus both here and across the International Date line will tell you, those are two really major-league stress-precipitating life changes, and I suppose Lund could have gotten himself a longer movie (this one clocks in at an admittedly tidy 75 minutes) had he thrown a geographic move into the mix. In any event, after a couple of scenes establishing the free-and-fun-filled relationship Henrik enjoys with future mother-of-his-child Tone (Janne Heltberg Haarseth), including a goofy improvised fake fight in a supermarket, the better to freak out the uptight folks who normally populate the aisles, Henrik’s behavior gets erratic in less ingratiating ways.

The refusal of adulthood’s onus is most vehemently expressed in the physical execution of a metaphor: a scene in which Henrik urinates into a children’s picture book based on Disney’s version of “Peter Pan.” There’s actually a fair amount of bodily-function acting out here, none of it invoking Freud so much as playing like a lower-key iteration of an American indie gross-out comedy. Indeed, it didn’t take ten minutes of the movie before I imagined one could create an American remake with Mark Duplass in the role of Henrik. Since I find Rafaelson a more congenial screen presence than Duplass, the advantage is with the Norwegians, but only slightly. As it happens, while the acting and the cinematography are both solid, the movie is both weirdly indulgent (Henrik’s masturbatory compulsiveness, whatever the motivations for it, simply is not that interesting) and peculiarly aimless, especially given its length.

My problem, finally, and this is something I rarely actually complain about, was that I didn’t care. Watching Henrik, my weather was along the lines of “I’ve got my own problems, European Person, and you’re not even distracting me from them. Get your whatever-it-is together.” And as I remained unmoved, I started longing for a relationship comedy/drama with some real bite and observation to it, and fondly remembering the 2009 German film "Everyone Else," directed by Maren Ade. Who’s a woman, as it happens. Maybe I’m just sick of bros. 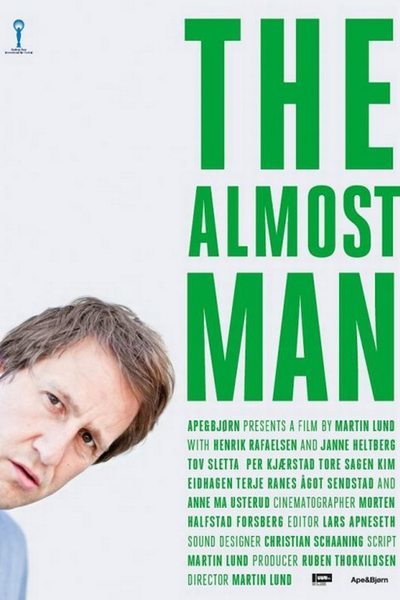 Per Kjerstad as Kenneth