Torture and terror: Which is which?

We have to work the dark side.

So said Dick Cheney a few days after 9/11, discussing the war on terror. Is this what he meant?

An official report said Dilawar died of "natural causes." The New York Times found an autopsy report describing the death as a homicide. After a belated investigation, a few U.S. soldiers were accused of the murder. No officers were involved. Dilawar was the first casualty after we started to "work the dark side." In all the torture scandals since, few officers have ever been charged. If all of these crimes took place without their knowledge, they would appear to be guilty of dereliction of duty, if nothing else.

Alex Gibney's horrifying documentary "Taxi to the Dark Side" uses the death of Dilawar as an entry point into a remorseless indictment of the Bush administration's unofficially condoned policy of the torture of suspects, which is forbidden by U.S. constitutional and military law and international agreements, but justified under the "necessity" of working the dark side. Gibney interviews U.S. soldiers who participated in such torture sessions (under orders, they thought, although their superiors claimed innocence, all the way up to Bush, who claimed ignorance of torture even after he had seen official Pentagon and intelligence reports). They seem sorry, sobered, and confused.

The film has television footage of administration officials demonstrably lying about what they knew and when they knew it. And it leads to Gibney's conversation with his own father, who wan an interrogator of prisoners in World War II and says not only was such behavior forbidden, but it wouldn't have worked, anyway. If you torture a man long enough, he will tell you anything to make you stop. If you act on that "information," you are likely on a fool's errand.

Gibney is the same filmmaker who made the merciless "Enron: The Smartest Guys in the Room" (2005), a documentary where he produced actual tape recordings of Enron operatives creating the California "power shortage" by ordering power plants shut down and joking that a few grandmothers might have to die without air conditioning for Enron to make more millions. By the same logic, lives may have to be lost to torture to produce intelligence, although there is precious little evidence that the strategy has worked. And besides, is that what we do, as Americans? Are those our values? Then what do we stand for?

Gibney widens the net to include the illegal detainees at Guantanamo, most of whom have never been charged with any crime. He talks with former administration officials and spokesmen who didn't like what they were seeing and resigned. His conversations with the American torturers themselves are the most heartbreaking; young kids for the most part, they thought they were doing their duty. And he includes never before seen photos and images of torture at work. One tactic: Prisoners have their hands tied above their heads, and are made to balance on boxes in pools of electrified water. Would they really be electrocuted if they fell off? Would you like to try? Sen. John McCain, who endured unimaginable torture during the Vietnam conflict, is among the most outspoken critics of this strategy.

There are those, their numbers shrinking every day, who would agree we have to "work the dark side." Growing numbers of us are yearning for the light. This movie does not describe the America I learned about in civics class, or think of when I pledge allegiance to the flag. Yet I know I will get the usual e-mails accusing me of partisanship, bias, only telling one side, etc. What is the other side? See this movie, and you tell me. 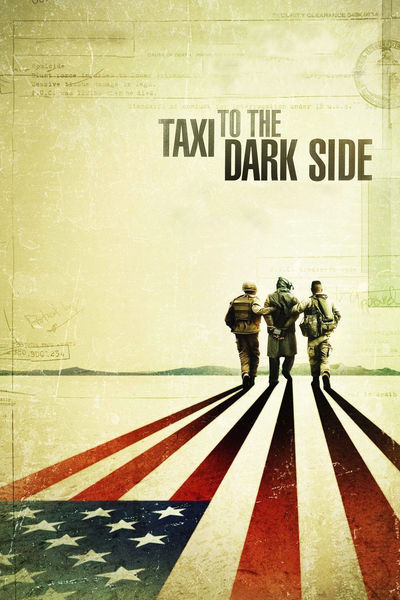