Netflix adds another shiny B-movie to its roster with “Tau,” a wannabe-thriller about artificial intelligence with little wit of its own.

Maika Monroe plays Julia, a grifter captured at the beginning of the movie, and made prisoner to someone for some reason. It’s a bold start to the movie, feeling like the wordless, anxious climax of a different film, but it’s too dour in its execution, and we plainly aren’t given enough time to worry about Monroe’s character. A sense of world-building would be nice too, as this is shown to be the future but it’s uncertain what kind of technology does and doesn’t exist. We do get some idea of that when we find out that she and others have been imprisoned by a rich inventor named Alex (Ed Skrein), who has been putting implants in his prisoners to work on higher cognitive functions. He is assisted by a supercomputer named Tau (voiced by Gary Oldman), who appears as a red and green triangle in his lobby, but can also control a murderous robot that’s like a very pointy ED-209.

Wait just a minute, most of you may be asking while checking if you still have health insurance. Why doesn’t he just use all of that fancy interior design money and pay someone to help with this experiment, save the bloodshed? It’s a very fair question, and the movie doesn’t have much of an explanation except that he’s a nefarious recluse. But I’m sure plenty of people would want to volunteer their brain for his billion-dollar contract, so long as you just take out that murderous clause, idea.

Anywho, “Tau” becomes a three-character story, its drama focused on two different types of escape: Tau senses a type of escape from being just a computer, and Julia seeks a more literal escape, even though she earns more of Alex’s trust and is allowed some of her own autonomy. They both learn to help each other, while Alex is little more than a brooding, empty villainous presence. The script has too many flat moments, and bozo gotcha beats (such as when a moving company schlub almost spots Julia, screaming for help in the bathroom behind him) for “Tau” to create a tension and then maintain it. D’Alessandro hardly shares what fired him up about this script by Noga Landau, and lets heavy blue and red color filters provide a staid sense of style.

There are a few formidable sci-fi discussion topics floating around “Tau,” which suggest that the story might have been better off focusing on them in a short, instead of being tied to a lumbering, tedious captivity feature. Whatever stride it does hit comes when Julia befriends Tau and starts to become aware of its own feelings, way that it loves music and that it seeks knowledge. Information provides a type of liberation from our captors, the movie notes loudly, but watching A.I. become aware of themselves is not very inventive.

As baffling as their involvement with this middling project may be, its trio of big names do try to sell the drama of the restricted concept. The characters played by Monroe and Skrein aren’t a whole lot of intriguing either, especially as their respective performances seem limited by its flat drama. But as one might imagine, it’s Gary Oldman who is the most interesting presence, and you don’t even get to see his face. His newly-minted Oscar-winning vocal cords try to create an innocence, and a sadness to artificial intelligence. And hearing his voice, you imagine the computer as the most delicate soul. There’s a special longing when he craves for Julia to read him more information, to put logic into the most basic things about life, but I can’t recommend a movie solely based on the integrity of a voice-over. 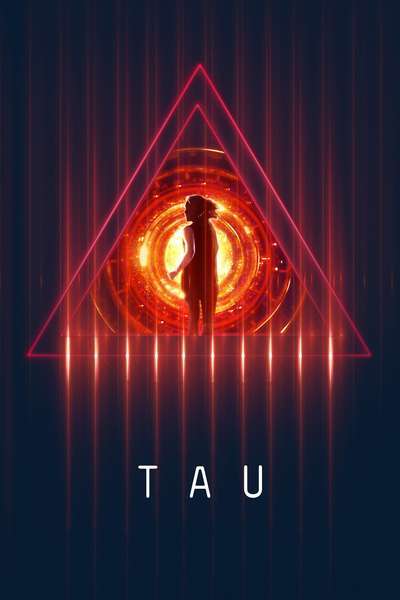